Doctors say lowering the age for vaccine eligibility to 18+ will help target those still spreading the virus. 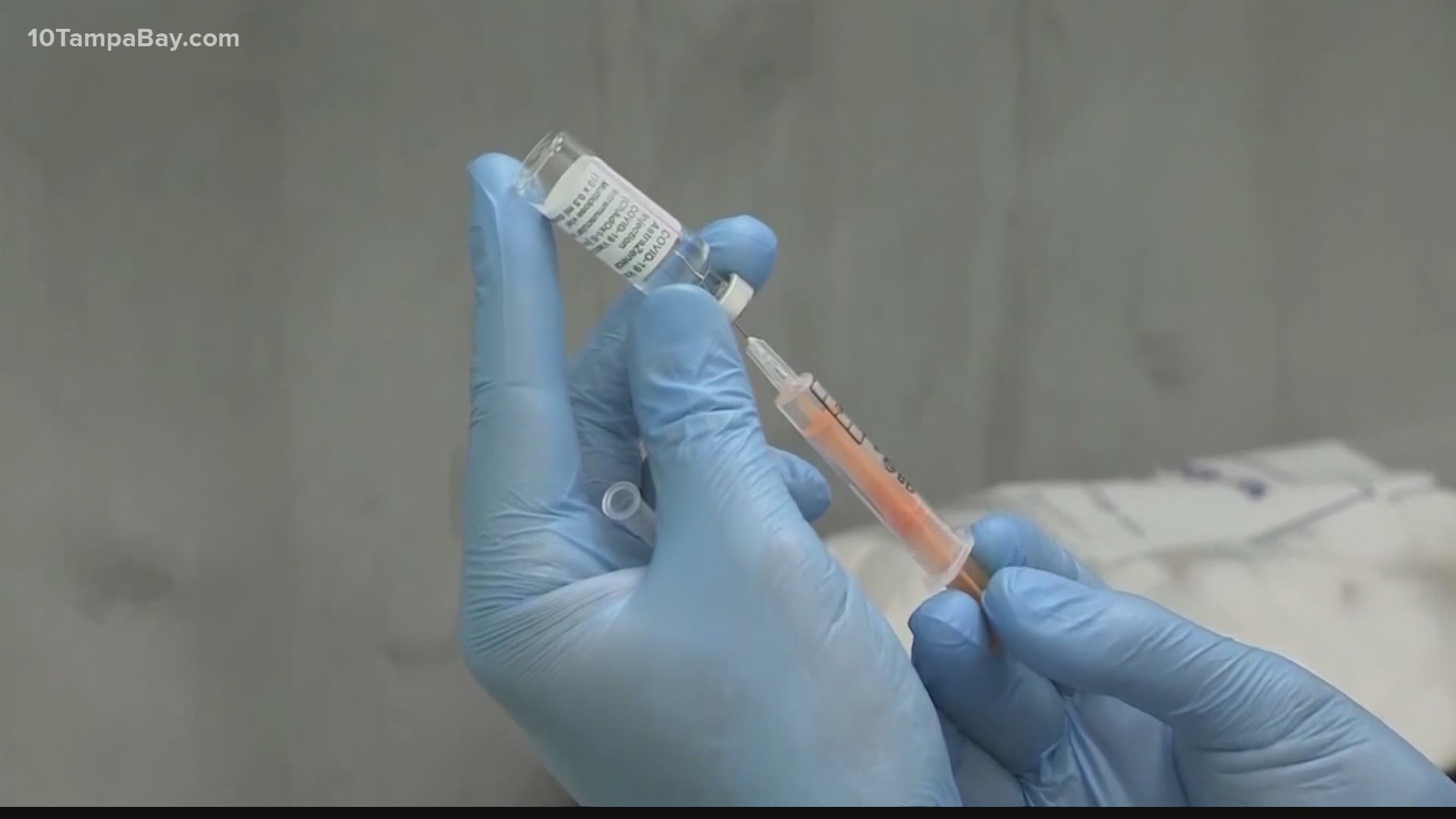 TAMPA, Fla — Increased vaccinations could be our way out of the pandemic, but scientists say it might not be happening quickly enough.

The mathematical modeler has been forecasting the pandemic in the state for a year now. Weeks after the latest peak of COVID-19 cases, he says things aren't over yet.

"We could see a resurgence if people have this false sense of security, thinking that it's all over. This is a warning that the pandemic is stalling. It's a warning that it is pondering where to go next," Michael said.

Future forecasts show two different scenarios for the spread of the virus in Florida. In one model cases go down, the other is a rising wave.

The virologist says the parties could be more dangerous than we think.

With highly contagious variants in the state, doctors want vaccinations focused on those 24-49. Lowering the age for vaccine eligibility to 18+ in a few weeks will help.

"We cannot stop spread until we get the people that are spreading it. That's that highly, highly mobile group," Dr. Jill Roberts with USF Public Health said.

The epidemiologist says the state won't reach herd immunity until most of the population under 18 is vaccinated. Census data shows that age group makes up 20 percent of the state.

"We're only going to be able to hit 80 percent herd immunity with infection and vaccination if that covered everybody outside of that age group. But it won't. Not everybody will get the vaccine, not everybody will get infected, so we've got to get that 18 and under group included as well," Roberts said.

Governor Ron DeSantis announced Thursday the state will lower the age for vaccine eligibility to 40 on March 29. The age will be lowered to 18+ on April 5.