Infectious disease experts say data that's released in the next two to three weeks will be key to finding out if the state reopened too early. 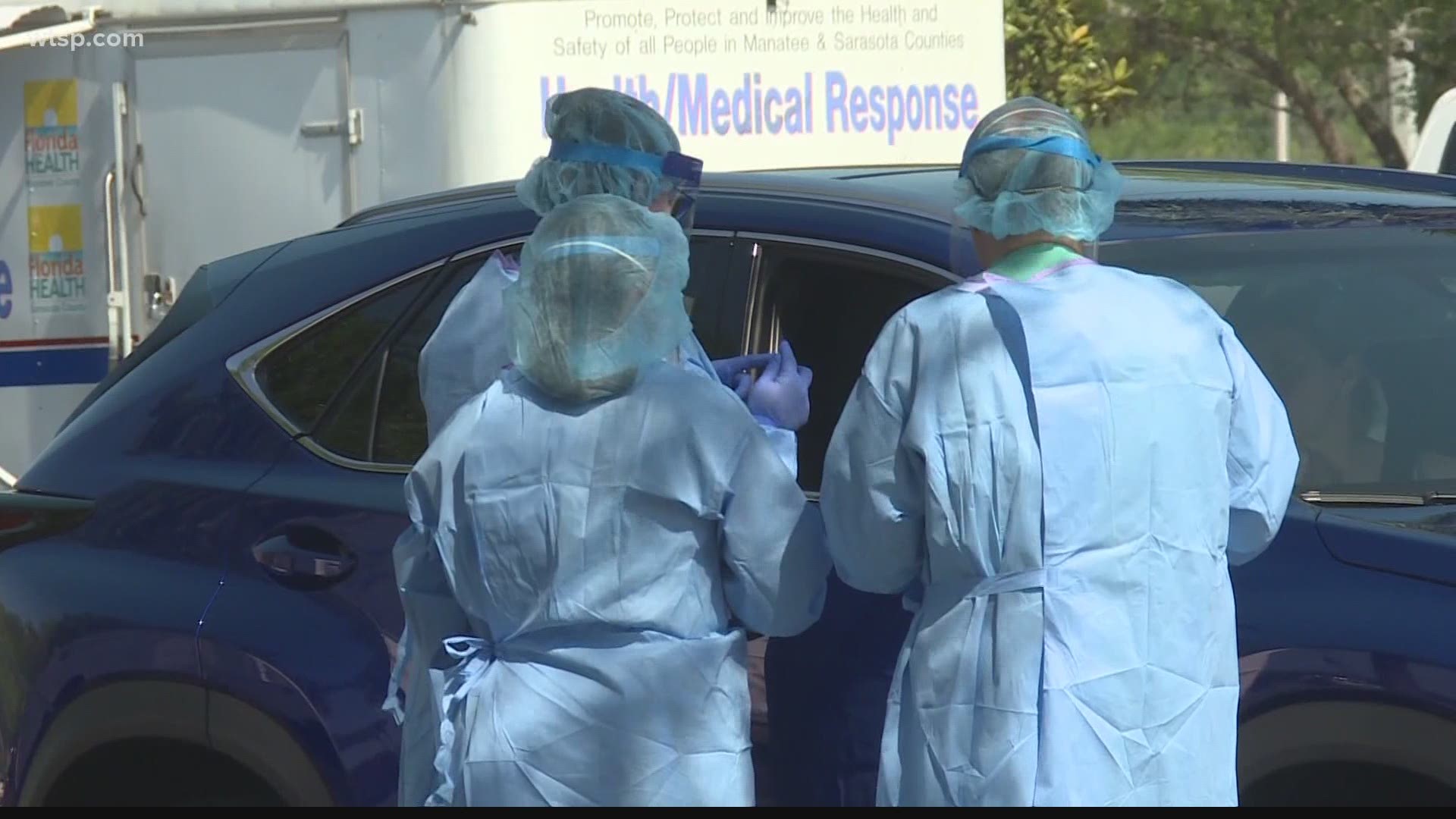 TAMPA, Fla. — Just as Florida started Phase 1 of reopening, many are anxious to find out when the state could continue moving forward.

Infectious disease experts say data released in the next two to three weeks will be key to finding out if the state reopened too early.

"If we see a serious rebound of cases, we made a mistake, we opened too early and it was probably that piece that was missing," Dr. Jill Roberts said.

Dr. Roberts with University of South Florida Public Health says the state didn't wait for a steady decrease in positive coronavirus cases before moving into Phase 1 and it could cost us.

"That's why I keep saying we have to test, test, test to say, 'OK are we okay? Was opening at 25 percent OK? We haven't overwhelmed things? Or we did go to far?' If we did, we need to back off of some things," Dr. Roberts said.

Three days into Phase 1 and people are out trying to enjoy a break from quarantine. Restaurants are open at 25 percent capacity, social distancing is still in place, and groups of more than 10 people aren't allowed.

"I think we're an early adopter of the guidelines to reopen. That has good ramifications and bad. Maybe that's a good thing because it can have so much of an effect on our economy. The bad side of it is we have so much population. Our population being as high as it is actually does aid on the spread," Dr. Roberts said.

That's why she says jumping into Phase 2 wouldn't be the right move.

The next step in Florida looks to keep people 6 feet apart, with gatherings of no more than 50 allowed. Restaurants, salons, and gyms will be at 75 percent capacity. Bars and sporting events will function at 50 percent capacity.

Those are the three things experts will be looking at in the next coming weeks.

Roberts says we can be hopeful the state will take the next step soon, but we need to follow CDC guidelines to get there.

"So as long as you're still wearing that mask and you're still washing your hands and still doing all those things, you play a roll in actually increasing our chances of having that second reopening phase come faster," Dr. Roberts said.

As of yet, DeSantis has not set a timeline for Phase 2, but said he would look to other states as part of that process.

RELATED: Restaurants can reopen; here's why some are not

RELATED: When can we get haircuts? Florida’s governor wants to ‘safely’ reopen barbershops