The uptick in the 25-49 age group, which is most likely to spread the virus, poses a threat to the state’s vulnerable and older population not yet vaccinated. 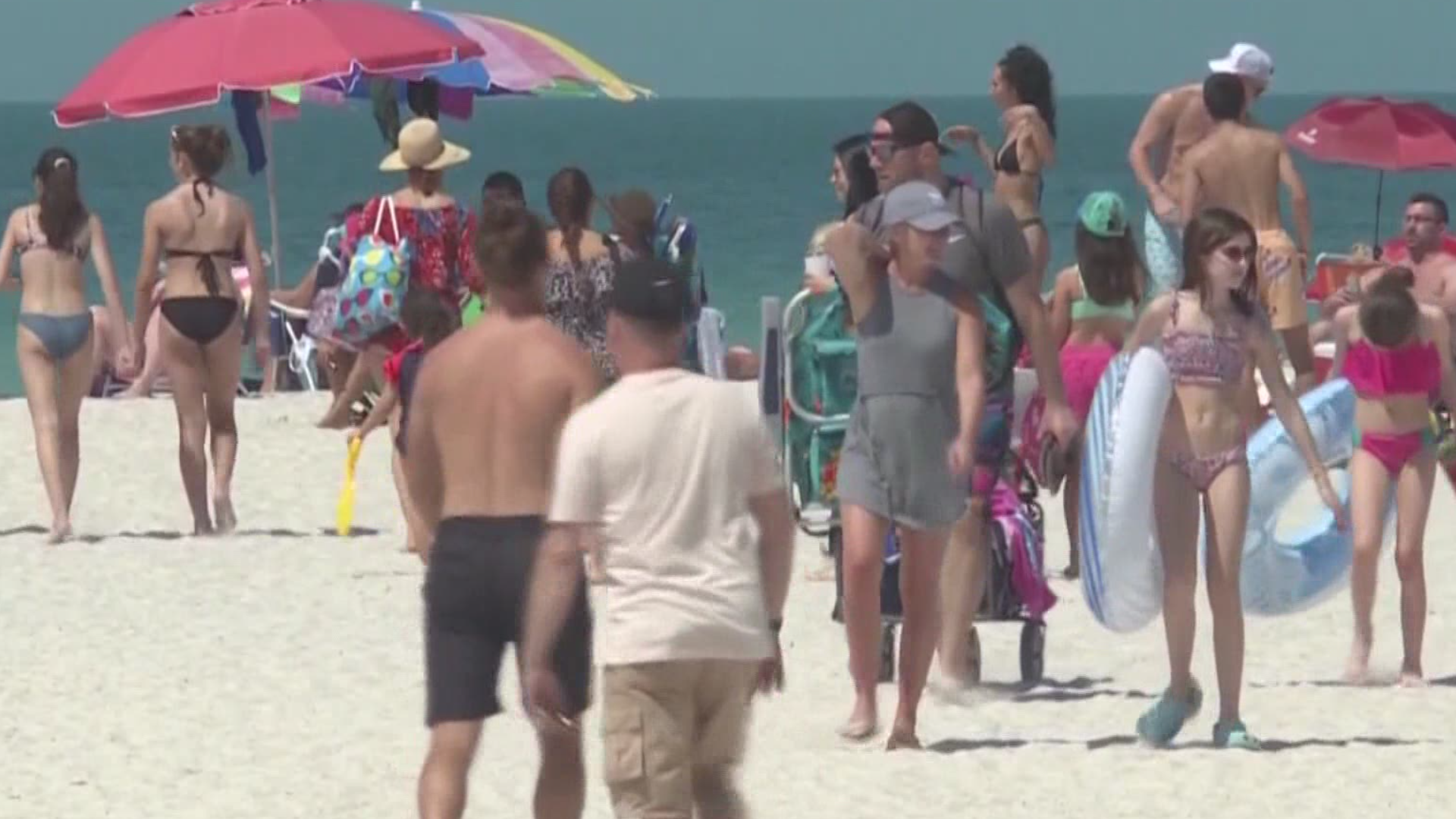 ST. PETERSBURG, Fla. — Several weeks into spring break, there's a new trend that could be trouble.

New COVID-19 cases, which for weeks have been dropping before flattening off, are starting to rise again as spring breakers descend on Florida.

University of South Florida epidemiologist Jason Salemi, who closely tracks the data through his own online dashboards, says he’s watching the uptick primarily in younger people and he’s seeing it particularly in the state’s largest metro areas—Tampa, Orlando and Miami.

“When you have hot destination spots, and you've got COVID fatigue … if we would've expected anything differently I think we would've been fooling ourselves,” Salemi said.

The percentage of tests coming back positive is also up for the first time this week, he said, after it had been on the decline every week since mid-January in Hillsborough, Orange and Miami-Dade counties.

The positivity rate is one of the first indicators of spread in a community, Salemi said, and his data shows the 25-49 age group is driving the uptick.

In Hillsborough, his data analysis shows daily new cases in that age range are up 30 percent on average compared to two weeks ago.

While it might not be time to panic, he said, it is important we pay attention.

Increasing cases among younger people more likely to spread the virus and new more contagious variants pose a significant risk to the millions of Floridians considered most vulnerable who are still not vaccinated.

"Although we've been making great progress on getting people vaccinated there's still a lot more people in our population who are in these high-risk subsets,” he said.

While 70 percent of seniors 65 and older are vaccinated, according to state-provided data, 30 percent – or about 1.3 million – still haven’t gotten any shot. About 25 percent – or roughly 1 million seniors – are not yet fully vaccinated.

It’s the reason doctors have also said that the focus should remain on vaccinating Florida’s elderly and medically vulnerable before officials consider opening up vaccine eligibility to everyone.

"We've learned unfortunately that when community transmission is very high it's very hard to protect the vulnerable,” Salemi said. “When I look at those numbers that's a lot of people who are still vulnerable and that's not even counting the more vulnerable people are under 65 years of age."