As COVID-19 cases rise by thousands in Florida, state is back in 'danger zone,' experts say

Hardee, Hillsborough and Polk counties are at high risk for community spread. 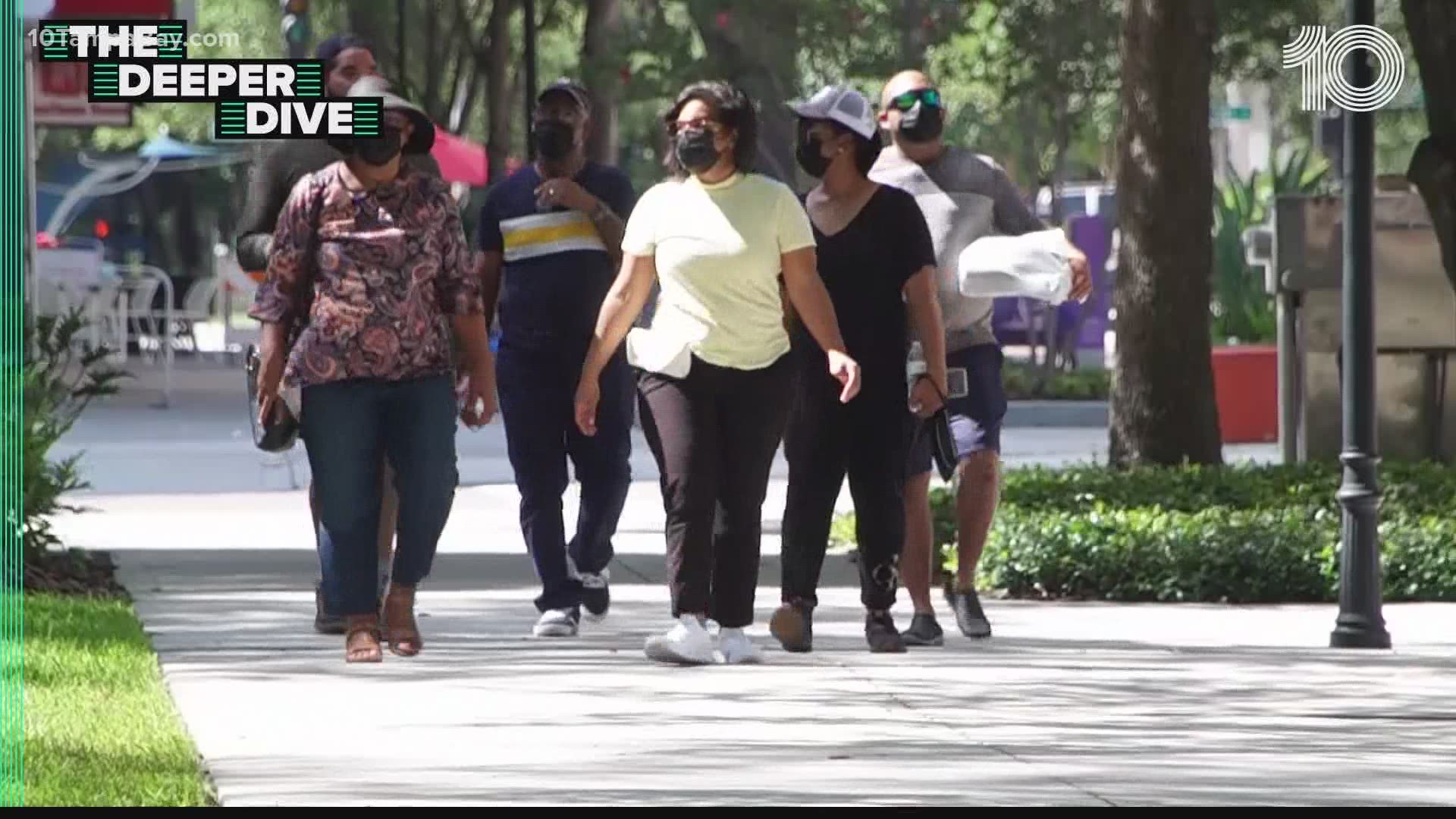 TAMPA, Fla — As they take a look at the data, scientists fear Florida is losing control of the COVID-19 pandemic.

"This is now becoming an issue. We're seeing a lot of what I would think is preventable, severe illness," said Dr. Jason Salemi with USF Public Health.

The public health expert believes the numbers could get worse before they get better and he isn't surprised.

"Unfortunately, I'm not surprised at what's happened in the past couple of weeks. Maybe the speed with which it's happening has been a little bit surprising," Salemi said.

The primary driving force now is the more contagious delta variant. A risk factor map from Harvard University shows Florida is at its tipping point with cases. Most of Florida's northern counties are at high risk for community spread. Here in Tampa Bay, Hardee, Hillsborough and Polk counties are painted red.

"You can actually see vaccine coverage versus where we're getting new cases. No vaccine coverage is pretty much, you know, very closely correlated with where all the cases are," said Dr. Michael Teng with USF Public Health.

The virologist says lagging vaccinations and relaxed behavior have allowed the variant to spread rapidly.

"This delta variant is much more transmissible, which means you need a higher number of people within the population to be immune to the virus in order to block transmission," Teng said.

But only about 58% of the population has gotten at least one dose of the vaccine. Dr. Tom Unnasch USF Public Health says we haven't achieved herd immunity yet.

"We probably need to be closer to 85 percent, so we're still quite a long way away," Unnasch said.