It's the most new cases reported since the pandemic began. 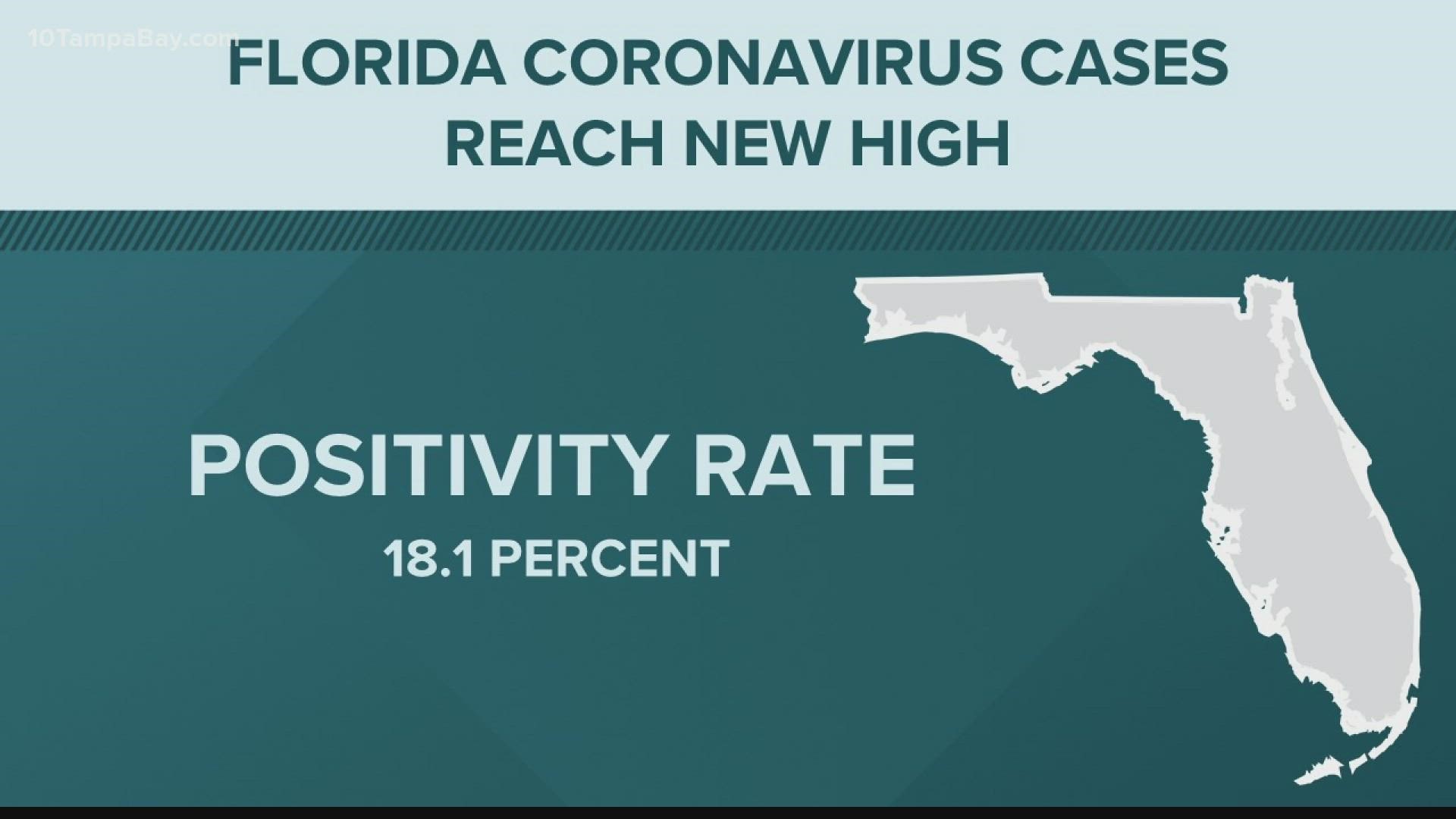 TAMPA, Fla. — Editor's note: The video above is from a previous story.

Florida has reported its highest-ever daily total for new COVID-19 cases, according to CDC data.

The data, which the Florida health department says it sends to the CDC, says the state recorded 21,683 new cases on July 30, the most since the start of the pandemic. Previously, the highest single-day number the state reported was 19,816 on Jan. 6.

According to the Florida health department's weekly COVID-19 report, the state reported 110,477 new COVID-19 cases between July 23 and July 29. The report says the state's current percent positivity rate is 18.1 percent. A total of 2,590,699 people have tested positive for the virus in Florida since the pandemic began, the report stated.

The state has become the new national epicenter for the virus, accounting for around a fifth of all new cases in the U.S. Florida Gov. Ron DeSantis has resisted mandatory mask mandates and vaccine requirements, and along with the Florida Legislature, has limited local officials’ ability to impose measures meant to stop the spread of COVID-19.

According to the Centers for Disease Control and Prevention data, Florida's surge in cases is happening more dramatically than previously during the pandemic. The state's current seven-day moving average for new cases hasn't been seen since the winter. A time when Florida saw its worst outbreak of cases.

The number of patients being hospitalized with confirmed COVID-19 cases is also mirroring the wintertime peak, according to the CDC.

The CDC figures on Saturday showed how quickly the number of cases is rising in the Sunshine State. Only a day earlier, Florida reported about 17,000 new daily cases.

On Tuesday, the CDC reversed course on its masking recommendations for vaccinated people, urging that even they should continue wearing masks while indoors in parts of the U.S. where there's high transmission of the delta variant.

This new data, Walensky said, prompted the change, and "it is concerning enough that we feel like we have to act."