How many people have been vaccinated? Tracking Florida's path to herd immunity

According to scientists, around 50 to 90 percent of a population must be vaccinated in order to reach herd immunity. 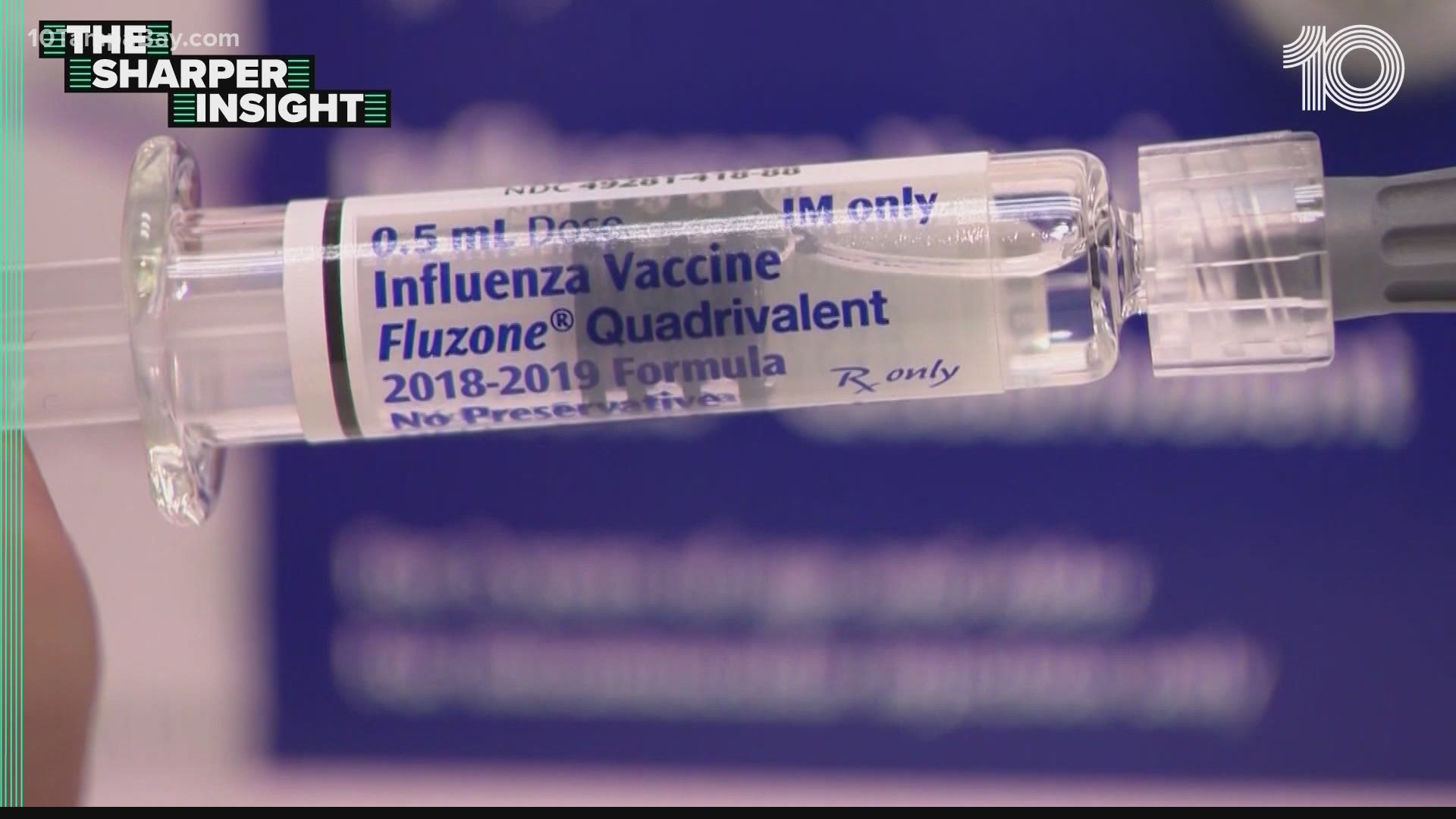 TAMPA, Fla. — It's a term that's recently become popularized as the United States continues its nationwide rollout of the COVID-19 vaccine.

The medical breakthrough will give many a fighting chance against the coronavirus and hopefully help bring back some normalcy to everyday life.

The end goal of vaccinating would be to help states reach a level of herd immunity. What that means is a majority of the population is immune to an infectious disease, slowing down the rate at which it spreads.

So, if 80 percent of a population is immune to the virus, four out of five people would not get sick if they encountered someone who has been infected, possibly unable to spread the disease any further.

According to Johns Hopkins University, 50 to 90 percent of a population would have to be immune in order to reach herd immunity. And while there's no exact percentage for COVID-19, scientists estimate 70 percent would be the threshold.

We recently talked with Dr. Jill Roberts. She's a molecular epidemiologist with a background in microbiology. She's also a public health advocate. She'd like to see closer to 90 percent of Floridians vaccinated. But, we'll use 70 percent for the purposes of the chart below.

Florida began distributing COVID-19 vaccines in early December. But, only health care workers, first responders and seniors are in the first group to be vaccinated. The state's initial rollout has been plagued by supply issues, causing delays for many in need of vaccines.

Using census information and data from Florida's Department of Health, we charted Florida's course to herd immunity. In order for the state's 21.4 million residents to reach that goal, roughly 15 million people must be vaccinated.

NOTE: This chart was created using data from the Florida Department of Health's daily vaccine report. Numbers may fluctuate as hospitals and labs send new information to the state.

At the moment, scientists do not know the exact proportion of the population that must be vaccinated to reach herd immunity. The 70 percent we are using is an estimation by Johns Hopkins University. As more research is done, the threshold will be better understood.

According to the Florida Department of Health's latest report, 1,509,746 people across the state's 67 counties have been given the first dose of the COVID-19 vaccine.

Another 1,852,466 people have received the second dose, meaning they are considered fully immunized.

As of Friday's report, 701,849 of the state's vaccinations took place in the greater Tampa Bay area. More rural areas are seeing fewer vaccines due to the "ultra-cold" storing requirements the Pfizer vaccine requires.