It is effective immediately. 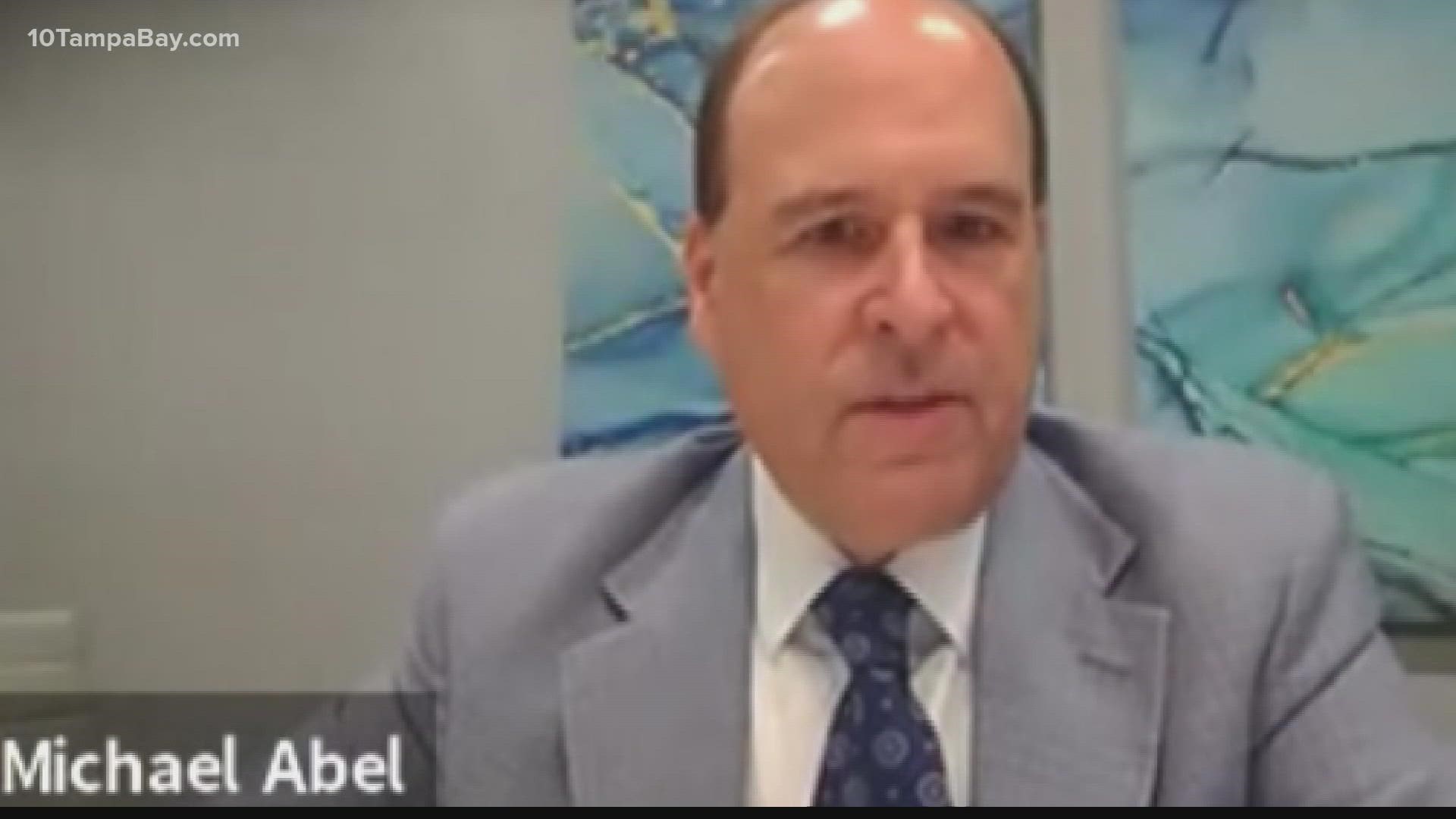 A judge decided that Gov. Ron DeSantis' ban on school mask mandates cannot be enforced while the state appeals an earlier ruling.

Judge John Cooper overturned an automatic stay Wednesday that had been put in place last week by the state's appeal, citing an immediate threat to children's health due to COVID-19.

It is effective immediately.

Legal experts from Cooley Law School said this means if your child is in a Florida school district where masks are mandatory, they will need to continue to wear a mask, unless they opted out. "The effect of it is that when the children go to school tomorrow (Thursday) and if their school boards decide that there is a mandatory mask mandate, they have that authority, children must follow that mandate," Associate Professor Renalia DuBose explained.

If your child is in a school district where masks are optional, DuBose said that could change.

"He (Judge Cooper) has given all 67 districts the authority to defy the order because the order is illegal," DuBose added.

Cooper said he could not remember a previous case when he'd lifted a stay, but that given the immediate threat of the COVID delta variant, this was different.

"In particular, for children under 12, they cannot be vaccinated," he said.

Last month, Cooper decided the governor crossed his constitutional authority by issuing the executive order that directed the Florida Department of Education and Department of Health to issue emergency rules “protecting the rights of parents to make this decision about wearing masks for their children.”

The judge did not focus on whether he supported mask mandates but rather on which agencies have the power to make decisions about public health.

"The school district which adopts a policy such as a mask mandate is acting within discretion given to it by the legislature in the Florida 'Parents' Bill of Rights,'" Cooper said.

The judge filed his ruling on Thursday, Sept. 2. Later that evening, DeSantis' administration filed their appeal to the 1st District Court of Appeal in Tallahassee, which triggered an automatic stay. That meant Cooper’s ruling would be invalid until the appellate court made its ruling.

Not too long after the appeal was filed, the same attorneys who fought DeSantis' executive order filed a motion to vacate the automatic stay. Following Wednesday's ruling, they have succeeded.

However, the District Court of Appeal could reinstate the stay, in which case Charles Gallagher, an attorney for the plaintiffs says his team will file a motion to vacate the stay at the appellate level.

Attorneys for parents suing to allow school districts to impose the mandates said the state and the governor would not suffer harm during the appellate process, but that children or those around them could get sick. Perhaps worse.

“Allowing for a stay for days, weeks or months during the appellate process will mean more sick and dead children in Florida schools in Florida,” Gallagher said.

Attorneys representing the state accused the plaintiffs of using scare tactics. The issue at hand, they said, was about the law.

"And I would say that an argument that says that lifting the stay will bring death to Florida school children that that rhetoric is unhelpful and irresponsible in terms of assessing this motion," said Mike Abel, representing the state.

Before the judge's ruling, DeSantis expressed some optimism but said the state was more likely to succeed in the appeals process, saying, "we almost always win."

"I don't think that he's going to lift the stay, the judge will lift the stay, but if it is lifted, I am confident that will be reinstated..." DeSantis said. 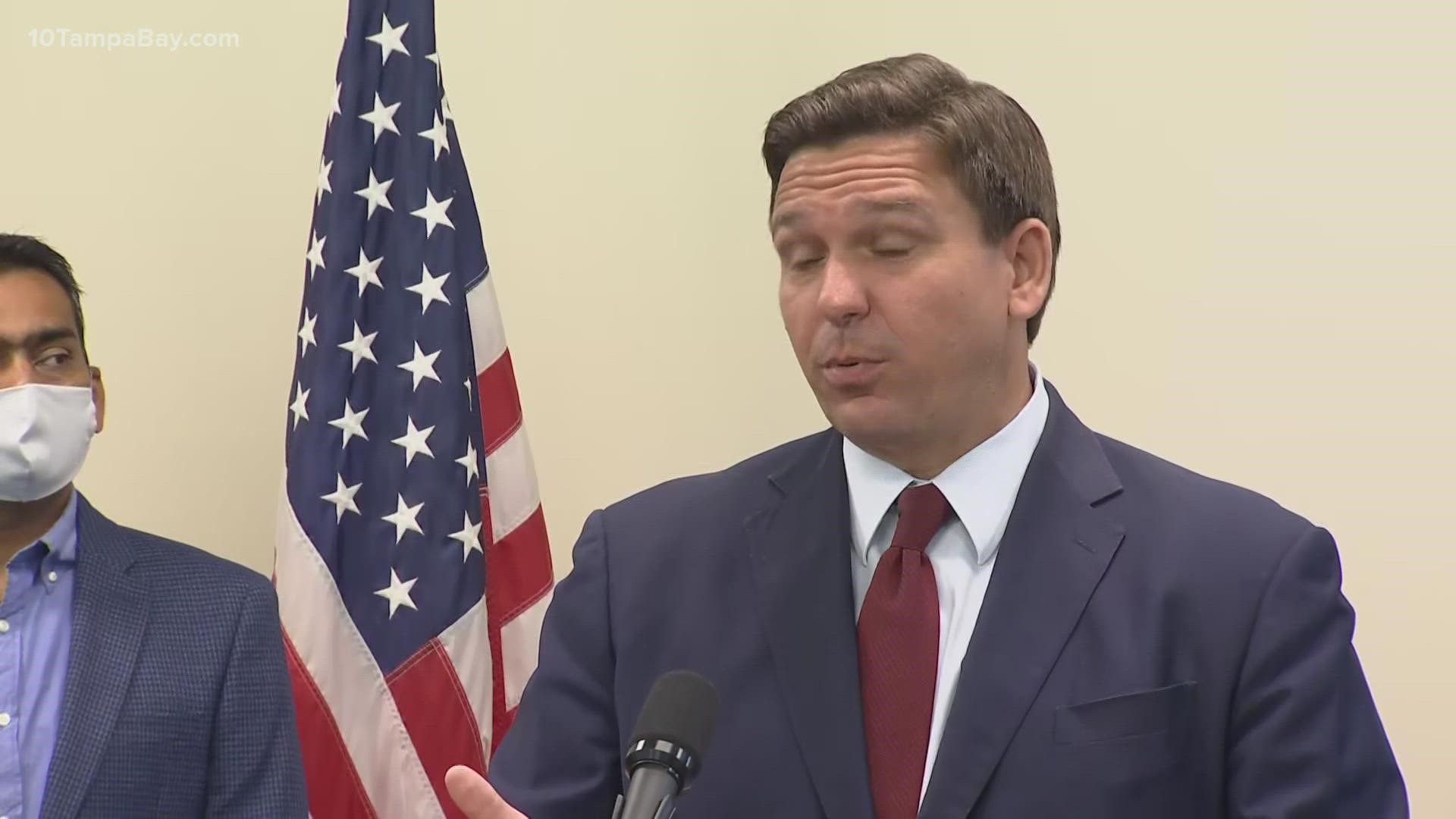 Cooper acknowledged the state made several points he agreed with, and that the appellate court probably will, as well. But in the interim, people could suffer irreparable harm, Cooper said, if he didn’t lift the stay.

"We are in a pandemic," Cooper said. “We have children who can’t be protected by vaccination.”

"No surprise here that Judge Cooper concluded that he is unlikely to be overruled on appeal.  We (unsurprisingly) disagree. Today we plan to file our emergency motion to reinstate the stay, and we anticipate the appellate court will rule quickly, much like during the school re-opening case last year."

DeSantis and state education officials have threatened school districts with financial penalties if they adopt mask requirements without a parental opt-out provision.

DuBose said with how things currently are, DeSantis can't take the salaries of school board members who defied his executive order.

"Cannot happen. The governor has the right to remove officials from their official duties, but it has to be for something that violates the law," DuBose explained. "This did not violate the law. The judge said this didn’t violate the law, so he doesn’t have that authority."

Here in the Tampa Bay area, both Hillsborough County and Sarasota County school districts said they would keep their mask mandates in place. According to DuBose, any Florida school district can do the same. “Any school board can meet and pass a mask mandate. The executive order has been struck down in court," DuBose stated.