Multisystem inflammatory syndrome in children is a rare but severe condition that has been reported approximately 2–4 weeks after the onset of COVID-19 in children. 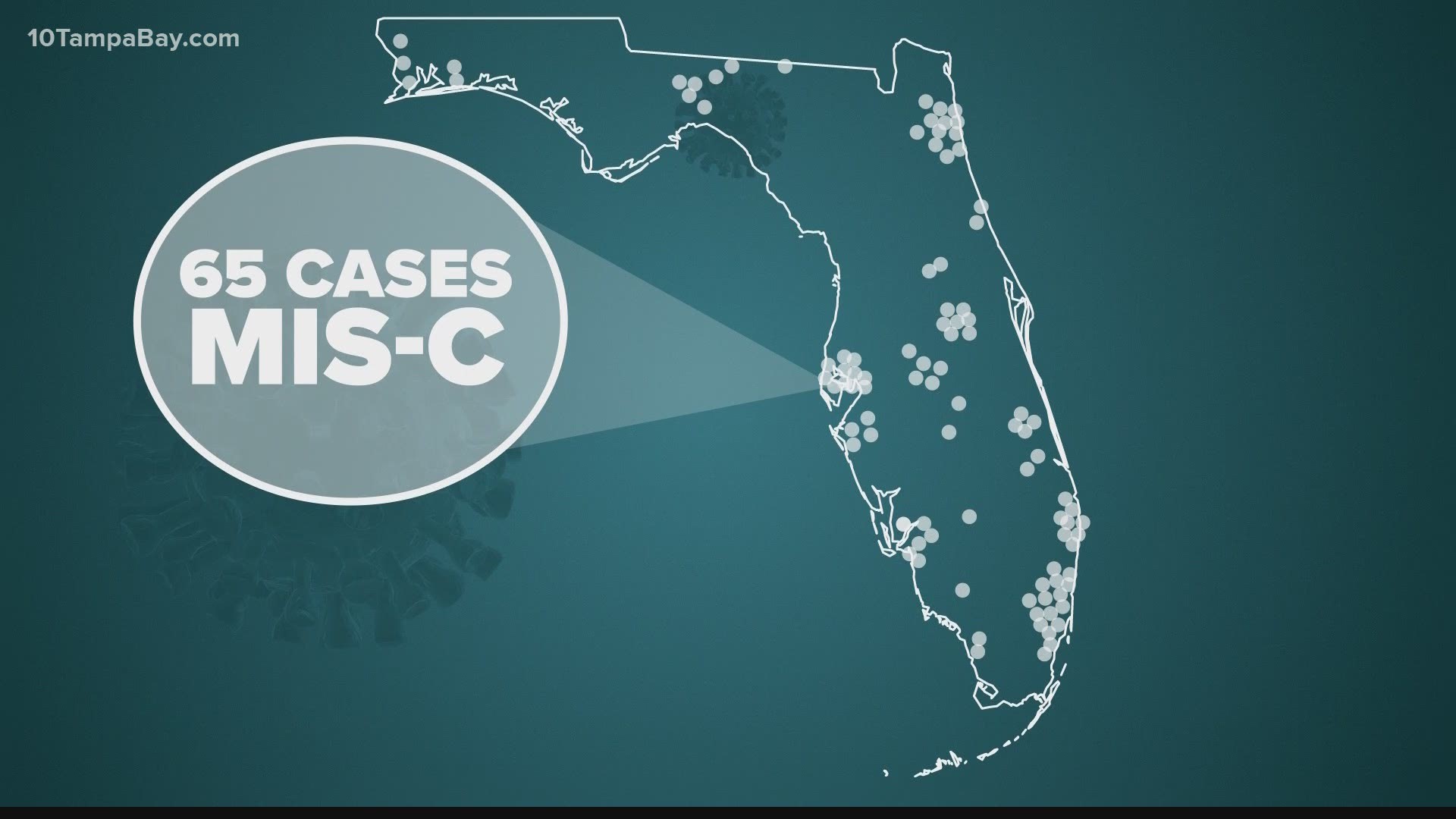 TAMPA, Fla. — More than a half-million children in the U.S. have tested positive for coronavirus since the pandemic started. But there's another, rare health threat that's affecting kids, some of them in Florida.

Multisystem inflammatory syndrome in children (MIS-C) is a rare but severe condition that has been reported approximately 2–4 weeks after the onset of COVID-19 in children and adolescents.

"My mom and dad checked my fever and it was at like 90 something and then in the night I woke up because it was bad," Zane Wampler said.

That was back in July, the 9-year-old's fever was above 105 when his parents took him to the hospital. The family from Tavernier, Florida went to the hospital three times before being transported to Nicklaus Children's Hospital in Miami where Zane was diagnosed with MIS-C.

He tested negative for COVID-19, but doctors found out he had antibodies for the virus, meaning he had it months before.

"It was just a very scary time. It's really emotional. Being in a hospital with your child and not knowing if you're going to take them home. That was something that I truly experienced and you pray and you throw out every Hail Mary. Anything you think will help your child," Leah Wampler said.

His face was swollen and doctors later found out some of his internal organs were inflamed all signs of MIS-C. Zane is one of 65 children who have have been diagnosed in Florida. The rate of children getting the virus has more than doubled in the last month.

"We're still learning a lot about this virus. I don't know why the numbers have gone up so significantly because they started trending upward even for schools opened," Dr. José Jiménez with Small World Pediatrics said.

The virus is so rare that pediatricians are still trying to learn more about it. The CDC says the syndrome is closely associated with COVID-19. It's common in children who are asymptomatic and have not had shortness of breath as Zane did.

The Wampler's say Zane was discharged in early August, but spend 19 days in the hospital. He still has regular check-ups at the doctor and his organs are still inflamed.

"Make sure that you're your child's advocate because if I had not brought Zane back, we would be having a much different conversation," Leah Wampler said.

RELATED: If your child is back in a classroom, look for symptoms of this dangerous COVID-19 complication

RELATED: Children with no COVID-19 symptoms may be more contagious than sick adults, study finds