Florida to be part of COVID-19 vaccine pilot program, but it's not what you might think

It's not to test a vaccine. It’s a test run for once we have a vaccine. 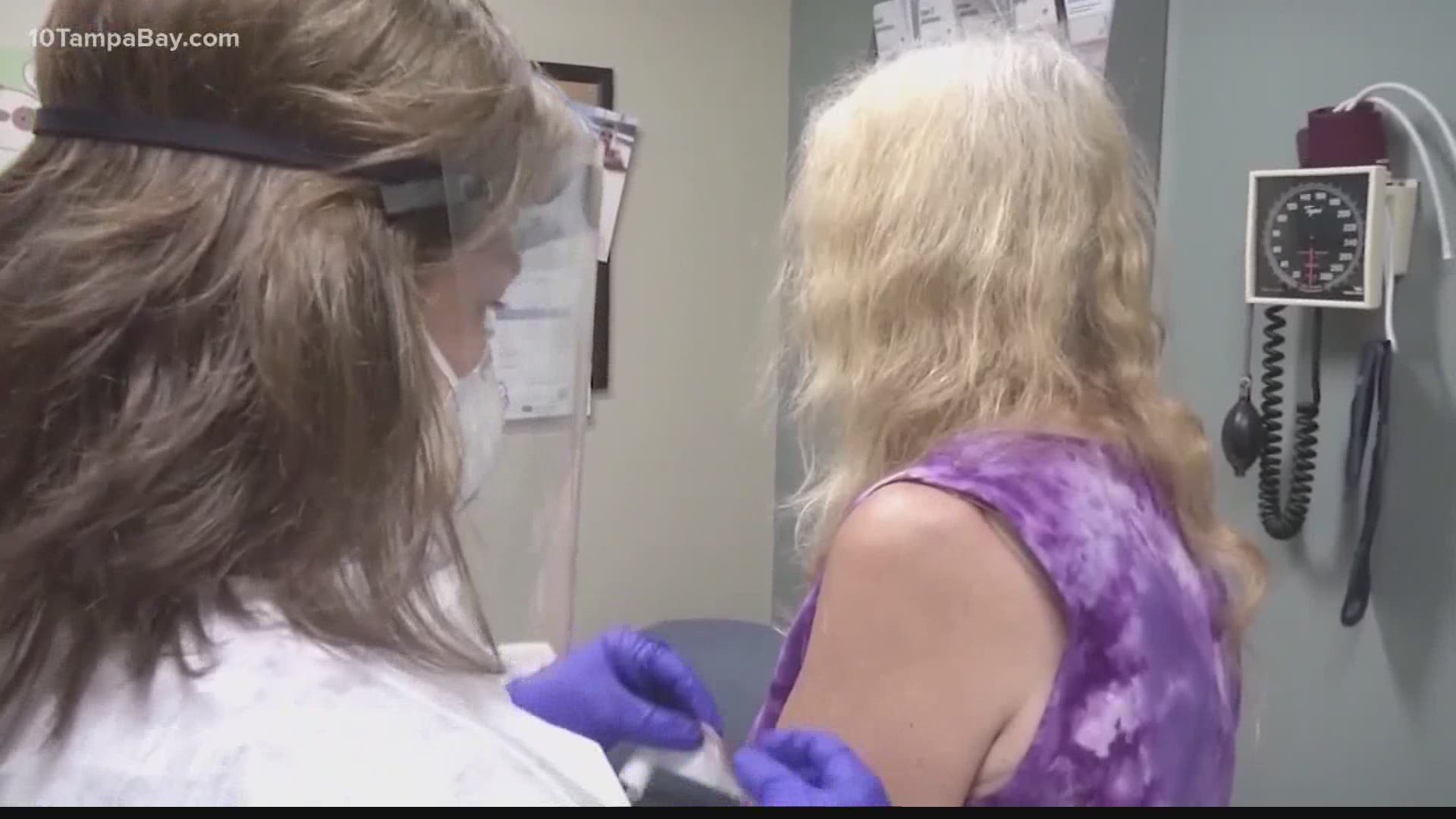 ST. PETERSBURG, Fla. — Florida is set to be part of a COVID-19 vaccine pilot program conducted by the Centers for Disease Control and Prevention.

The Florida Department of Health confirms the state will work with the federal government, not on testing a vaccine, but testing how an eventual vaccine will be distributed.

RELATED: Florida picked to be part of COVID-19 vaccine pilot

“The Department has a long history of participation in the CDC's Medical County Measure Program which includes the ability to receive, stage, store, distribute, and dispense vaccinations,” a health department spokesperson said in an email. “For COVID-19 vaccinations, we have held an initial interest meeting with CDC to discuss the pilot.”

Meetings will come at a later date to discuss the scope and direction of the pilot project, the spokesperson said.

The CDC did not immediately respond to requests for more information about the pilot program.

California, North Dakota and Minnesota have also been chosen to participate.

“It’s going to give the federal government a good sense of what it’s going to take coordinate, design, manage and control the implementation of actual vaccination program nationwide,” Wolfson said.

When it comes to distribution, University of South Florida virologist Dr. Michael Teng says it’s not just about getting the vaccine to people who want it, but deciding which communities to prioritize first.

Health officials in North Dakota said their state was chosen, in part, due to the federal government’s interest in studying distribution strategies to the Native American population there.

Teng says Florida has a large, unique population of its own that could be of heightened interest to federal officials: older people in assisted living facilities and those who care for them.

“These are probably the high-risk patients we’re going to want to vaccinate first so it does make sense to come to Florida and at least test distribution and figure out what can and can’t work,” Teng said.

First reported by Congressional Quarterly Roll Call, federal officials are planning visits to each of the four states. They’ll determine distribution models based on what they learn during those visits.

“It’s absolutely the right thing to do,” Wolfson said. “One of the first times we’ve actually gotten ahead of something.”

Currently, hundreds of COVID-19 vaccines are being developed worldwide. Eight are in Phase 3 clinical trials in humans.

In May, President Donald Trump announced Operation Warp Speed with an objective to “finish developing, and then to manufacture and distribute, a proven coronavirus vaccine as fast as possible."

The federal government has already invested more than $2 billion into what it's betting are the likeliest to win FDA approval the fastest. Pfizer, Johnson & Johnson, Merck, AstraZeneca and Moderna are among the front-runners.

Public health experts believe at least 70 percent of the population must be vaccinated to achieve herd immunity, but some officials think demand will be greater than supply.

CBS News contributed to this report