'Ineligible' for unemployment assistance? Florida wants you to apply again

It's possible people who are not eligible for state benefits could receive benefits from the federal government instead. 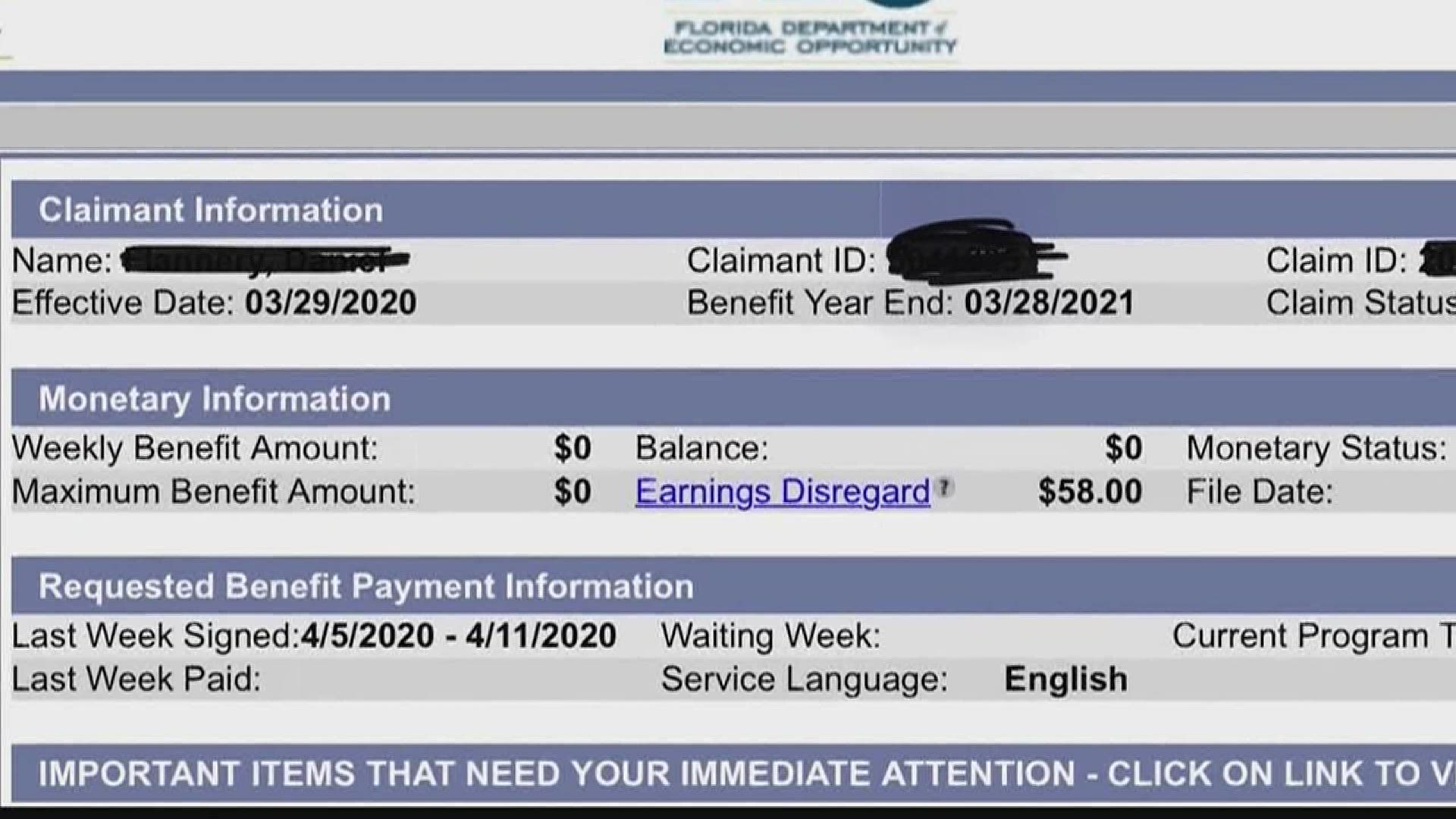 ST. PETERSBURG, Fla. — Hundreds of thousands of people who spent time -- hours that stretched into days -- working through Florida's troubled unemployment system have found themselves "ineligible for reemployment assistance."

That means a payout of zero dollars, but there's another option: try again.

The Florida Department of Economic Opportunity on Tuesday announced people who were marked as "ineligible" for state benefits might instead be eligible for special federal benefits.

As of Tuesday evening, about 40 percent of all claims processed -- about 267,912 claims -- have been found to be ineligible, according to the state's dashboard.

The state says people should work through a questionnaire on its FloridaJobs.org site to determine the best way to apply for benefits.

The PUA program provides people with up to $275 per week, for up to 39 weeks, plus an additional $600 per week of Federal Pandemic Unemployment Compensation through July 31, the latter of which is provided under the $2 trillion CARES Act, which was signed into law by President Donald Trump in March.

The latest guidance provided by state officials is on top of the numerous errors, crashes, obstacles and surge in traffic that have plagued the already-neglected unemployment system since the beginning of the coronavirus pandemic.

Florida DEO said some of the reasons why someone could be deemed ineligible for state benefits include wage base period issues, lack of wage history, multiple claims in one year, separation circumstances and other issues. People who also worked in the gig economy, were an independent contractor or self-employed also weren't eligible for traditional state benefits.

The state published a flow chart on its website to help many of those people through the process.

But there's another layer complicating matters: According to WKMG-TV, DEO Director of Communication Tiffany Vause said people who filed a claim in the first quarter of the year (prior to April 5) need to file a new application for the second quarter of the year (after April 5) because of state law.

Anyone who applied after April 5 and hasn't heard back yet from DEO needs to hold tight.

Florida DEO said more than 1.9 million unemployment claims have been submitted and of those, about 824,000 are unique. About 81 percent of those have been processed, while the remainder are in holding.