Florida's unemployment failures date back to 2013

Long before the world was dealing with a global pandemic, Florida's jobless benefits system was failing people in a time of crisis. 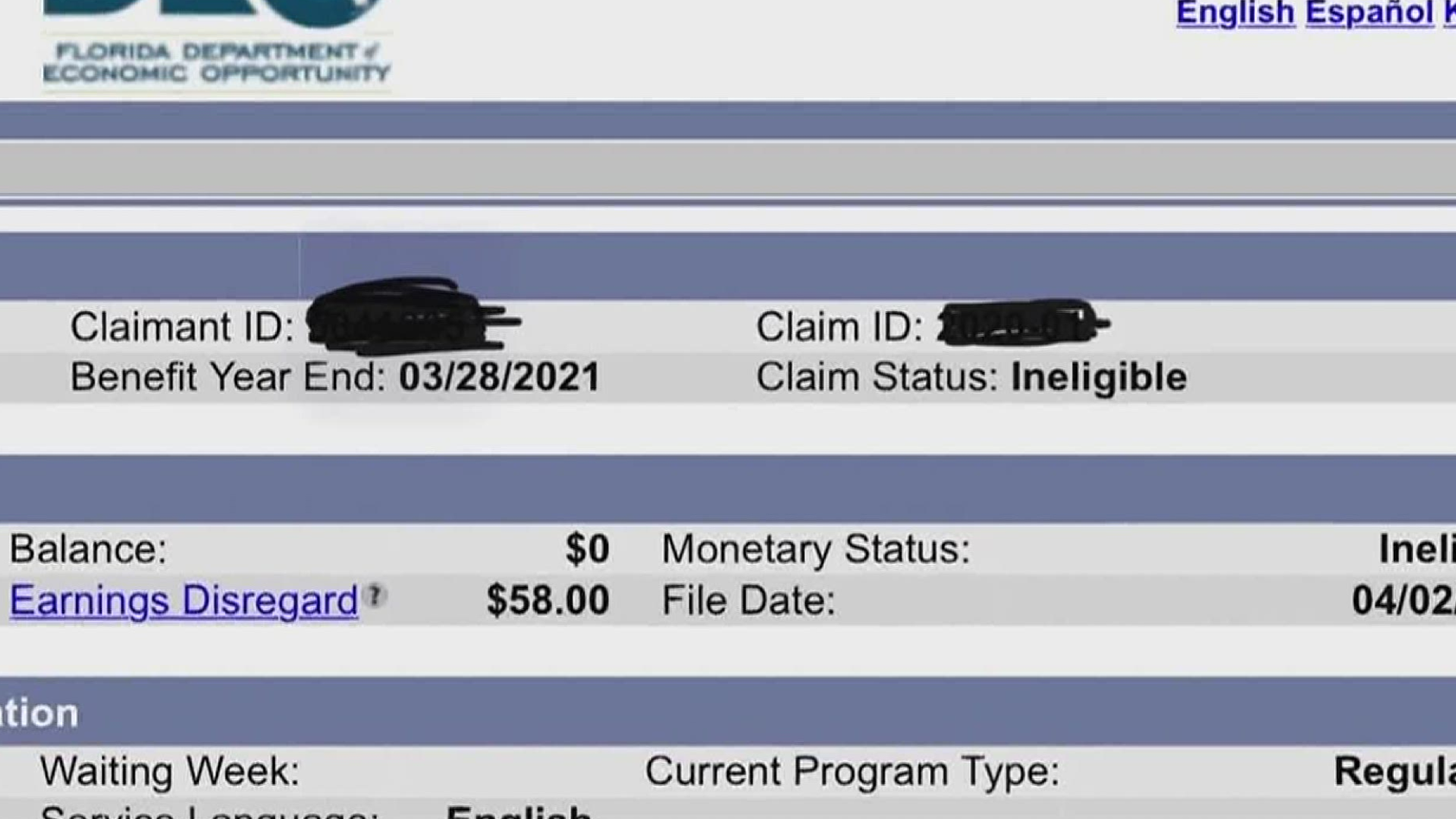 TALLAHASSEE, Fla. — This is a really tough time for hundreds of thousands of Floridians. A growing number of people are filing for unemployment assistance, and many are finding the system to be incredibly frustration.

Even Governor DeSantis has pointed out its numerous failures, but the problems date back long before he took office – years before the coronavirus pandemic.

10News dug into the archives and found story after story from 2013 and 2014 detailing Florida's failed unemployment system. Here are some of the things people living in Tampa Bay told 10News reporters at that time:

“I’d be homeless if I was depending on unemployment right now because I’ve got nothing."

"I’ve done everything I can besides literally getting in my car and driving to Tallahassee."

"That is the worst website you could ever use."

The website that person was referring to is the same one Florida's newly unemployed workers are struggling to navigate today. The state spent at least $70 million on CONNECT. It went live in 2013, and it's designed to streamline the process of filing jobless claims.

People were already complaining years ago of system failures, technological glitches and hours spent trying to talk to someone on the phone at the Department of Economic Opportunity.

"As you know the DEO is replacing a 30-year-old system. My big focus is make sure people have jobs so they don’t even have to look," then Governor – now U.S. Senator – Rick Scott told 10News at the time.

But today, there's very little anyone can do about the state's crumbling economy. Like much of the rest of the country, Florida is locked down in an attempt to slow the spread of COVID-19.

Countless businesses have been forced to close their doors, leaving employees without a paycheck.

And the system that's supposed to help them put food on the table is still failing. Hundreds of thousands of people who spent countless hours trying to sign up for benefits because of the coronavirus found themselves "ineligible for reemployment assistance."

Florida's Department of Economic Opportunity announced on Tuesday people who were marked as "ineligible" for state benefits might instead be eligible for special federal benefits.

Some state and federal lawmakers, including Reps. Charlie Crist and Kathy Castor, got together this week demanding Gov. DeSantis use his executive powers to provide urgent assistance to jobless Florida residents.

Castor believes the system was designed to fail.

"We’re in such an emergency situation here in Florida because of the intentional, calculated, premeditated, flawed unemployment system. It may be better for all of us to join together to say Floridians need more direct cash assistance," Castor said.

DeSantis has admitted the system has flaws but noted that any system would be overloaded by this surge in demand.

"The agency is working diligently to get more detailed information to individuals who may be eligible for federal benefits," a DEO spokesperson told 10News in an email.