While more than two dozen states have applied or been approved for the $300 federal unemployment supplemental payments, Florida is still evaluating. 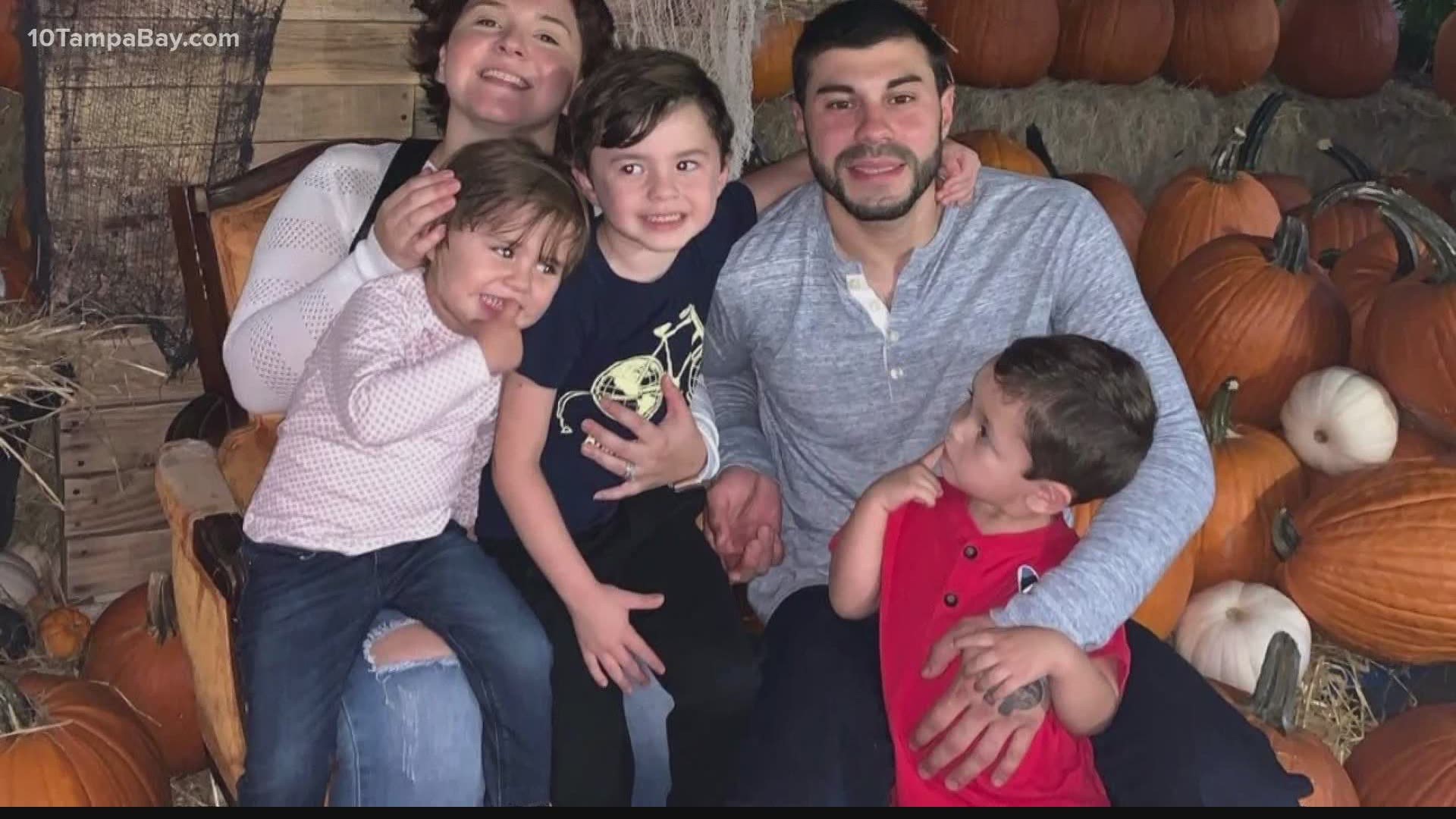 WESLEY CHAPEL, Fla. — For Manuel Nunez, the $250 a week he receives in state unemployment benefits is simply not enough to keep up with basic expenses.

The father of four young kids has been laid off since April from his restaurant job where he worked as a chef. With his wife now the only one working, they say they’re counting on supplemental federal unemployment payments to pay past due bills and keep the family afloat.

“Being able to survive is the biggest worry,” said Johanna Cabrera, Nunez’s wife. “Us having four kids, it’s not easy at all—we have to push bills back and extend bills so we can play catch up now.”

But Florida has yet to apply for the program, known as Lost Wages Assistance.

RELATED: Florida has not yet applied for additional unemployment funding

Initially, the president’s order stipulated states were on the hook to kick in an additional $100 if they took the money. Gov. Ron DeSantis expressed concerns about the financial feasibility and legality of the program.

The Trump administration has since offered new guidance, the New York Times reports, and is now allowing states to count existing benefits toward their share.

DeSantis didn’t bring up the issue during a press conference Monday afternoon in Miami. A spokesperson for his office has not responded to an email from 10 Tampa Bay asking if the governor was any closer to deciding on whether to apply.

His office said last week it was still reviewing guidance from the department of labor and FEMA before making a decision as to whether to apply or not. Previously DeSantis said there was a possibility the state could increase unemployment benefits—but he hasn’t specified how much or when that could happen.

“It’s very cruel how they can just go from $600 to nothing,” Nunez said. “He [DeSantis] is not thinking about his people, taking care of the middle-class people or the low-income working families like us.”

The lack of answers from the governor led Vanessa Brito, who has become an outspoken advocate for Florida’s unemployed and vocal critic of state officials, to petition for a constitutional amendment which she hopes will open up the door for DeSantis to be recalled from office.

Brito submitted forms to the state on Monday for a petition to change state law to allow state elected officials to be recalled from office. Current law applies to local elected officials only. Brito now hopes to collect enough signatures to get the amendment on the ballot.

At $275, Florida’s maximum weekly unemployment benefit is one of the lowest in the country.

As of Monday night, 35 states have already either applied, signaled an intent to apply or have been approved for the supplemental payments, according to UnemploymentPUA.com’s Lost Wages Assistance tracker.

The payments, however, might only last for up to three weeks, according to CBS News, and other claims are still being made to the FEMA fund, including from Iowa for $4 billion in disaster relief after a derecho with hurricane-force wind gusts destroyed thousands of homes.

States have until Sept. 10 to apply for the federal funds.