If you feel like you were exposed on Thanksgiving, wait to get tested on or around December 1. 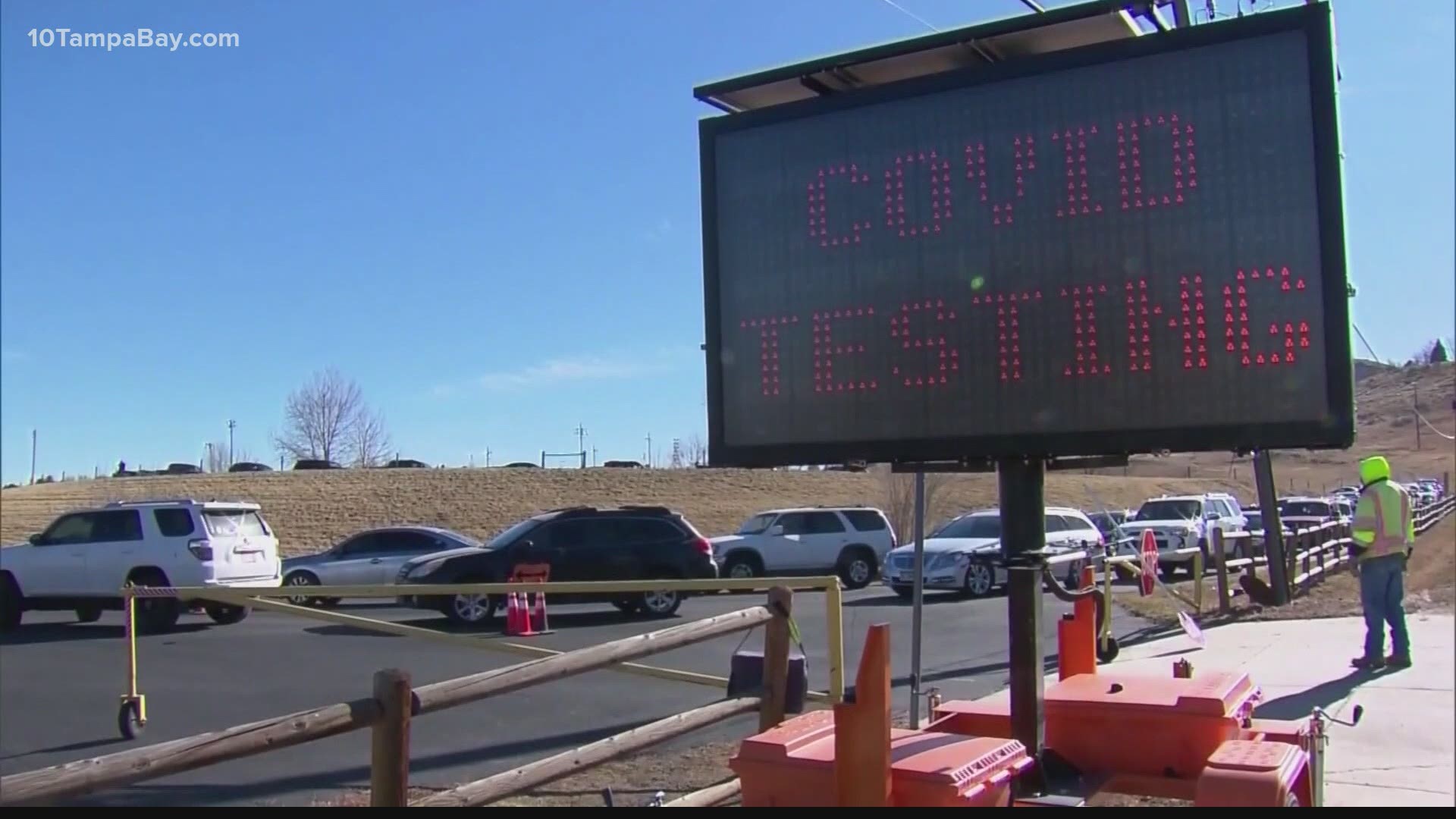 TAMPA, Fla — Thanksgiving is over, and the season of holiday shopping and festivities is officially underway.

And, we’ll have some of the busiest travel days of the year this weekend.

After that, public health experts will be closely watching and waiting to see how many or how few new coronavirus infections will come.

“About a week to two weeks after we have events, we start to see an increase in cases,” said longtime public health expert Dr. Marissa Levine of USF Health. “Somewhere around two to three weeks later, we see hospitalizations increase and then the biggest lagging indicator are the deaths that follow somewhere between four and eight weeks later.”

Levine says until that time, it’s hard to know how many Tampa Bay area families took precautions to keep their families safe.

“I was pleased on the one hand to see a lot of people change their plans and try to downsize,” Levine said. “We don’t really know how many people and what percent of the population did that, so the hospitalizations and deaths will really tell us over the coming weeks.”

“The tests are going to have a hard time picking (COVID) up immediately after your exposure, so generally it’s recommended four to five days later,” Levine said.

Looking ahead towards Christmas, if you plan to gather around the tree and want to be extra safe, everyone who plans to attend should quarantine for 14 days ahead of the festivities on December 25. That means you should begin avoiding other people two weeks from today, December 11, Levine said.

“I think people can do it with advanced planning and I know people want to get together. It’s a time to be really smart about this and keep your guard up," she said.