How feasible is Trump Administration’s plan to distribute COVID-19 vaccine one day after approval?

Doctors say distribution is possible but will be a huge challenge. Additionally, widespread vaccinations will likely not be available until mid-2021. 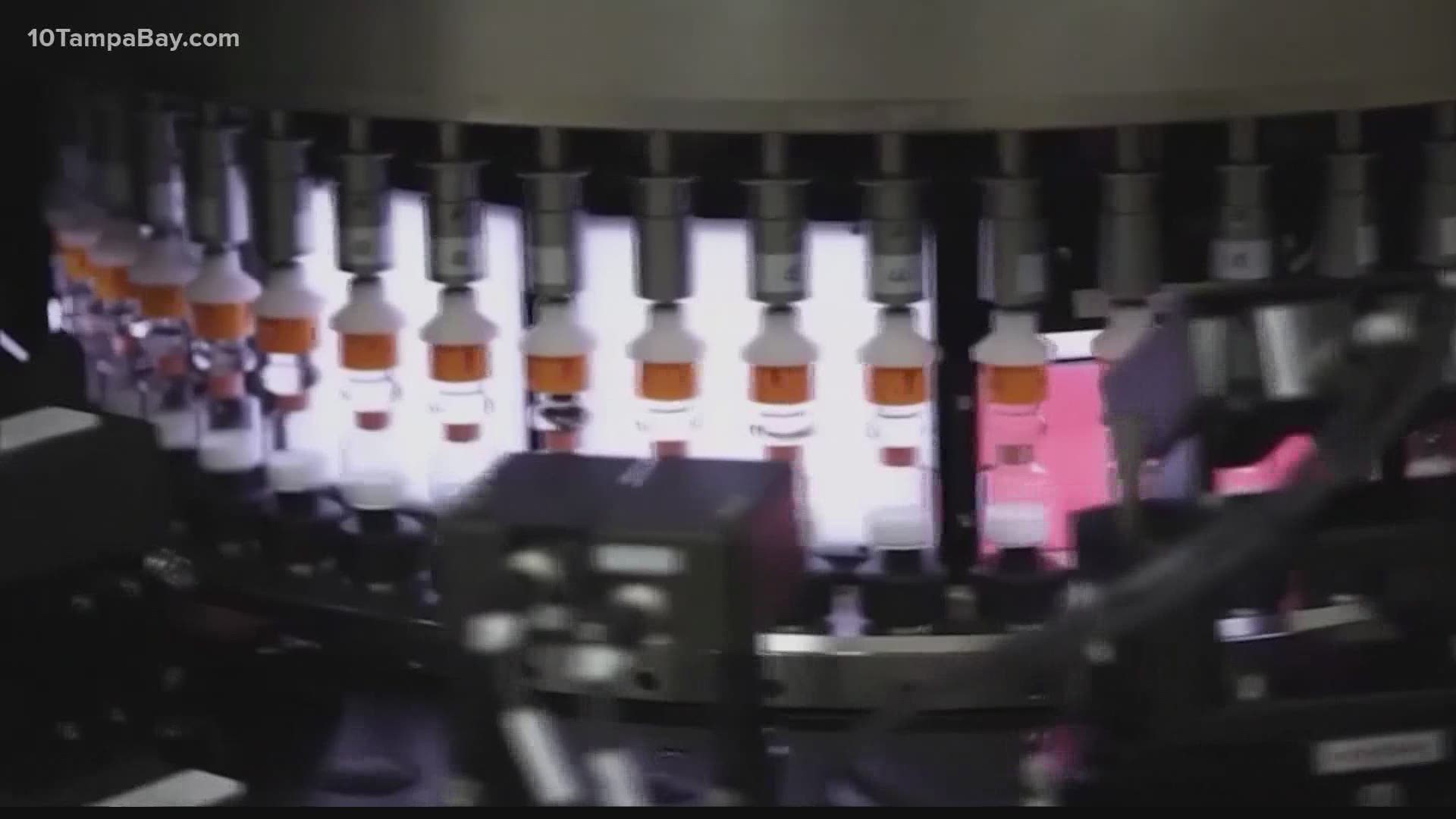 TAMPA, Fla — President Donald Trump has repeatedly said he wants a vaccine to curb the deadly COVID-19 pandemic as soon as possible. Wednesday, his administration announced a plan to distribute one within 24 hours after it's approved.

“When they say 24 hours after it's approved, that just means they're going to start the distribution process,” said Dr. Jay Wolfson of the University of South Florida. "There'll be a couple of hundred thousand doses that will be produced somewhere, and the arrangements will have been made to ship those someplace else.”

Those initial doses will not be enough for the entire country, doctors say.

"The scale-up becomes the next part of it,” said Dr. Cindy Prins of the University of Florida. “So now, delivering it to a bigger population, potentially delivering it to populations who may be more rural, may have a little bit less access, those become the next challenges. But no, I think that we are capable of doing it.”

“The supply issues are something that we do have to be concerned about,” Dr. Prins said. “Supply issues like the glass vials or things like syringes and needles that potentially could wind up being in shorter supply.”

"A two-dose vaccine is always more complicated because you really have to have tracking and follow-up,” said Dr. Prins.

Somehow, experts would also have to build a database to track patients and doses.

“Since there are two doses of this thing, in addition to the actual physical distribution, which involves quality control and careful labeling and patient safety issues, we have to have an information system that's going to link all the states together so that every single vial of every single dose is going to have to have a code number on it,” Dr. Wolfson said.

Don’t forget the politics of it all. Dr. Joseph Ladapo of the University of California, Los Angeles, said because we are so close to the election, politics are playing a stronger role in medicine than many would prefer. He added transparency is key to fighting mistrust.

"That's probably the most powerful tool, really. Sunlight on the data and sharing the data, sharing the protocol," he said. "The vaccine [that] was being trialed in the UK, there was a concern about safety. Just being more transparent about the data that is driving decisions, that's probably the strongest tool we have."

Without it, he says skepticism grows. "A lot of people feel lost. They feel distrustful, and they feel they don't know what to believe or who to believe," Dr. Ladapo said.

Doctors also say any effort to distribute a vaccine prior to the election is likely to have a political motivation.

"If it's before the election, it's very likely going to be a political decision as to where those first doses go,” Dr. Wolfson said. “So it's going to have to be the political decision about where you want to get the biggest bang for the buck politically, and where you're not going to take a risk of actually hurting people who are at the highest risk of perhaps having an adverse effect event.”

Public health experts say if a vaccine is approved before the election, doses could wind up in a swing state, like Florida.

“They'll probably come to Florida, or Arizona, or to Minneapolis, or something like that. It’s not going to be millions, it's going to be tens or hundreds of thousands."

Yet, even if a vaccine is approved and distributed soon, doctors say it still won't be until mid-2021 before it's widely available.

“We're going to have to add this vaccine along with everything else that we're doing, which means adding it to our mask-wearing our social distancing,” Dr. Prins said.