How long will coronavirus pandemic last? When will we see results from social distancing?

Leaders say it will be weeks before we know if this is working and this could stretch into summer. 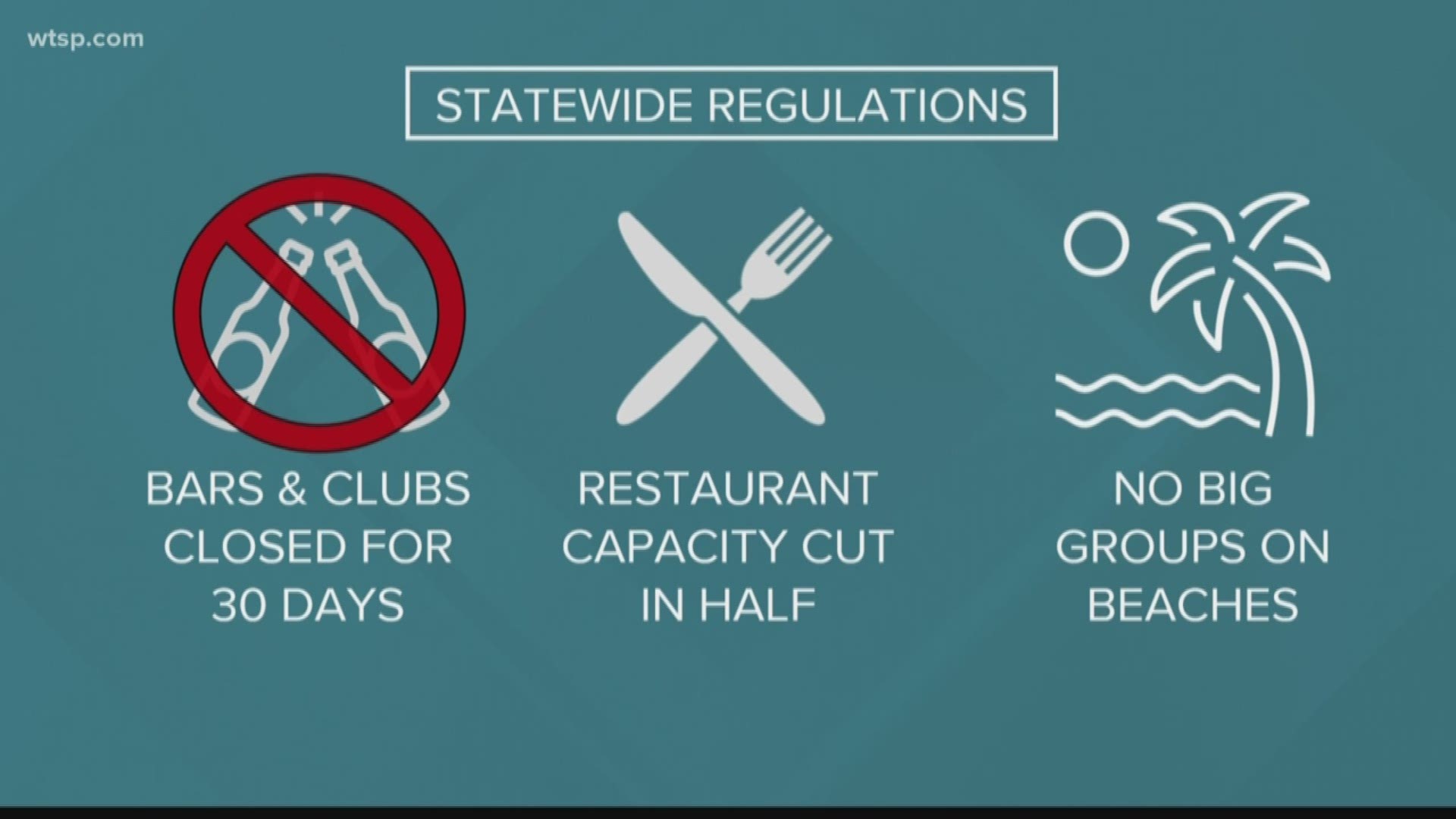 ST. PETERSBURG, Fla. — When will this be over?  When will know if social distancing is working?

They're two big questions that a lot of us want answers to.

There are projections that the spread of coronavirus infections could go into summer months. President Donald Trump spoke to such projections after he announced guidelines calling for social distancing.

“If we do a really good job, we’ll not only hold the death down to a level that is much lower than the other way, had we not done a good job, but people are talking about July, August, something like that,” he said.

Those guidelines include avoid groups of more than 10 people, avoiding travel, eating out and advise working from home.

Florida Gov. Ron DeSantis took it farther by shutting down nightclubs and bars for 30 days, cutting restaurant capacity in half and limiting groups on beaches to more than ten.

So, when will we know if these things work?

“The answer to your question: It probably would be several weeks and maybe longer before we know whether we're having an effect," Dr. Anthony Fauci, the Director of the National Institute of Allergy and Infectious Diseases. "It may be at the end of the day we'll see a curve that would have been way way up, but I wouldn't, like, put us to task every few days, 'Well, wait a minute. It's going up! Is it working or not?' That would be really misleading if we do that."

Public health officials at the local, state and national level have said that if they look back on their response to this and say it was overkill, then they will know they did their jobs right.