'I was fortunate': 95-year-old WWII vet survives the coronavirus

Bill Kelly of McMinnville was diagnosed with COVID-19 last month and spent two weeks in isolation. 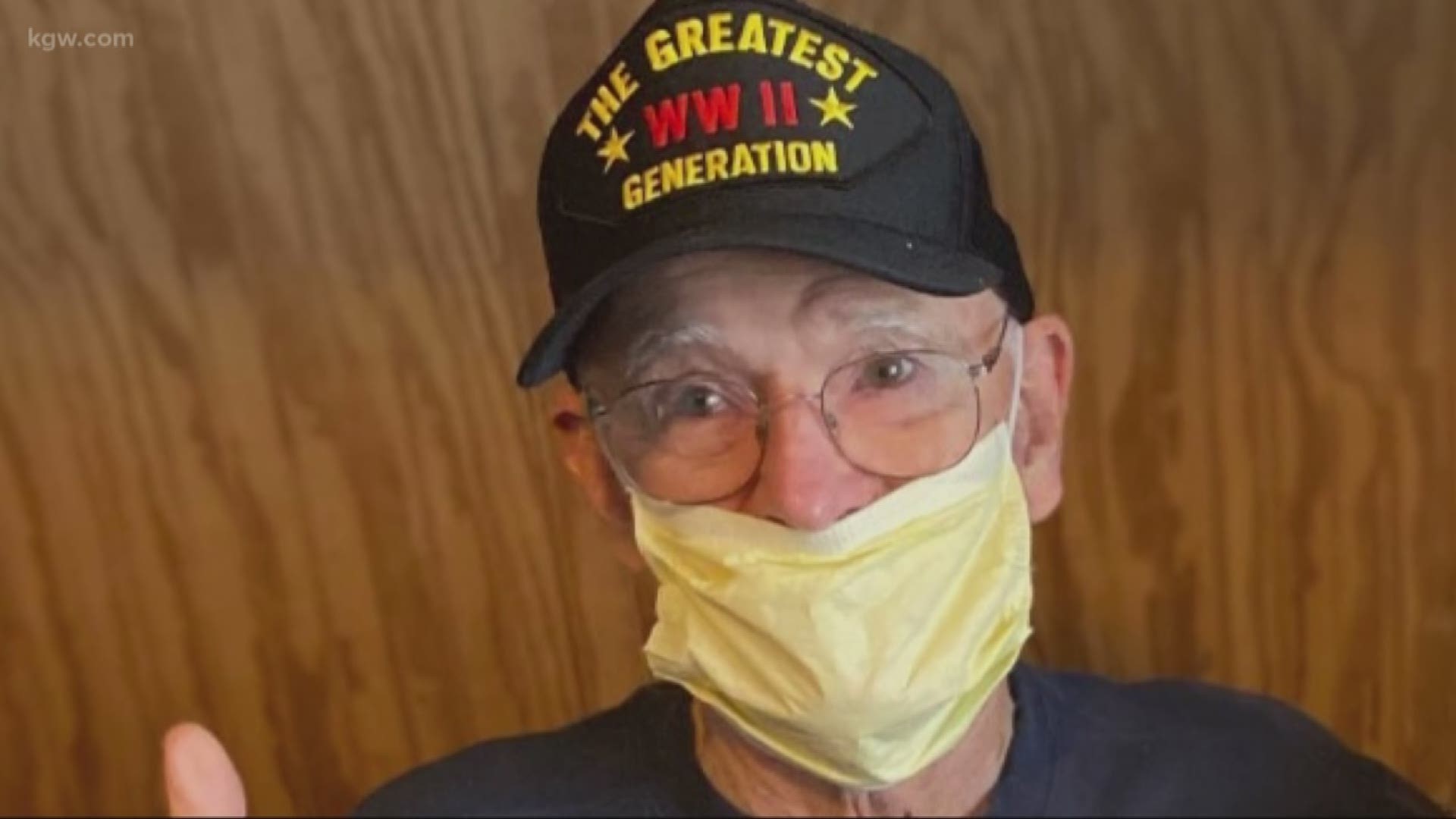 MCMINNVILLE, Ore. — The hat on Bill Kelly’s head reads ‘The greatest generation', but those words might as well be written across the 95-year-old McMinnville man’s face.

“We slept in foxholes,” said Kelly recalling his time in World War II serving with the 53rd Naval Construction Battalion.

Last month, Kelly fought a different kind of world war—“We're being attacked by a virus,” he said—and won.

“I was fortunate, really fortunate,” said Kelly. “I pray a lot too!”

On March 15, Kelly went to the hospital with a fever and aches. Two days later, he tested positive for COVID-19.

“I couldn't believe I had it,” said Kelly, “because I was pretty much at home all the time.”

Kelly spent the next two weeks isolated in his room at his family's McMinnville home.

“I had a little cabin fever,” said Kelly. “I wanted to be out with the troops!”

The “troops” included four generations of family members, Kelly’s two great-grandsons in particular. He said one of them would occasionally break the quarantine rules.

“My little 5-year-old, once in a while he'd come in there and sneak me some candy and sneak back out again,” shared Kelly with a chuckle.

No one was quite sure how Kelly contracted COVID-19 and no one else in his home got sick.

“It's been a mystery where it came from,” said Kelly’s grandson-in-law, Isaac Etherington. “It's an amazing recovery, a great blessing.”

While recovering, Kelly watched as various manufacturing companies shifted gears to make masks and protective gear for doctors and noticed others doing what they could to help with a common cause. He remembered back 75-years ago to WWII, the last time the nation rallied that way.

Kelly’s isolation period ended Monday which meant a lot of hugs, especially from his great-grandchildren.

“I was very glad to grab hold of them again,” he said.

And while our collective isolation seems so indefinite, Kelly had this message from the Greatest Generation:

“We are very fortunate to live in the United States and we got everything going for us,” said Kelly. “Just do what's right and do what we're told and everything will be okay.”