Is your unemployment info safe?

10 Investigates spoke to one man who says his account was hacked. 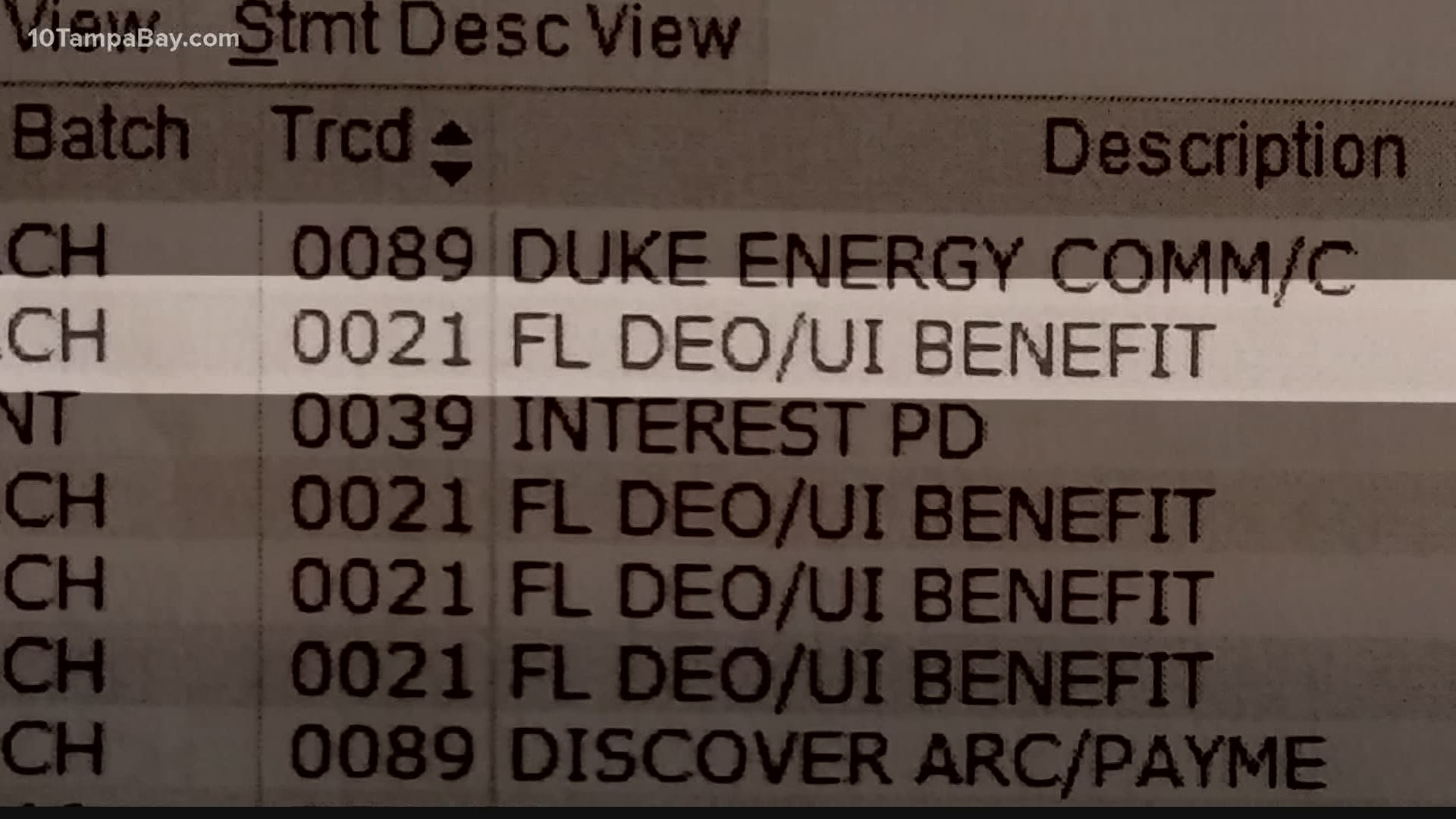 TAMPA, Fla. — It's been months since the pandemic began and many Floridians are still without jobs.

We know about the issues applying and collecting unemployment, but that's not the only problem some people are having.

Robert Nobrega has had better days.

"I was working at Hilton Bonnet Creek. I was working there as a host at a restaurant," Nobrega told 10 Investigates' Jennifer Titus.

Nobrega was laid off when the state shutdown because of the COVID-19 pandemic. He had no choice but to sign up for unemployment.

RELATED: Next coronavirus stimulus may have $40,000 income cap

RELATED: It's unemployment Round 2 for some Florida bartenders

But, one day he says that money stopped showing up in his account.

"All of a sudden on May 19, I stopped getting the checks," Nobrega explained.

He reached out to the state's unemployment office.

"I said I wasn't getting any of the checks, they said I was. It shows I was being paid in June."

Nobrega was shocked to find out his checks were going into someone else's bank account.

"Why didn't the DEO email me, send me a text, whatever it may be and say your account had changed. When you change your account password something with bank account info, they send you some kind of email. I received nothing," said Nobrega.

10 Investigates reached out to the state and asked them about accounts being hacked. They would only tell us they are "actively working with the claimant on this situation."

We also reached out to cyber security expert Jeremy Rasmussen.

"On a regular basis you should audit your own account and make sure it's correct," Rasmussen explained.

Rasmussen says he's not surprised there have been reports of accounts being hacked because the state site does not offer two factor authentication.

"When you enter ID and password, you also have to enter a code from an app on your phone or another way you can do it is text message."

Without that extra step, he says your personal information is at risk.

"The reason they do that is because you can be faked out giving someone credentials over the phone or site, but they can't steal your phone," explained Rasmussen.

But, Florida doesn't require that extra step to protect your data.

According to the International Association of Privacy Professionals or IAPP, three states have laws in place that help protect your information. Those privacy laws require governments collecting any sort of personal data to have protections in place like two factor authentication.

"We don't quite have that in Florida yet," said Rasmussen.

Nobrega says he's lost $3,190 and has filed a report with the Polk County Sheriff's Office and hopes this is a warning to others to check their accounts regularly because you never know who else is looking at your info.

"Some people may think they aren't getting paid but really their account may have been hacked," said Nobrega.

We did ask the unemployment office whether they have thought about adding two factor authentication and they have yet to answer our question.

So, what is this privacy law that some states have? Let's take a Deeper Dive into how it protects your personal info.

California, Nevada and Maine have these laws.

There are different variations of privacy bills. But, the goal of all of them is to offer options for people to opt in or out of certain data they choose to share.

Florida introduced a privacy law bill, but according to iapp it died before it was ever passed.