More than half of Florida's COVID-19 deaths occurred in the past month. 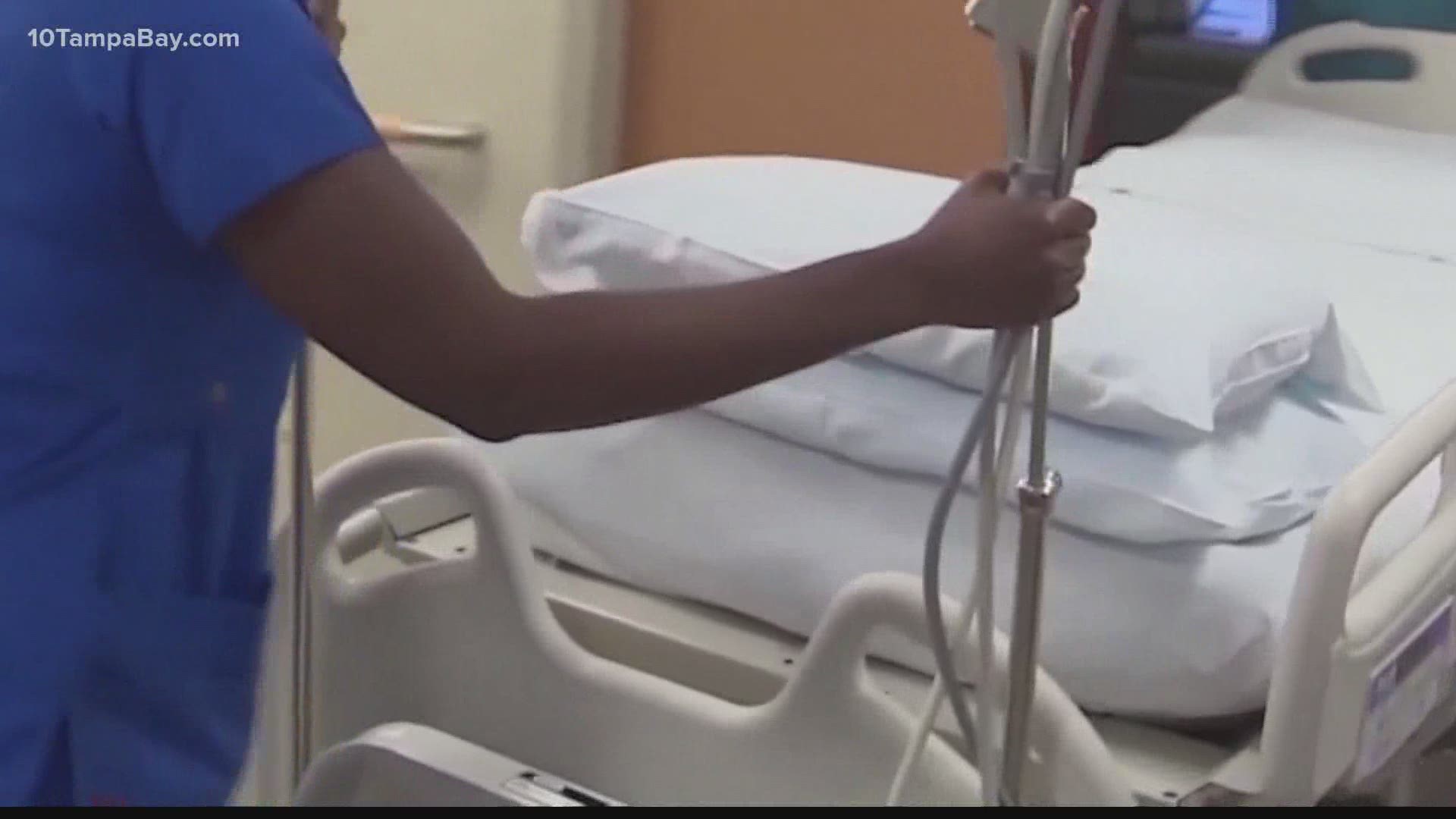 ST. PETERSBURG, Fla. — After a spike in cases in June, Dr. Jay Wolfson with USF Health says we are now seeing the effects.

"That's because of the opening of the state in June. And that's the cascading effect you're talking about," he said. "You have more people being exposed at a long period of time."

"And then there's that lag effect it takes 2, 4, 6, 8, 10 weeks, people spread it to each other and then when they expose somebody who is higher risk, someone who is obese, diabetic, hypertensive, cardiovascular disease, stroke pregnant, over 65 those, those people are going to be more problems," Wolfson said.

"If we can push the rate down by early diagnosis in case management, we've got a good chance at saving people's lives. But this is not a good time," Wolfson said. "...However, there have been some advancements, that create hope.

"Remdesivir and other drugs are being used successfully."

But progress is still largely up to the public.

"We still don't know enough about it, to be able to control it. All we can do is be aggressive and vigilant and managing it as best as we can, which means managing ourselves," Wolfson said.