It’s a small reminder that now more than ever, we need each other 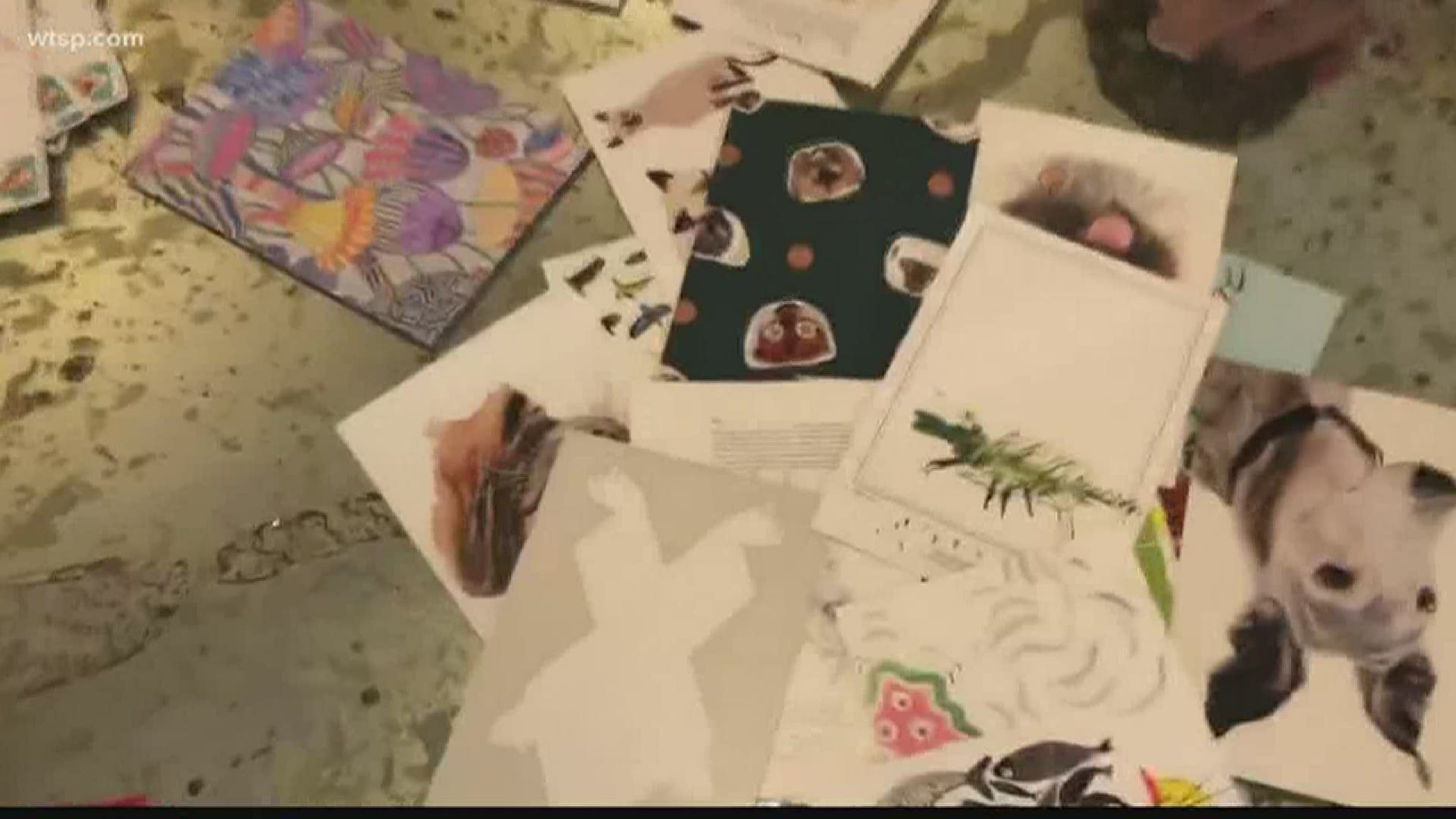 TAMPA, Fla. — To beat this, it takes everyone.

That said, a lot of folks are feeling cut-off from the outside world.  Residents in assisted living facilities and nursing homes have not had visitors since March 13 when Gov. Ron DeSantis barred visitors from such facilities.

On Nextdoor, families have shared addresses and asked neighbors to send cards.

The Vandersluis family saw it on their network in Tampa and decided they could make a difference.

“Life might feel like a zoo, but we are thinking of you” reads a message on the back of a postcard with a Zebra.

One with a cat on the front has the message: “You are purrfect”

The family laughs. It’s a little humor amid the reality.

They’ve sent more than 40 cards so far and have about 200 more in the works.

“Someone said, ‘There are a bunch of people at assisted-living facilities who can’t have visitors and so they’re very alone right now, so if you could send notes or cards that would be great’ and they posted the address and so we started doing it,” Shellie said.

Her boys understand. They miss friends and their old normal. The postcards give them a break from schoolwork and the ability to make a human connection.

“It’s kind of satisfying because I know it’s going to make someone feel happier even though times are kind of rough right now,” Luke said.

It’s a small reminder that now more than ever, we need each other.

The boys are also painting rocks and leaving them throughout the neighborhood for others to find.

This story was inspired by a local resident who 10News reporter Courtney Robinson connected with on Nextdoor. She’s looking to share the positive stories of neighbors helping neighbors. Click here to see and comment on Courtney’s Nextdoor posts.

RELATED: Elmo to host virtual playdate to comfort kids and families during pandemic