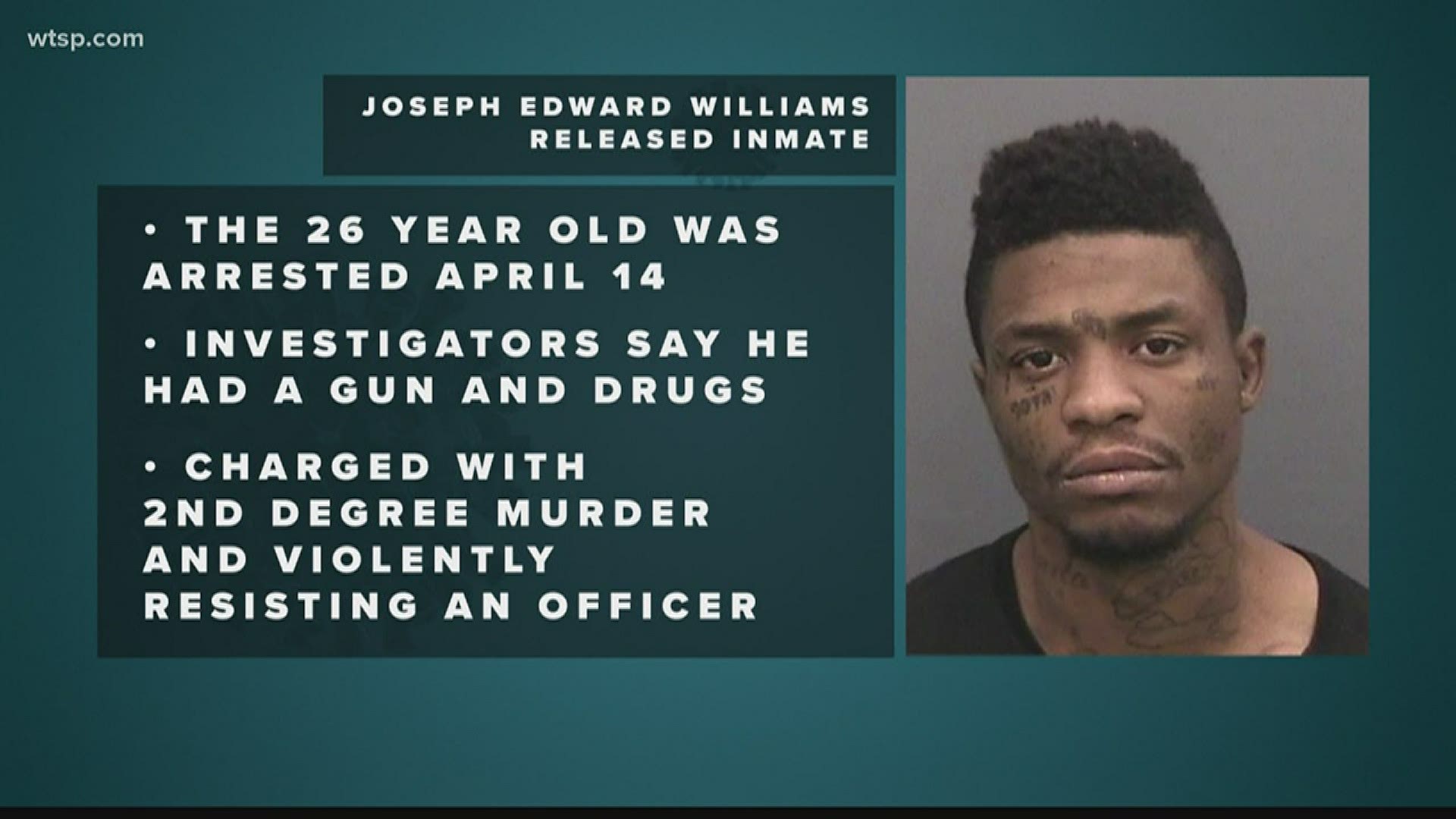 HILLSBOROUGH COUNTY, Fla. — Social distancing is a top priority for everyone as COVID-19 continues to spread across the country.

Jails and prisons are often packed beyond capacity, and the men and women being separated from society often find themselves living in cramped conditions. That's why the decision was made to release more than 100 inmates from the Orient Road Jail in Hillsborough County – to limit the possibility for an outbreak.

But one inmate, who was let out on March 19 before standing trial on drug charges, is accused of killing someone in Tampa the next day.

James Edward Williams was considered a "low-level" offender, but the 26-year-old is no stranger to the criminal justice system.

He's been arrested 35 times, according to the Hillsborough County Sheriff's Office, and was previously convicted of felony burglary and several misdemeanors.

Now, Williams is back behind bars.

"There is no question Joseph Williams took advantage of this health emergency to commit crimes while he was out of jail awaiting resolution of a low-level, non-violent offense. As a result, I call on the State Attorney to prosecute this defendant to the fullest extent of the law," Sheriff Chad Chronister said.

"Judges, prosecutors, and sheriffs around the country are facing difficult decisions during this health crisis with respect to balancing public health and public safety ... Our commitment as an agency is to keep this community safe and enforce the law.”