Capacity will be limited, and there remains a countywide curfew in place. 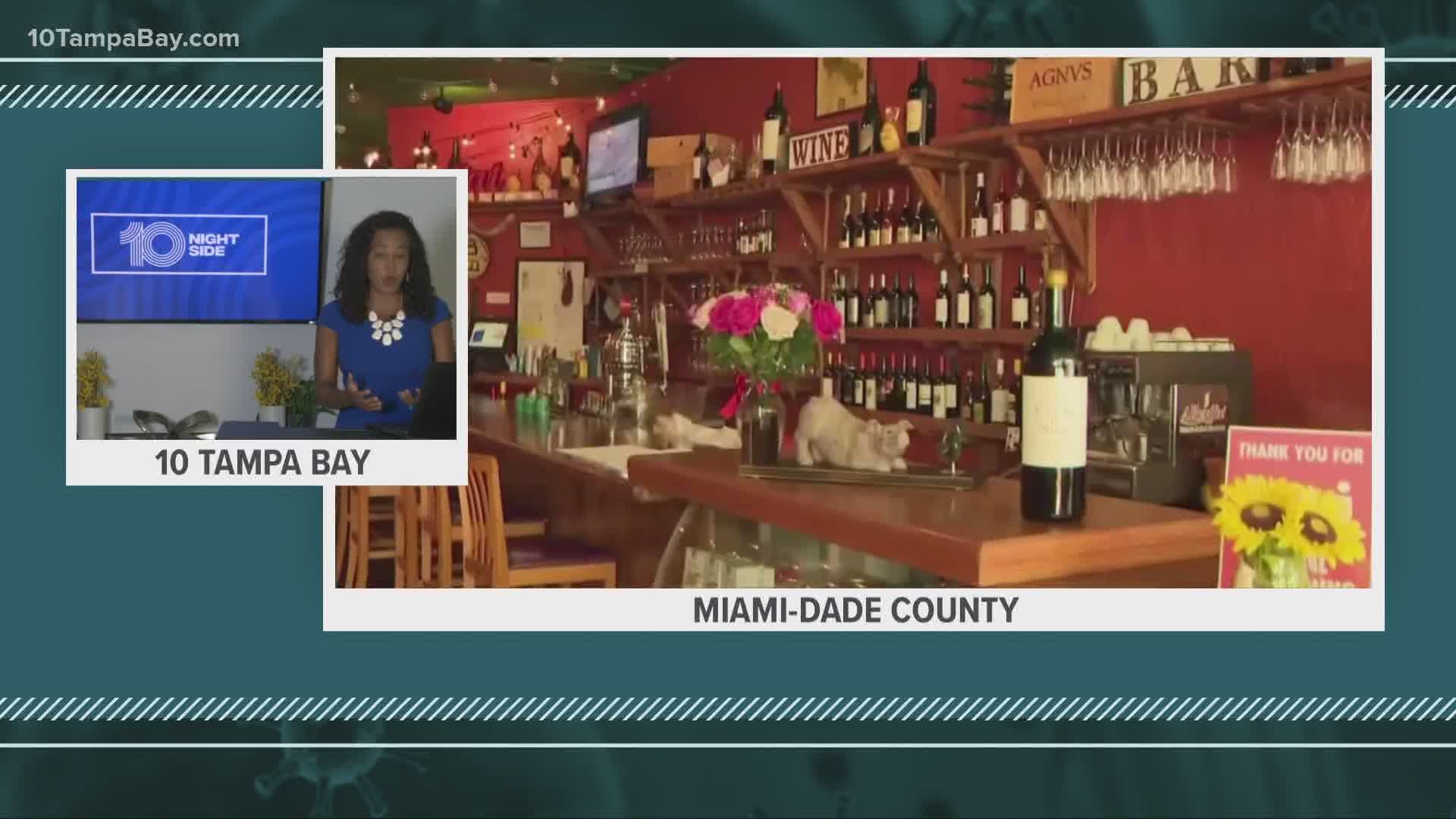 MIAMI — All restaurants in Miami-Dade County – a location once called an epicenter for the COVID-19 outbreak – can reopen to half capacity next week.

Restaurants will be able to seat people indoors starting Aug. 31.

Mayor Carlos Giménez made the announcement during a news conference Tuesday in consultation with the White House Coronavirus Task Force and local health experts.

Up to six people will be allowed per table, Giménez said. Businesses will be asked to keep windows and doors open and the air conditioner on at all times.

“That was after we spoke to the White House task force, and they recommended that even though we have interior spaces…that interior spaces be ventilated as much as possible,” the mayor said.

According to the Florida Department of Health, Miami-Dade County has seen a decline in new COVID-19 cases since the end of July. Since Aug. 15, the county has reported fewer than 1,200 cases a day compared to at least 2,000 cases through late July.

There remains a countywide curfew from 10 p.m. to 6 a.m. every day, which has not yet been lifted.

It will be revisited after the Labor Day holiday weekend, the mayor added.