The tests are said to be part of the Trump administration's national effort to fight COVID-19. 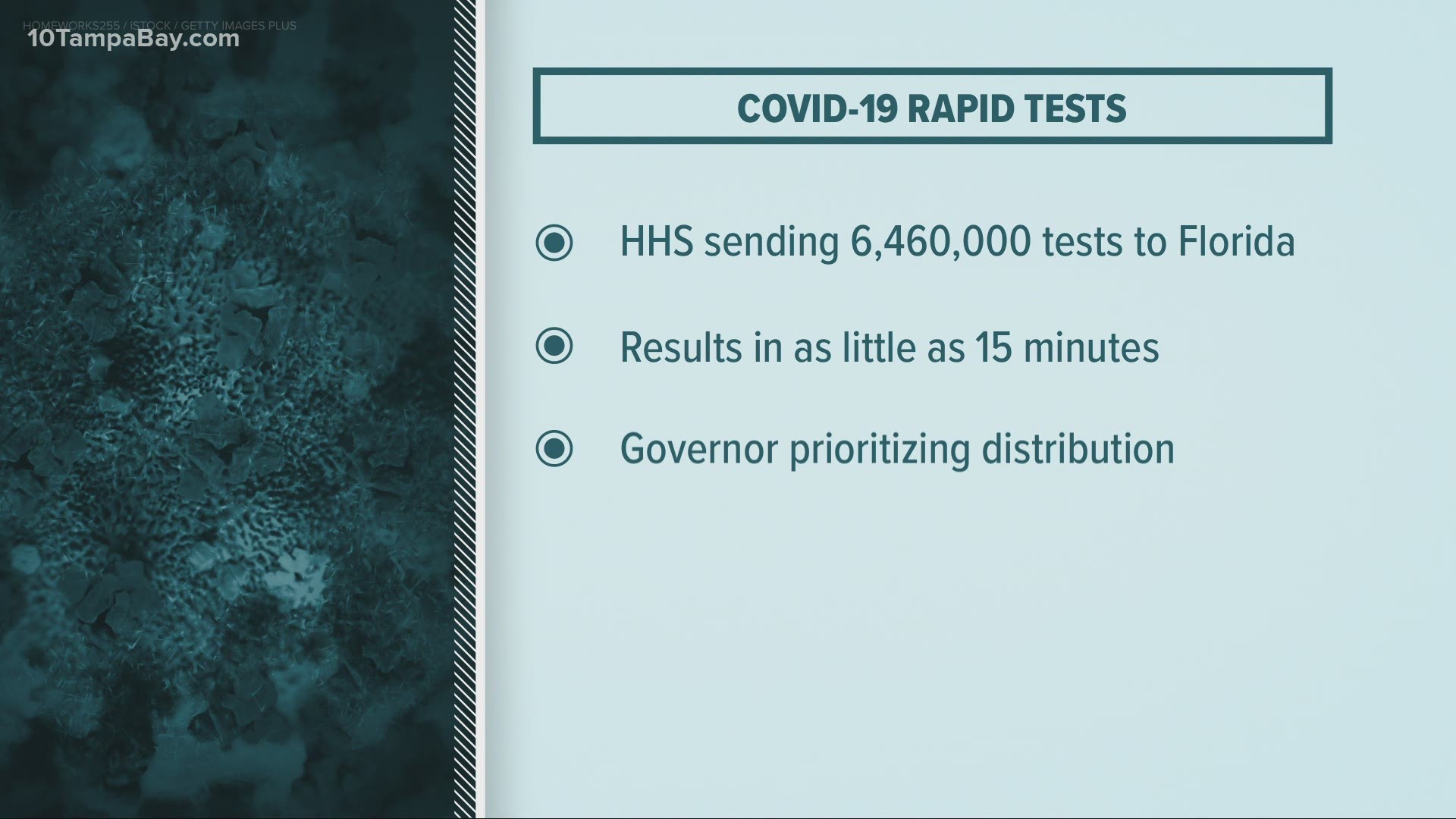 ST. PETERSBURG, Fla — Rapid coronavirus tests aimed at finding the presence of antigens to detect the virus are heading to Florida as part of the U.S. Department of Health and Human Services (HHS) and the Trump administration's efforts to fight COVID-19.

"The rapid point of care tests, which can diagnose coronavirus infection in as little as fifteen minutes," the HHS wrote in a news release.

This latest shipment will add to the more than 2.28 million tests that have been sent to the Sunshine State as of Oct. 26.

“To facilitate the continued re-opening of Florida schools, businesses and economy, the Trump Administration has prioritized scaling up the state’s point of care testing capacity by making this $760 million national investment in BinaxNOW tests,” said Assistant Secretary for Health Admiral Brett Giroir, MD.

“Distributing these rapid tests directly to states is consistent with the Trump Administration’s successful, ongoing approach of testing the right person, with the right test at the right time, is working and the effort will continue until the pandemic is under control.”

While the additional tests will help the state identify positive cases, Giroir stresses that continued or faster testing does not replace social distancing, wearing a mask or washing your hands.

But where did the tests come from? Back in August, the federal government purchased 150 million Abbott BinaxNOW diagnostic tests to "ensure equitable distribution" across states, meaning governors did not have to compete for initial shipments.

Now, the distribution of the tests is underway.