Mom talks about her family's battle with the coronavirus 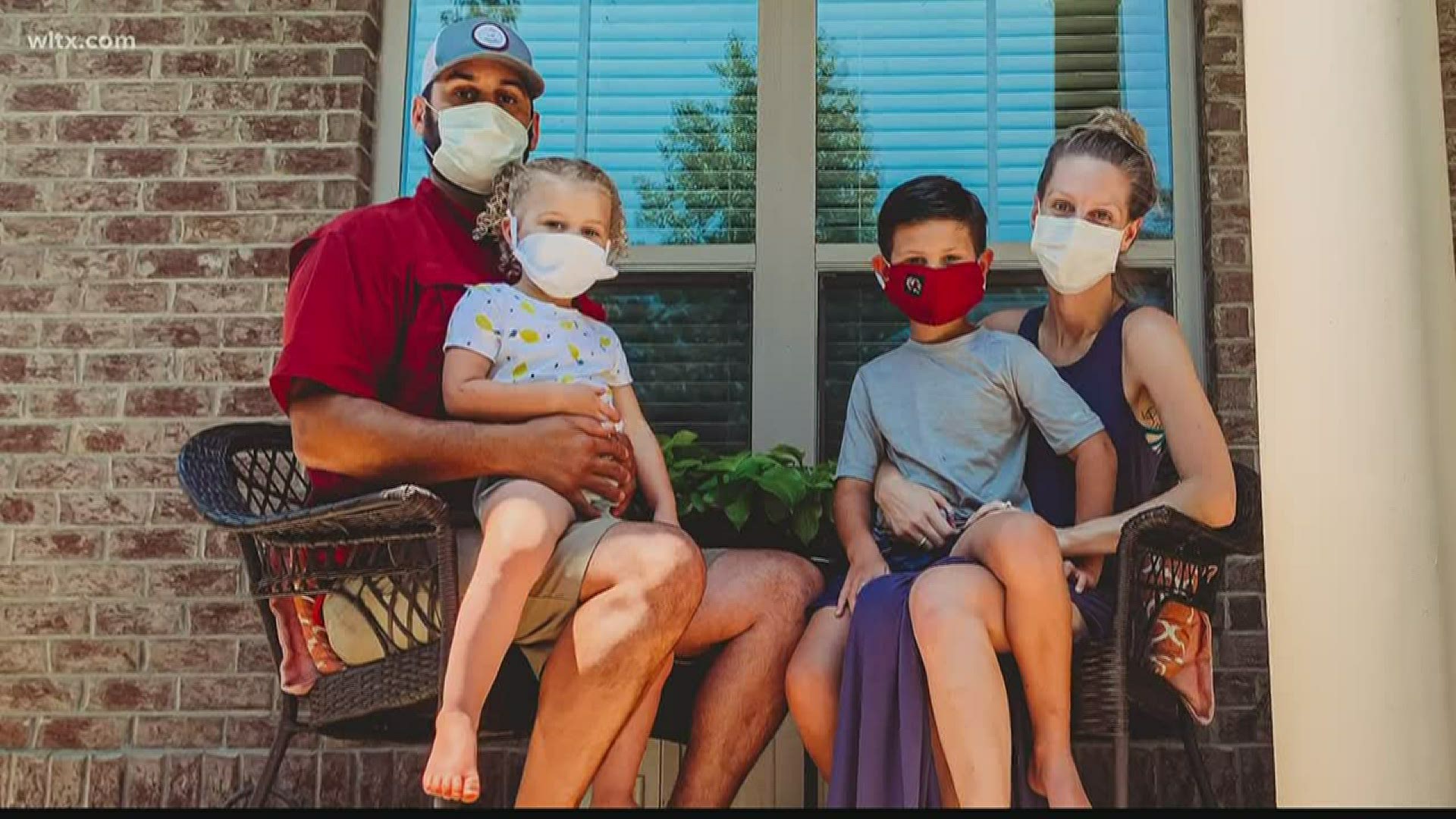 CHAPIN, S.C. — Since the beginning of the COVID19 pandemic, we’ve heard many stories of recovery.

Now, a Chapin family is sharing their recovery story after their 2-year-old shared the virus with the family.

The Moses family -- Erin, Michael, Grant, 6 and Sawyer-Kate, 2 -- are on the tail end of their quarantine after COVID19 raced through their family.

“(Sawyer-Kate) ate dinner, it was a completely normal day, she didn’t have any symptoms that day," mom Erin explains, "then that night, we were getting ready for bed and she spiked a fever, like it kind of came out of nowhere.”

That fever lasted for three days, during which Sawyer-Kate was tested for COVID19.

A few days later, after the rest of the family started to experience symptoms, the two-year-old's test came back positive.

“And then her symptoms really seemed to kind of taper off from there like they would come and go," Erin said, "like one or two days she would be completely normal then she would wake up throwing up again. So that what was really odd about it is that the symptoms kind of came and went.”

The rest of the family tested positive and each member experiencing different ailments ranging from coughing to vomiting.

One morning, Erin noticed her daughter scratching her legs uncontrollably at what looked like little bug bites, “I blamed the cat," Erin laughs. "My husband was like, I can’t stand this cat anyway -- so we thought it was just fleas or something. And it wasn’t until later that day that I was like, hold on, this isn’t fleas. This was like a rash.”

Their pediatrician recommended they go to the hospital where Sawyer-Kate went through numerous tests, all came back with normal results.

The rash ended up just being an afterthought of the virus -- the doctor called it a “post-viral inflammatory response."

"I think its important to understand now that children can get this," Erin says, "because for a really long time everybody was like, well the kids are safe -- and clearly they’re not. And even though she did have a favorable outcome -- I’ve had a lot of people message me and saying, ‘well that’s great but she’s fine. The only people who are dying are elderly people and people with symptoms,’ and my question is, why is that still not important?"

Erin continues, “I think for one, this absolutely can be contracted and spread by children. And even though she got a favorable outcome, it’s a really, really terrible experience to have to sit in an emergency room with your two-year-old while they’re getting poked and prodded, screaming and terrified, and have to be part of the team holding them down. It's something that no one should have to do.”

The entire family is now on the road to recovery.