Rapid response units and strike teams will be used to get the treatment to those who need it most. 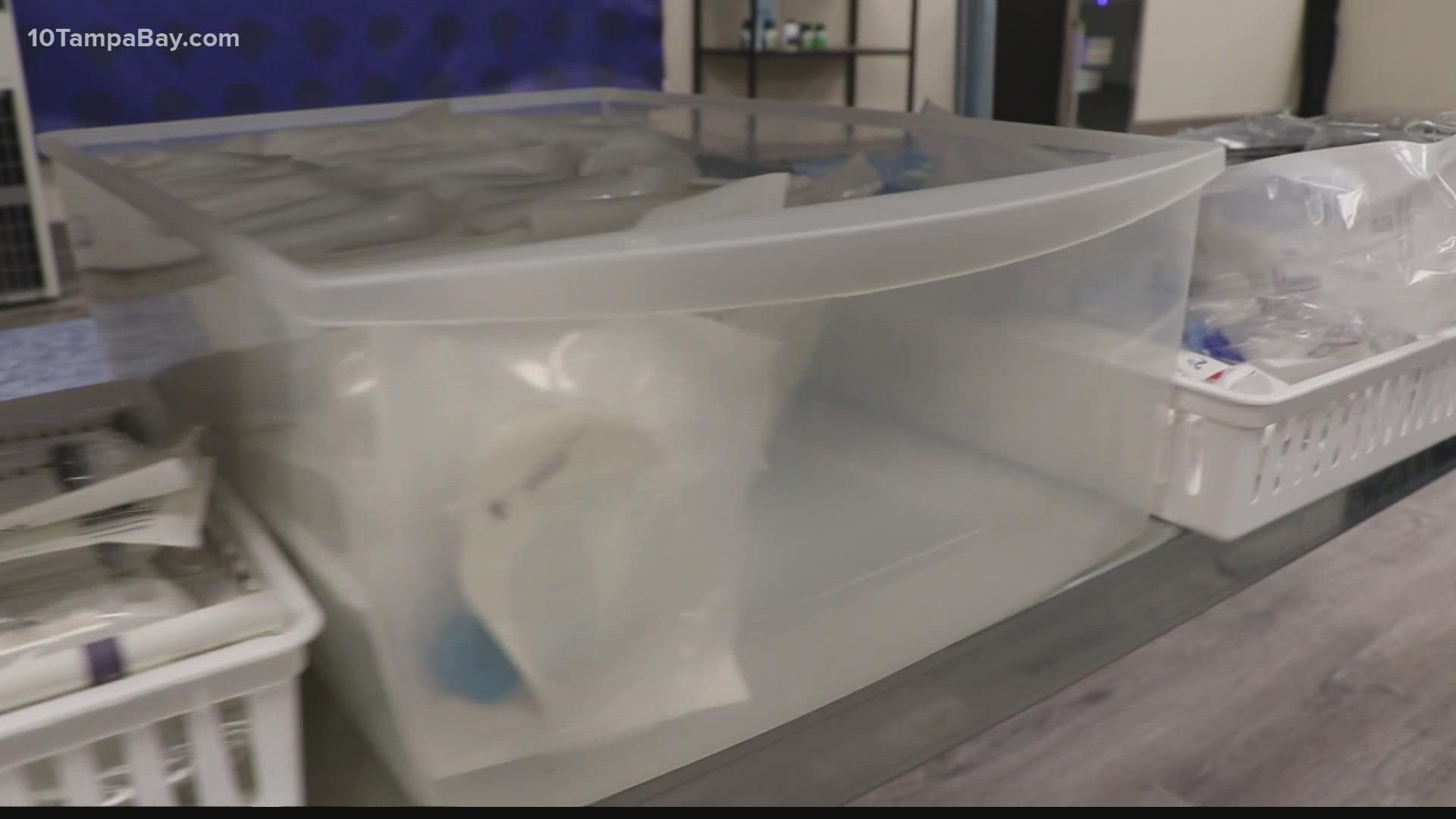 TAMPA, Fla — Starting off the first clinical trials in Hillsborough County, the University of South Florida Health and Tampa General Hospital doctors were ahead of the game.

"We participated in the research, we already had the setup, so then when they got EUA [emergency use authorization] approved, we already knew how to do it and what to do," Dr. Kami Kim said.

The USF Health infectious disease expert has been in charge of it all. At the beginning they were administering monoclonal antibody infusions to those who needed it most.

"You'd stop infection, you'd stop the virus from growing, and then you to prevent disease. Then obviously the disease couldn't turn into anything that would cause someone to not breathe, need a ventilator or potentially die," Kim said.

The Food and Drug Administration has expanded their EUA, giving doctors more power over the decision on who is eligible for the treatment and who's not. Now Kim says they're working to help other Tampa Bay communities.

"I've talked to doctors in other communities. We've done what we could to roll it out, give people advice. Obviously, unfortunately, we had a big surge here in Florida, so we really had to expand our access to the monoclonal antibodies," Kim said.

That's why the state is looking to help those that need more resources. Florida Gov. Ron DeSantis says rapid response units will be built across the state. Strike teams will go directly to long-term care facilities to treat the most vulnerable.

"Hopefully that will also provide access to people who can't get it," Kim said.

She believes the treatment will be beneficial in nursing homes and could stop future breakouts.

"If one person gets it, either a resident or a worker, give everybody a monoclonal antibody. There's pretty good evidence that you would not only help the people who are sick resolve their infection faster, but prevent the ones who are exposed from getting the infection," Kim said.

While data shows the drug is 70 percent effective at preventing hospitalization, Kim isn't sure it's our way out of this fourth surge of COVID-19 cases.

"I think it's one tool, honestly. I think we need to do masking and go back to some of the safer behaviors to prevent transmission," Kim said.