The JAX2 facility on Jacksonville's Northside has had at least three workers test positive for COVID-19 since the start of the pandemic. 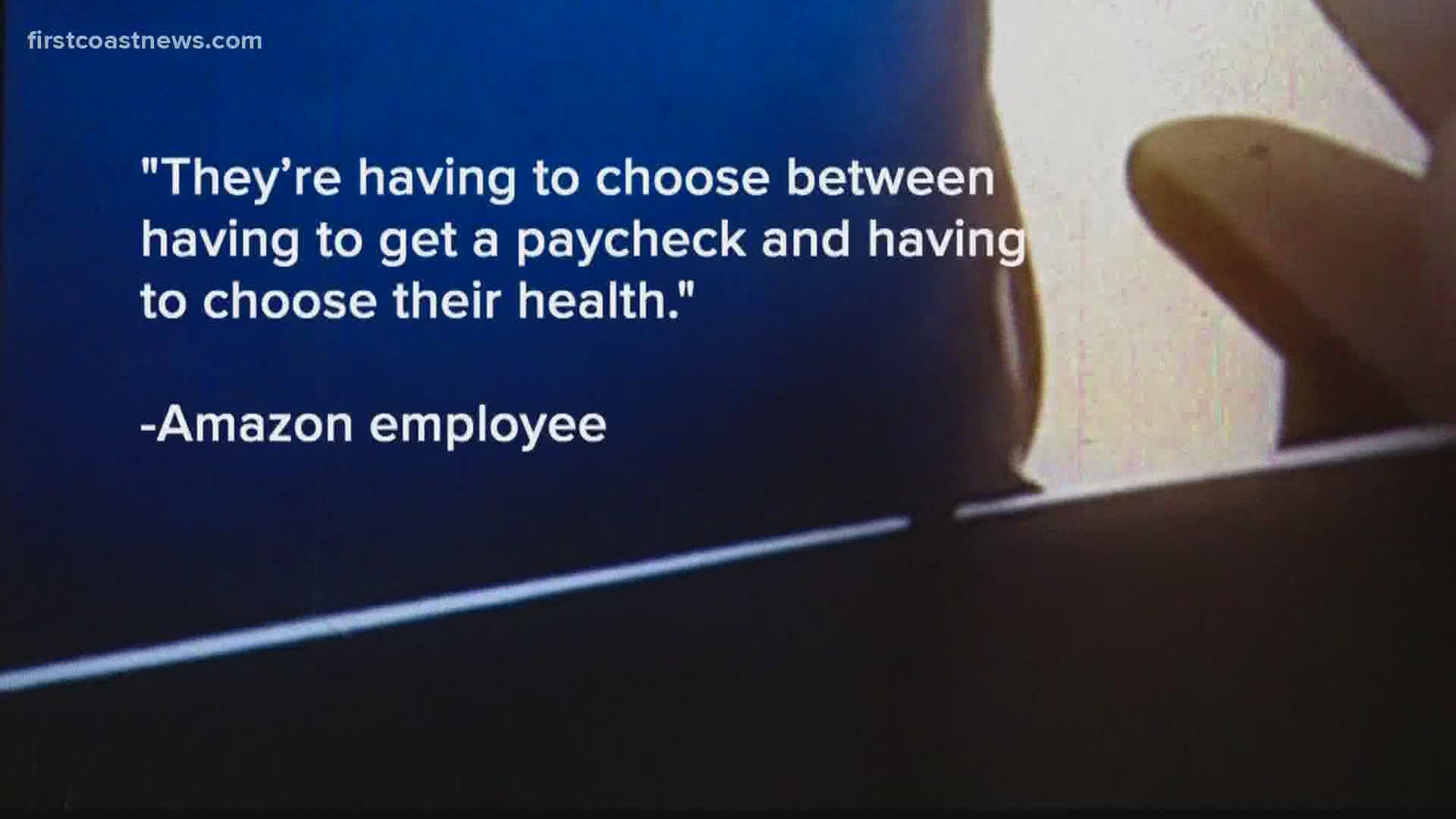 JACKSONVILLE, Fla. — Employees with Amazon confirmed to the On Your Side team Thursday they are concerned for their health.

This comes after national walkouts from warehouse workers who claim there are a lack of protections.

RELATED: Warehouse employees claim Amazon did not tell them about coworker with COVID-19

“Some that don’t know what to do are in complete panic right now,” an Amazon employee told the On Your Side team.

The employee's identity was concealed as he feels his job may be at risk for speaking out. He has a family at home and decided to protect their well being and his own.

Amazon stated that new protocols were put in place including social distancing, temperature screenings, deeper and more often cleanings as well as requiring employees to wear face protection. The addition of sanitizing stations was also noted.

But some employees said they feel that is not enough given the size of the warehouses and number of workers in and out each day. The JAX2 facility on Jacksonville's Northside had at least three workers test positive prior to the one confirmed May 7.

"It’s only a matter of time before someone walks in with it, and that’s what people are really worried about because a temperature check isn’t going to cut it," the employee said.

One employee who interviewed with First Coast News was notified May 7 of a person testing positive for COVID-19 at a Charlotte, North Carolina facility, CLT2.

That employee shared a mass message sent to employees, which said the worker with the virus was last on property April 30 and Amazon would "inform any coworkers who may have been in close contact with the affected individual."