Each faced allegations of repeatedly violating the city’s mask and social distancing rules. 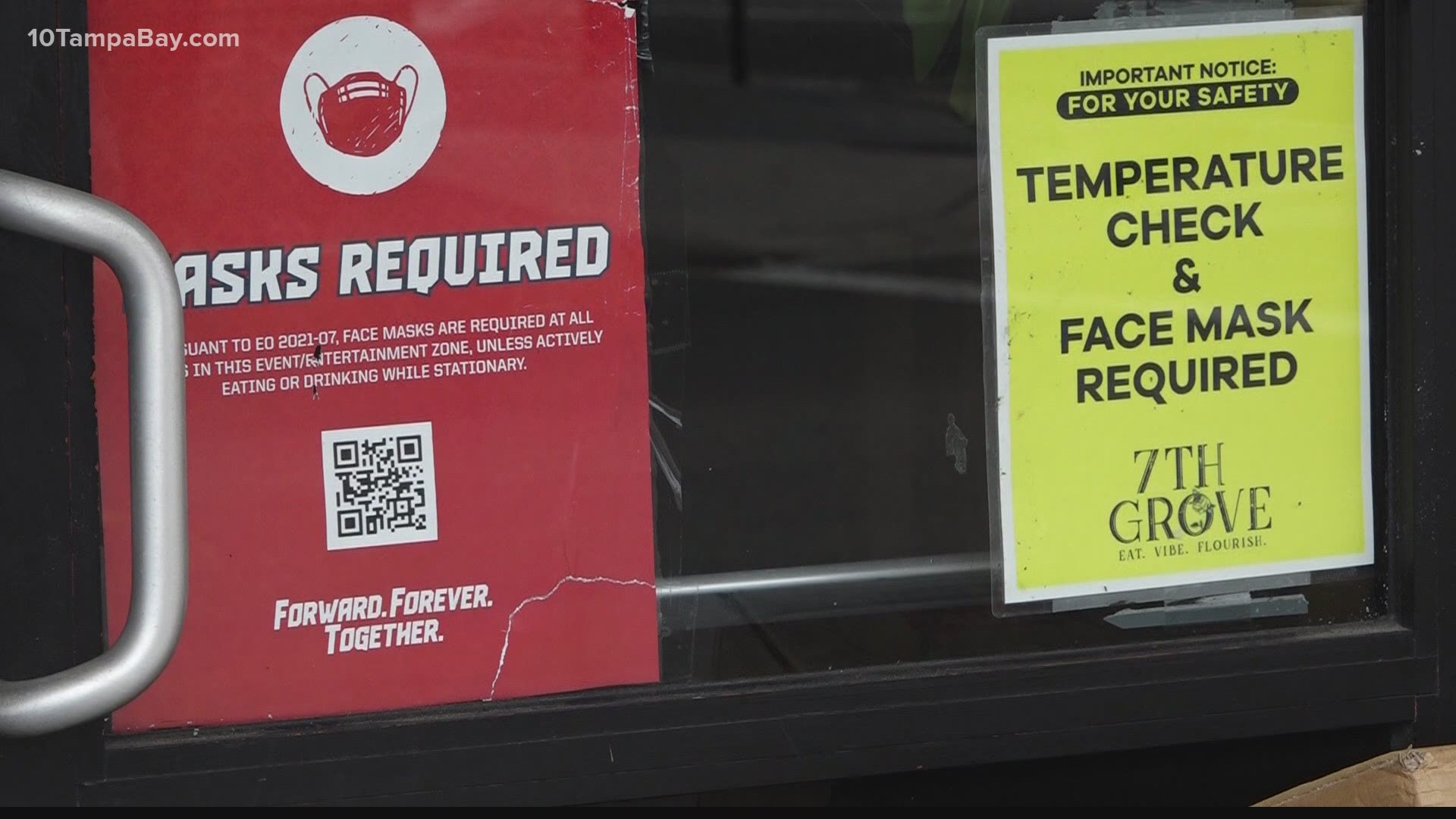 TAMPA, Fla — On Monday, four more bars and clubs in the City of Tampa faced the possibility of having their liquor licenses temporarily suspended.

Each faced allegations of repeatedly violating the city’s mask and social distancing rules.

Before things even got started, attorneys said they’d agreed to postpone two of the day’s four cases until March 8th.

Club Prana in Ybor City and The Ritz Ybor were using that time to work toward a settlement, according to Luke Lirot, an attorney representing some of the clubs.

“And make some strong steps in the right direction in the interim,” said Lirot.

The first was the Purple Heart Lounge, a new, smaller club which had been open just a few weeks when they got their first visit from code enforcement. That visit ended with a citation.

That, said the club’s owner Keith Norates, was unfair considering others had been given warnings and instruction.

“I did everything I could. Every week it got worse for me,” said Norates. “I felt like I was harassed at some points.”

Council members were split on Purple Heart’s case. Some sympathetic. Others not so much.

“I do believe that by the owners on admission there were some violations,” said Gudes.

“It’s up to them to understand what the laws are. Not up to us,” added Councilman Charlie Miranda. “It’s up to the individual that goes into business. Especially in the alcohol business.”

Ultimately the vote was 3-3. By rule, that tie forces the city to take it up Purple Heart’s case again at the council’s next meeting March 4th.

Next up was 7th and Grove, a restaurant and bar also in Ybor City.

Photos showed people standing in large groups, some without masks.

The owner of the business pleaded for mercy, saying they’d since made vast improvements, which the city’s attorneys acknowledged.

“But the additional avenues to address, in order to come into compliance with the ordinance for the county and the city, you took those measures after you receive this citation?” the city attorney asked.

This time, council members said they couldn’t ignore the evidence. They unanimously found 7th and Grove to be in violation. However, given the business’s clear effort to fix the issues the restaurant’s alcohol permit was not suspended.

If nothing else, the hearing showed council members are willing to weigh each of the cases individually on their merits.

Four more business have their hearings set for March 8th.