The increases in new cases for the past week come as the state is in the process of reopening businesses and expanding testing for COVID-19. 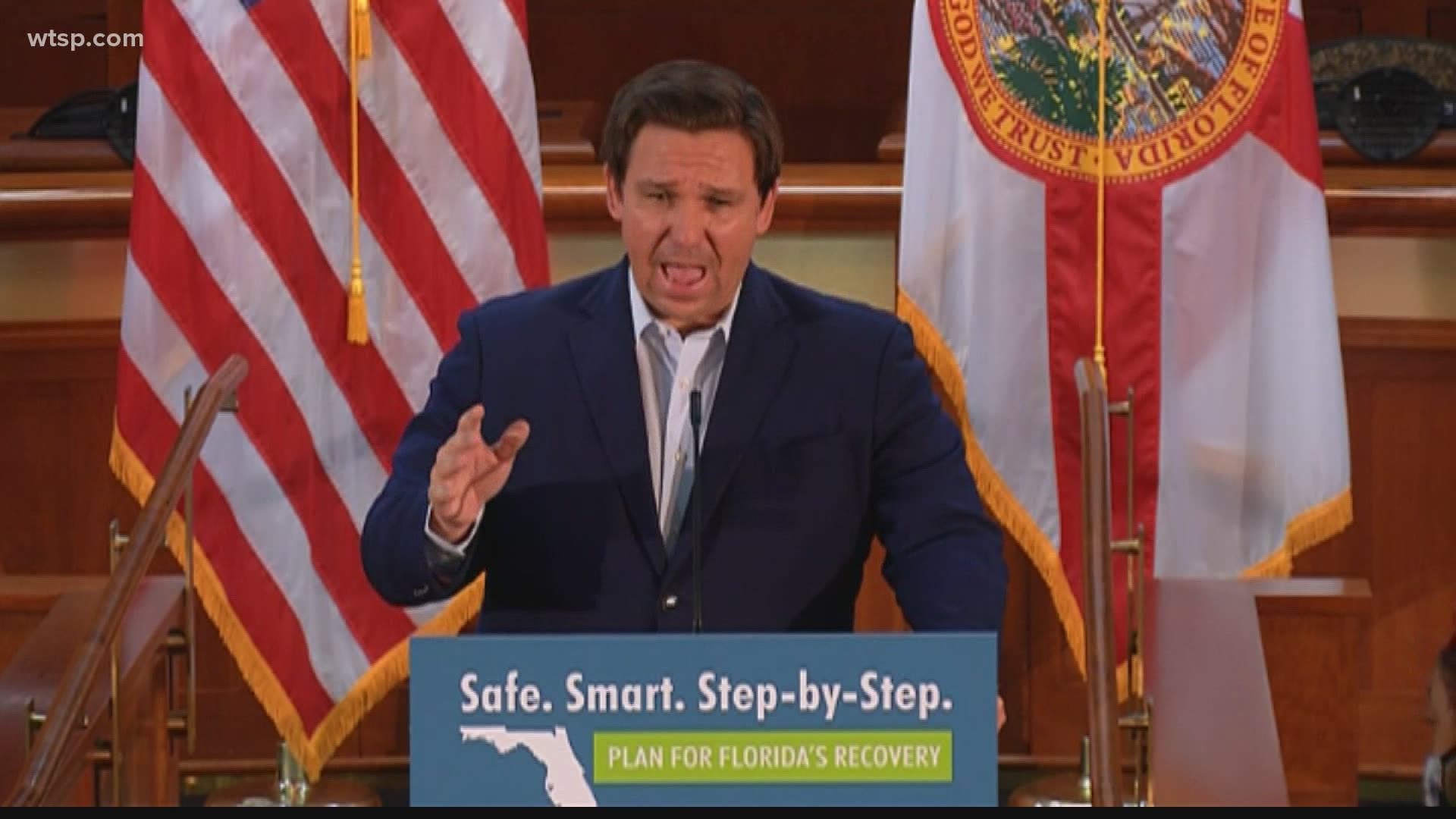 TALLAHASSEE, Fla. — The Flordia Department of Health reported another jump in the number of confirmed coronavirus cases in the state.

On Saturday, June 20, the DOH reported a total of 4,049 new confirmed COVID-19 cases in the state. It is now the largest single-day spike in positive case reports since tracking began.

Before the new numbers were reported, Friday's report saw the largest single-day spike of COVID-19 cases with 3,822. Before that, new cases saw the biggest jump on Thursday with a reported number of 3,207.

It was also the first time the state had seen a number higher than 3,000 cases in a single day.

Here's a breakdown of new coronavirus cases reported by the state since June 11:

There are now a total of 93,797 cases reported throughout the state. Additionally, the state is now reporting a positivity rate of over 12-percent in the state. Over the last two weeks, the percentage has fluctuated between 3-percent and 12-percent.

RELATED: Coronavirus in Florida: Where we stand with cases, deaths and hospitalizations

There has not been a downward trajectory of documented cases or percent of positive cases within the past two-week period. The trend has been increasing, with single-day record case highs recorded multiple times.

During a news conference this week, Gov. Ron DeSantis largely attributed the recent spikes in COVID-19 cases to even more testing being done, especially in high-risk areas like long-term care facilities, prisons and farming communities.

Credit: 10 Tampa Bay
The daily case count of COVID-19 cases in Florida as of Saturday, June 20.

The trendline for testing overall since the start of the month is flat or slightly decreasing.

The average number of deaths has trended downward since the beginning of May and is well off the peak of 51 average deaths.

Florida's COVID-19 hospitalization rate remained steady throughout much of the pandemic before a dip into early June. The 14-day moving average has since been on the increase but remains lower than levels seen in mid to late April.

The state has a capacity of 6,147 adult ICU beds, with 1,379 available -- or 22.43 percent, according to the Agency for Health Care Administration. DeSantis again indicated Friday he is confident the state has the capacity to take in additional COVID-19 patients if a sudden spike in hospitalizations were to occur.

RELATED: Need a mask? Tampa is offering them for free