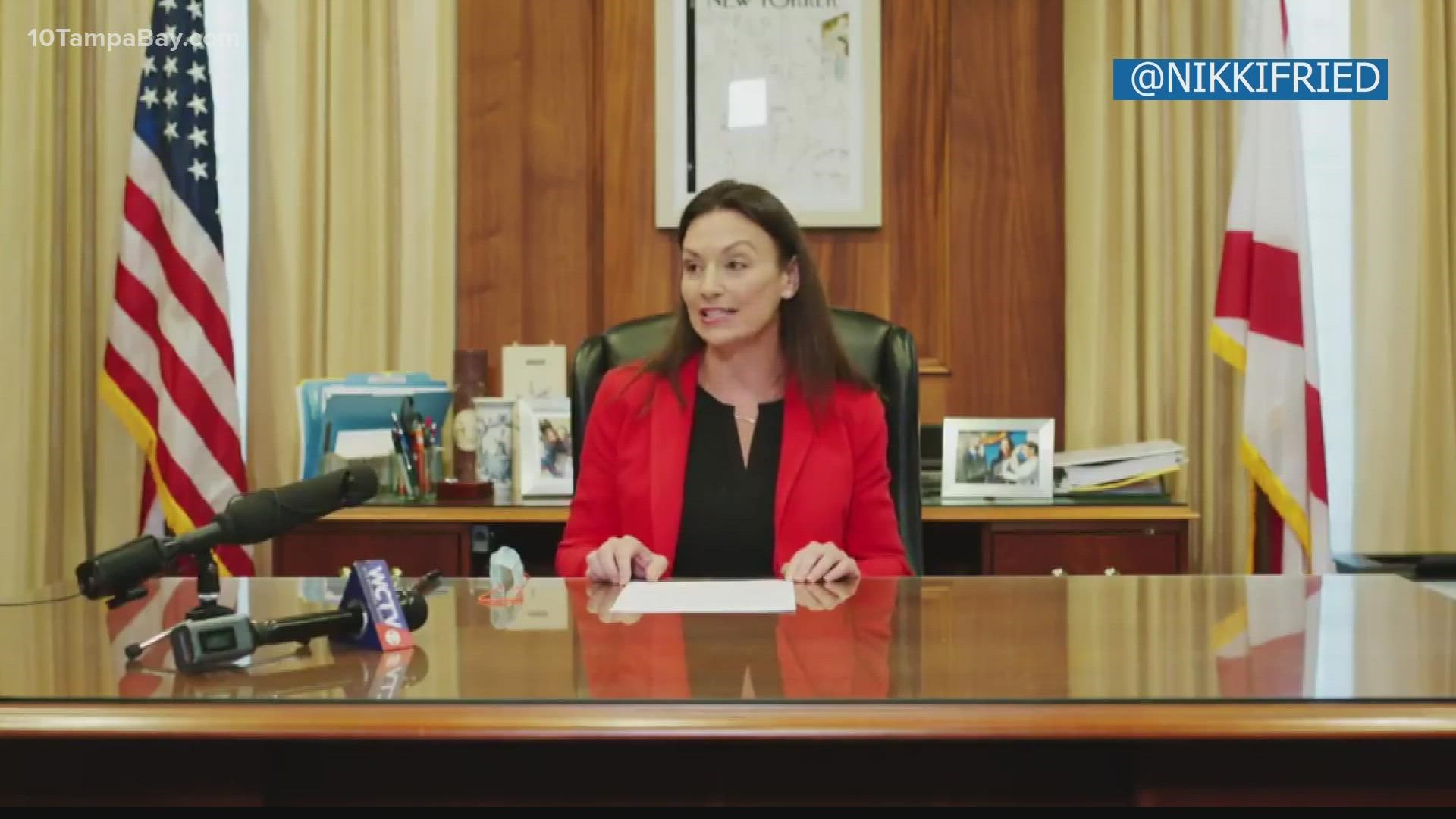 "That is why I will continue to call on the Florida Department of Health to resume daily reporting, providing the public with as close to real-time updates as possible," she continued in part, "so that local governments, businesses and individuals are armed with the information needed to take appropriate actions to protect their communities, their employees, their customers and their families."

Fried, who is seeking to run against Republican incumbent Ron DeSantis for governor, on Sunday urged unvaccinated Floridians to get vaccinated. She said she was heartened by a recent uptick in vaccinations in the state.

"We are already behind the curve and in a worse spot every time the numbers come out," Fried said at a news conference in Tallahassee. "This surge is and will impact every single one of us."

Fried is the highest-ranking Democrat elected in the state of Florida and is currently running for governor. She has been a vocal critic of Republican Governor Ron DeSantis, particularly when it pertains to the coronavirus pandemic.

Federal health data released Saturday showed that Florida reported 21,683 new cases of COVID-19, the state's highest one-day total since the start of the pandemic. The latest numbers were recorded on Friday and released on Saturday on the U.S. Centers for Disease Control and Prevention's website. The figures show how quickly the number of cases is rising in the Sunshine State: only a day earlier, Florida reported 17,093 new daily cases.

Republican Florida Gov. Ron DeSantis has resisted mandatory mask mandates and vaccine requirements, and along with the state Legislature, has limited local officials' ability to impose restrictions meant to stop the spread of COVID-19. DeSantis on Friday barred school districts from requiring students to wear masks when classes resume next month.

10 Tampa Bay has reached out to Gov. Ron DeSantis' office and the Florida Department of Health for comment.