NYS unveils COVID Alert app; informs you when you are within 6 feet of a person who tested positive

The app is available on Apple and Android devices. You will only know it if the person who tested positive has agreed to enroll in the system and download the app. 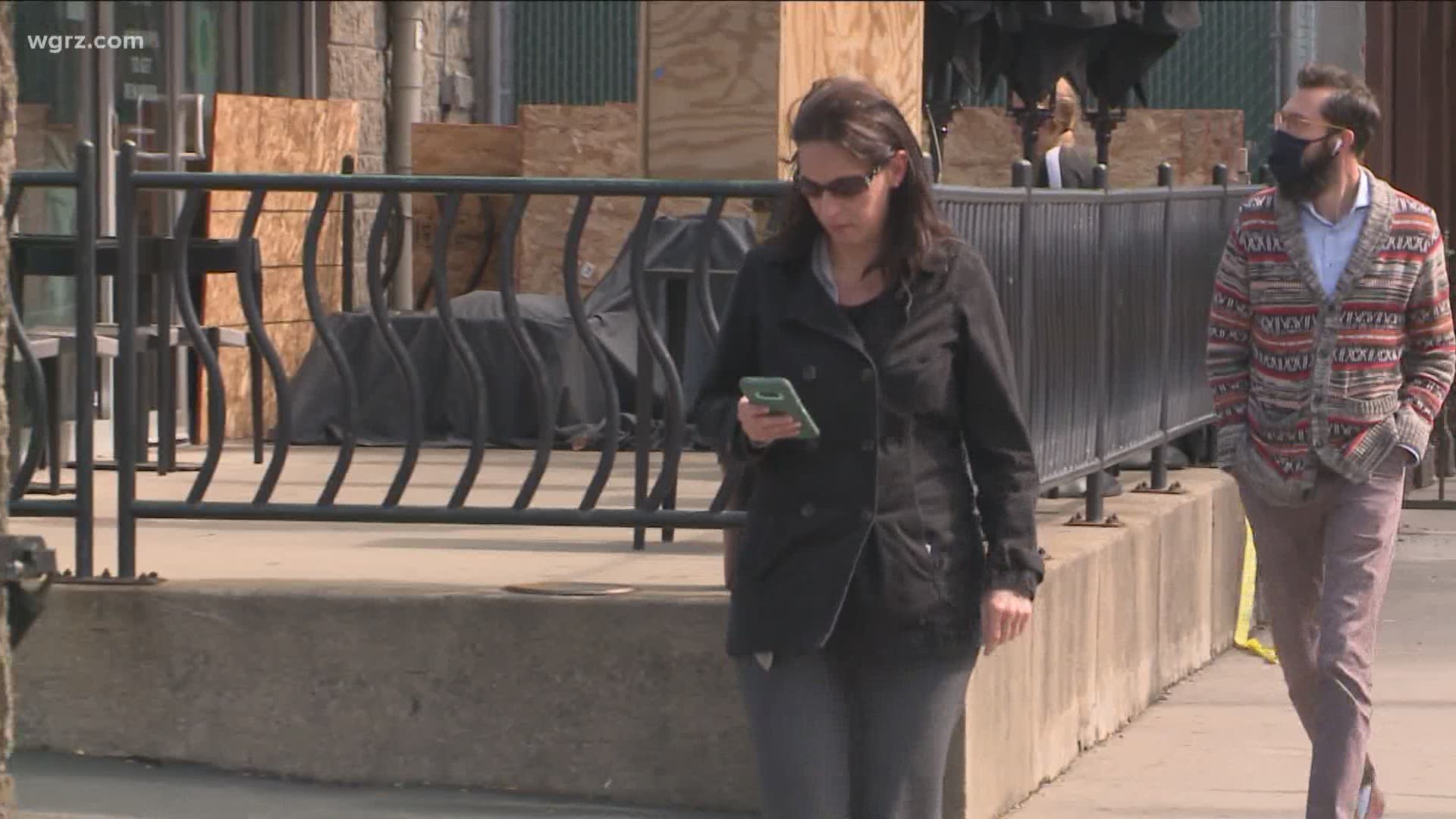 ALBANY, N.Y. — In what it says could be a real boost in its efforts to improve contract tracing for the coronavirus, there's a new app from New York State that you can download on your phone, to tell you if you have been in close contact with someone who has COVID-19.

The free app, called COVID Alert NY, is available on Apple and Android devices. It has been downloaded by more than 305,000 people in less than three days since it was announced, according to the state.

New York has about 15,000 contact tracers, but they can only do so much in a state with 19 million people.

"We have been looking for a technology based solution," New York Gov. Andrew Cuomo during a conference call with reporters Thursday morning.

The secretary for Governor Cuomo stated Friday, the day after the app was released, that it is the #1 app under “Health and Fitness” in the Apple App Store.

NEW: the COVID Alert NY app has been downloaded over 305,400 times

Downloading this app is the easiest way to show each other we care...and it's FREE

The app will alert you if you were within six feet of a person who has tested positive for COVID-19, if you were around that person for 10 or more minutes.

However, you will only know this if the person who tested positive has agreed to enroll in the system and download the app.

"The key to this is to get people to voluntarily download the app," said Larry Schwartz, who the governor tasked with steering the rollout of the app. "Otherwise it doesn't work."

NY becomes the latest state to launch an app aimed at assisting in contact tracing, by letting you know if you have possibly come in close contact (within 6 feet and for at least 10 minutes) of someone who tested positive for #COVID19 @WGRZ pic.twitter.com/yaqx5tzfyc

Participation is voluntary, whether you have tested positive for COVID-19 or have never had it and just want to have the app.

The app uses Bluetooth technology and does not track GPS coordinates, nor does it collect personal information according to state officials.

"It uses Bluetooth technology to sense proximity to another phone with the same app, but not geographic location," said Melissa DeRosa, Secretary to the Governor.

Schwartz added, "We've had expert security people review this app to ensure that it preserves your privacy, and no personal information will be collected."

New York just the latest state on board

Governor Cuomo has often been fond of claiming that New York, under his leadership, is leading the nation in taking steps to properly combat the virus.

And he attempted to do so again on Thursday.

"It's using technology really on a level that's never been used before," Cuomo said. "We believe this is a first in the nation use of this."

However, neither of those claims is true.

Several other states had  previously launched the same app, and some of them have had it up and running for months.

The app launched by Pennsylvania, for instance, has become the eighth-most downloaded medical app in all of the Apple App Store. In addition, as of two days ago, Gov. Tom Wolf said more than 165,000 Pennsylvanians had downloaded the app (that was in the first week).

Moreover, entire nations including Canada, Brazil, and several European countries had previously launched essentially the same app as the one that New York spent $700,000 to develop its own version of recently.

Schwartz said it was paid for with money from the federal government, as well as funds from the Bloomberg Philanthropy foundation.

For more information of getting the COVID Alert NY app, click here

Human coronaviruses are usually spread through...

Help stop the spread of coronavirus