Older children can spread COVID-19 just as much as adults, new study finds. But why?

In the largest study yet, researchers found that while children younger than 10 spread the virus much less, the same wasn’t true for middle and high schoolers. 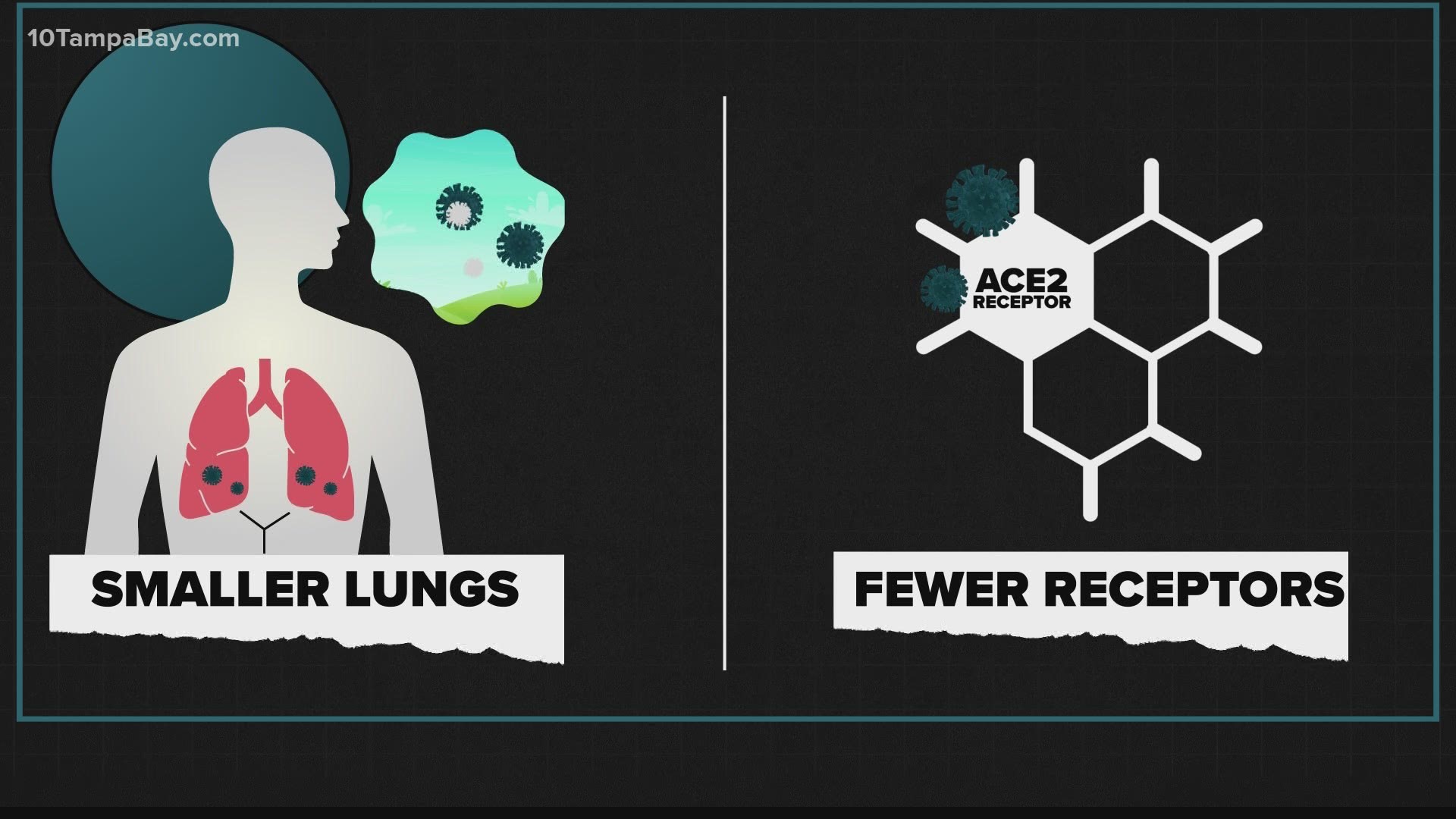 ST. PETERSBURG, Fla. — Researchers continue to find that, with some exceptions, kids are less likely to be infected with the coronavirus or experience serious, if any, symptoms if they do get it.

The bigger question is how likely children are to spread the virus to others, which continues to be a major concern in the debate over how to reopen schools in the fall.

Early, small studies conducted in Europe and Asia suggest young children are not very likely to transmit COVID-19, which Gov. Ron DeSantis has repeatedly cited in arguing for schools to reopen and students to be back in the classroom.

But a new, larger study conducted by South Korean researchers is revealing a much more complicated picture.

Between Jan. 20 and March 27, the researchers studied roughly 5,700 confirmed COVID-19 patients and then traced nearly 60,000 people who had contact with the confirmed cases.

They found that while kids younger than 10 spread the virus much less, children 10 years and older actually spread the coronavirus just as much as, if not slightly more than, adults, particularly at home.

Unfortunately, there’s no clear answer. At least not yet.

But there are plenty of interesting theories as to why younger kids aren’t likely to spread the virus or why older kids would be more likely, according to Dr. Jay Wolfson with USF Health.

“For small children under 10 years of age, one of the hypotheses about their reasons for not spreading it more is because they’re closer to the ground,” Wolfson said. “So when they express it’s not going to go up, it’s going to go down.”

Breathing closer to the ground -- children are shorter -- could make it less likely that adults would then breathe it in, he said.

Children also generally exhale less air, says Wolfson, so that could mean they would simply breathe out less virus-laden droplets.

“Their lung capacity may be smaller at that age,” he said. “Those are interesting hypotheses to test.”

Other researchers have suggested that younger children might also be less likely to get the virus in the first place because their cells have fewer of the necessary ACE-2 receptors, which is where the virus would attach, according to The New York Times.

The researchers behind this study warn this doesn't mean kids under 10 can't still pass on the virus and warn cases can still rise once schools reopen. While some countries like Denmark and Finland have successfully reopened schools, others like China, Israel and South Korea, Wolfson said, have had to close them down again.

Researchers also only traced kids with symptoms, so this doesn’t show how easily asymptomatic kids can spread it.

While much of the science still needs to be sorted out, Wolfson says what this study does tell us is significant.

“This is a very important large community study that looks at young children, teenage children, their family members, and it tracks them,” he said.

“It’s not absolutely conclusive, but studies like this help to guide us in how we are going to construct new studies going forward.”

Currently, the National Institutes of Health is tracking thousands of participating families to determine if children who get the virus spread it to other family members.