Details of the potential order were sparse and it was unclear whether the order would be citywide, countywide or statewide. 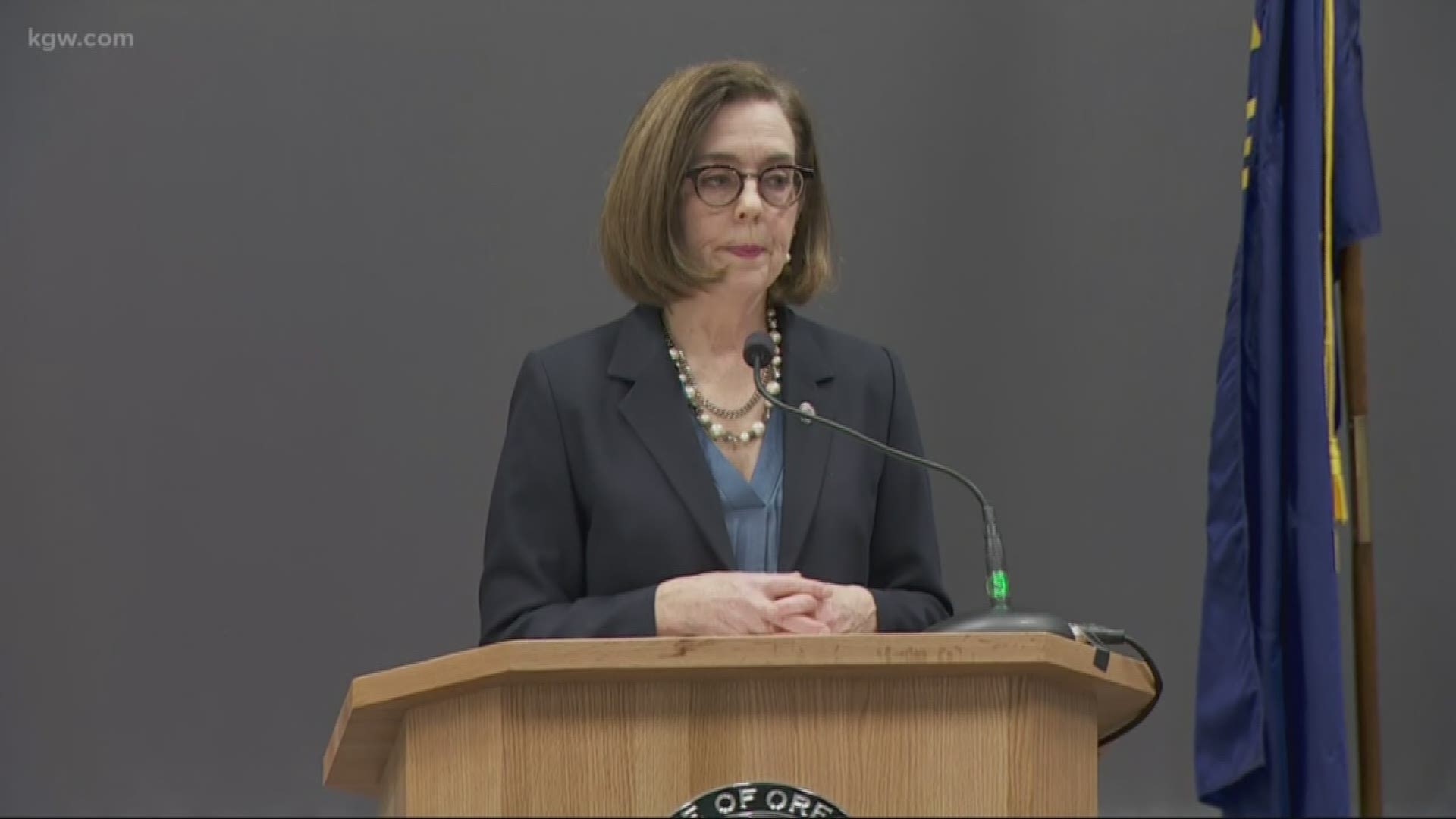 PORTLAND, Ore. — Oregon Gov. Kate Brown, Portland Mayor Ted Wheeler and Multnomah County Chair Deborah Kafoury plan to work together over the weekend on a "stay home" order to influence social distancing with the hopes of curbing the spread of the coronavirus.

Details of the potential order were sparse and it was unclear whether the order would be citywide, countywide or statewide. Those details will be worked on over the weekend, Brown said.

The public leaders made the announcement during a news conference Friday night in Portland. At the beginning of the news conference, Brown said the policy would be a combination of an order and a public awareness campaign called "stay home, stay healthy."

GET THE LATEST INFORMATION ON THE CORONAVIRUS

Later in the news conference, however, the governor wavered on if the policy would be a statewide order, saying she doesn't want to pass additional orders. Brown has resisted previous calls for a stay home order, including those from state health leaders.

At the very least, Wheeler, who has already come up with a draft plan for a possible citywide stay home order, said people should be prepared for additional social distancing measures from him by Monday, although he would prefer if the county and state were on the same page. Kafoury echoed Wheeler's sentiment of uniformity between state, county and city leaders.

"We will work with our jurisdictional partners on a Stay Home, Stay Safe order. If we have to ultimately issue a city specific order we will, but we are hopeful we can get our partners on board," said Eileen Park, spokeswoman for Mayor Wheeler.

Wheeler said the order would not be a lockdown and refrained from calling it a "shelter-in-place" order due to the association of that terminology with earthquakes and other emergencies. Portland's mayor said that under any additional social distancing policy, people would still be able to go to the store, get gas, and be outside as long as they keep six feet between themselves and others.

"What we're trying to do is change people's behavior," Wheeler said.

That was the one clear message from all three leaders: take this pandemic seriously and stay home unless absolutely necessary.

The discussion of statewide "stay home" measures has started to gain traction in the United States as more people test positive for COVID-19. The governors of California and Illinois have already issued such orders, urging residents to stay home unless for essential purposes.

In Washington, Gov. Jay Inslee said on Friday will not issue a stay home order yet but urged people to stay home whenever possible, especially people 60 and older or with underlying health conditions who may be more susceptible to severe symptoms of the coronavirus.

There were 26 new reported cases of COVID-19 in Oregon on Friday, the most cases reported in a single day in the state since the outbreak of the virus. There are 114 known cases in the state, including three people who have died.

RELATED: Should I let potential buyers see my house? Is COVID-19 like the chickenpox? Your coronavirus questions answered