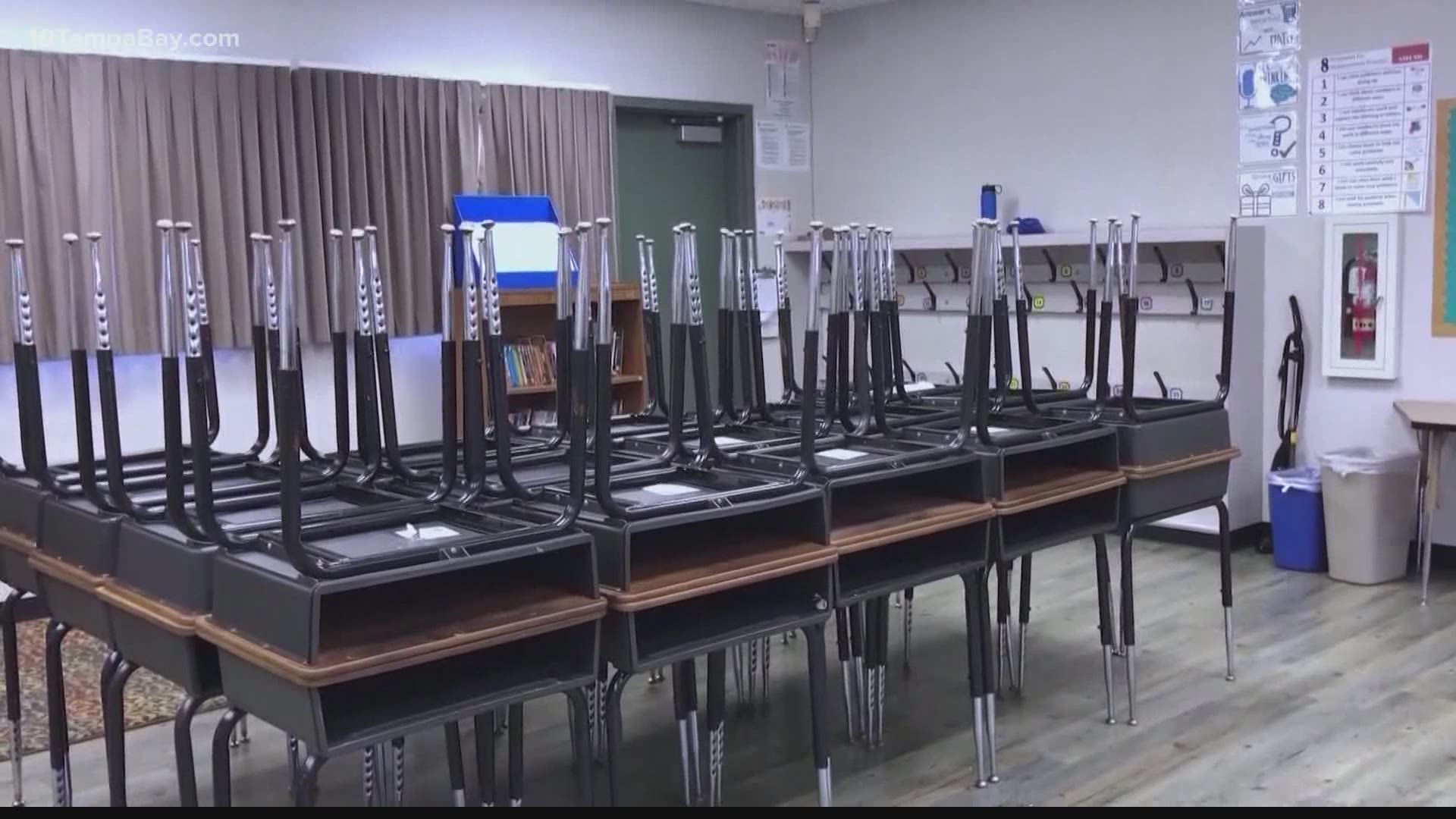 The governor held a round table at a school for special needs students in Clearwater, surrounded by parents and instructors who say the option for face-to-face instruction is a necessity.

The location and participants were clearly chosen for their perspective on DeSantis’s plan to reopen schools.

“It’s really about what’s safe for kids and best for kids,” said DeSantis, “But the needs of the parents are important as well.”

The Paul B. Stephens school in Clearwater caters to students with special needs.

Parents and teachers invited to speak at the roundtable discussed the special challenges their students have endured without classroom instruction.

“I’m very concerned about any social, emotional, and behavioral consequences for staying at home long-term,” said Lindsey Sinclair, whose child has autism.

“It is so hard to replicate what the teachers, with the aides, with the support with therapies do in a home setting. You just can’t do that,” said Erica Raff whose son has Down’s Syndrome.

Education Commission Richard Corcoran says he’s planning to send his own children back to school and was encouraged by the discussion.

“Just listening to you guys about making your decisions made me feel better about my decisions,” said Corcoran.

Asked repeatedly whether school systems that don’t offer brick and mortar instruction might lose funding, the commissioner and Governor would only say their plan ensures that would not occur.

“I think what Richard did was to provide a road-map where you have flexibility and are able to keep the funding intact,” said DeSantis.

The roundtable panel also included a member of the Urban League, who described in class instruction as a pillar upon which minority kids build their futures. Often a place not just for education, he said, but nutrition and safety.

Those are situations, said DeSantis, that have to be considered.

The governor repeated he would support districts which choose to delay reopening in order to do so safely.

“But I don’t think you’re going to have a school district in the state that is going virtual for the whole semester,” said DeSantis.

The governor also repeated his support for teachers who are uncomfortable with idea of returning to the classroom.

School districts, he said, should make as many accommodations as possible to give those with medical - or other conditions - the flexibility to teach outside the classroom.