House Speaker Pelosi rejected the most generous Trump administration plan as 'one step forward, two steps back.' Senate Republicans dismissed it as too expensive. 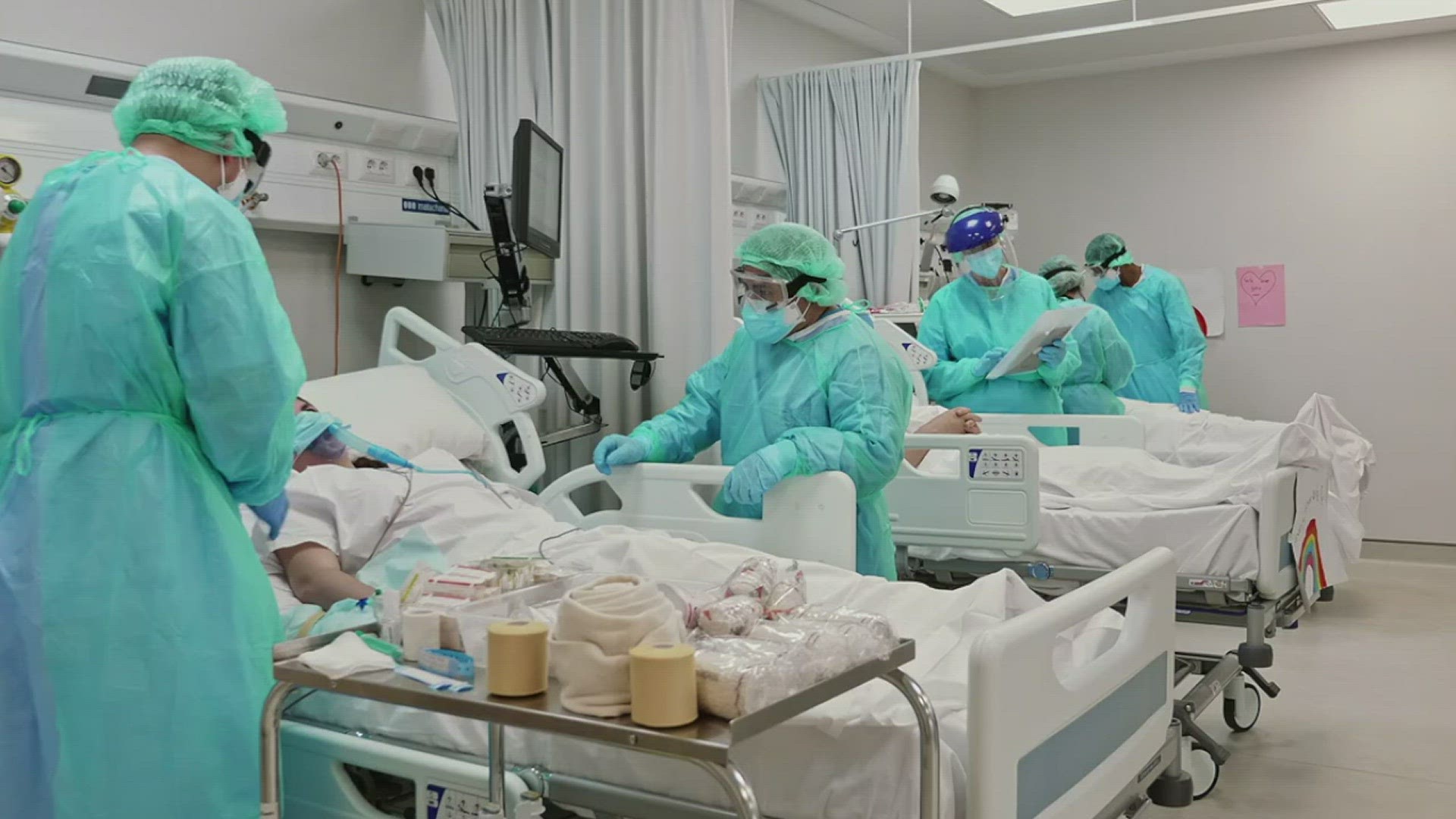 WASHINGTON, D.C., USA — A new White House coronavirus aid offer got bad reviews from both ends of the political spectrum on Saturday.

House Speaker Nancy Pelosi, D-Calif., rejected the most generous Trump administration plan to date as “one step forward, two steps back." The Republicans who control the Senate dismissed it as too expensive and a political loser for conservatives.

Pelosi said she is still hopeful that progress can be made toward a deal but it's as clear as ever that GOP conservatives don't want a deal on her terms.

The White House had boosted its offer before Treasury Secretary Steven Mnuchin and Pelosi spoke on Friday afternoon. President Donald Trump is eager for an agreement before Election Day, even as his most powerful GOP ally in the Senate said Congress is unlikely to deliver relief by then.

The new offer totals about $1.8 trillion, aides familiar with it said, with a key state and local fiscal relief component moving from $250 billion to at least $300 billion. The White House says its most recent offer before that was about $1.6 trillion. The aides were not authorized to publicly discuss private negotiations and spoke on condition of anonymity.

Pelosi’s most recent public offer was about $2.2 trillion, though that included a business tax increase that Republicans won’t go for.

A quite negative ⁦@SpeakerPelosi⁩ letter to Dems saying that the rebuttal from Washington’s most eager man ⁦@stevenmnuchin1⁩ was insufficient and represented one step forward, two steps back. pic.twitter.com/Knk5817Ckt

In a letter Saturday to colleagues, Pelosi said, “This proposal amounted to one step forward, two steps back. When the president talks about wanting a bigger relief package, his proposal appears to mean that he wants more money at his discretion to grant or withhold.”

She said that while his administration attempted to address some of the Democratic concerns, disagreement remained on many priorities and Democrats are “awaiting language” on several provisions.

“Despite these unaddressed concerns, I remain hopeful that yesterday’s developments will move us closer to an agreement on a relief package that addresses the health and economic crisis facing America’s families,” Pelosi’s letter said.

Mnuchin’s latest offer also got a roasting from GOP senators, who weighed in on a conference call Saturday morning, according to a Republican familiar with the call who was not authorized to discuss the call publicly and spoke on condition of anonymity. Many conservatives are skeptical of so much deficit-financed aid in the first place, and Pelosi-sought provisions such as expanding eligibility for the Affordable Care Act landed with a thud.

Pragmatists such as Sen. Susan Collins, R-Maine, and politically endangered Republicans including Sen. Lindsey Graham of South Carolina appear willing to “go big” as Trump wants. But rank-and-file Republicans — Sens. Marsha Blackburn of Tennessee, Rick Scott of Florida, and John Barrasso of Wyoming, for example — are adamantly opposed to another relief bill that's so generous.

GOP Senate Majority Leader Mitch McConnell remains skeptical of the chances for an agreement, having told an audience in Kentucky on Friday that he didn't see a deal coming together before Election Day.

"I think it's unlikely in the next three weeks," McConnell said Friday. He said later that “the first item of priority of the Senate is the Supreme Court," suggesting there isn't time to process both a relief bill and the high court nomination of Judge Amy Coney Barrett before the Nov. 3 election.

Credit: AP
Speaker of the House Nancy Pelosi, D-Calif., questions President Donald Trump's fitness to serve following his hospitalization for COVID-19, during a news conference at the Capitol in Washington, Friday, Oct. 9, 2020.

President Donald Trump has been all over the map, first as one of the forces in favor of a deal, then killing the talks on Tuesday, only to revive them by weeks' end.

On Tuesday, he ordered an end to the weekslong talks after being told that few Republicans in Congress would end up voting for a possible Pelosi-Mnuchin deal. Now, after a political beating, Trump is pressing hard for a deal, motivated by the prospect of sending $1,200 direct payments to voters before November.

It's clear from Saturday's Senate GOP conference call that the skepticism or outright opposition hasn't changed.