People without symptoms transmitting more than half of new COVID-19 infections, study finds

New research from the Centers for Disease Control and Prevention finds nearly 60 percent of coronavirus cases are being transmitted by people who are asymptomatic. 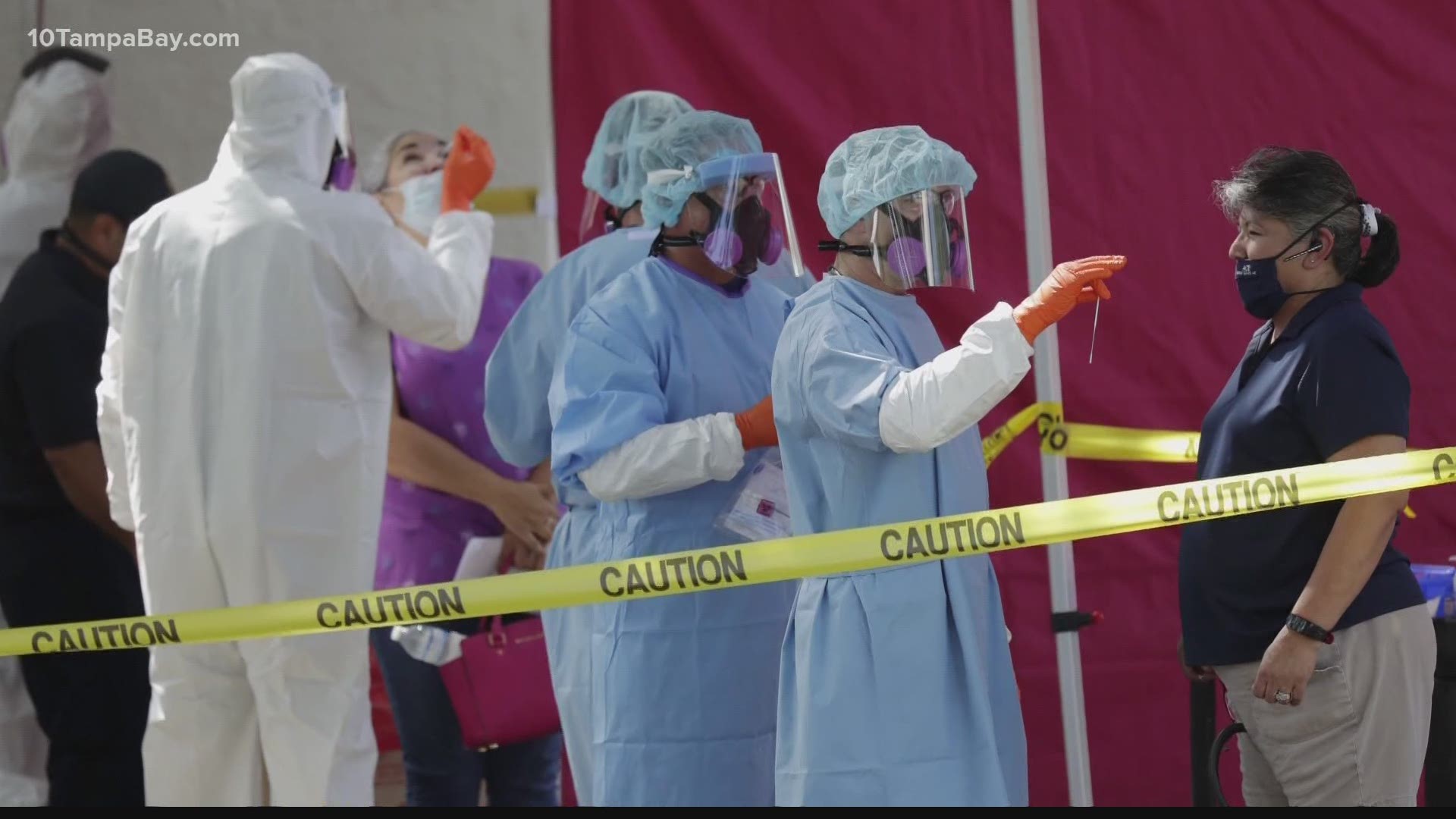 ST. PETERSBURG, Fla. — Since the start of the pandemic, researchers have known there are people with COVID-19 who are spreading the virus without knowing it because they don’t have symptoms.

Initials estimates were about 40 percent, said University of South Florida’s Dr. Jay Wolfson. But now, according to new modeling by the CDC, that number is closer to 59 percent.

"More people are actually capable of spreading it,” Wolfson said. “And with the new variant … it's not stronger but it spreads easier, and we're already seeing many cases of that in Florida."

With the post-holiday surge predicted by doctors currently playing out from coast to coast, coupled with widespread feelings of so-called "pandemic fatigue," Wolfson says these findings underscore why precautions are still necessary until the vaccine is widely available—wearing masks, social distancing and getting tested even if you don't feel sick.

“This disease is just sneaking around us all the time and encouraging us to become complacent,” he said.

"With measles, mumps, smallpox, influenza, you either have it or you don't, with this you can have it and not know it and now that more than 40 percent of the people who have it may not know it makes it even stranger and more dangerous."