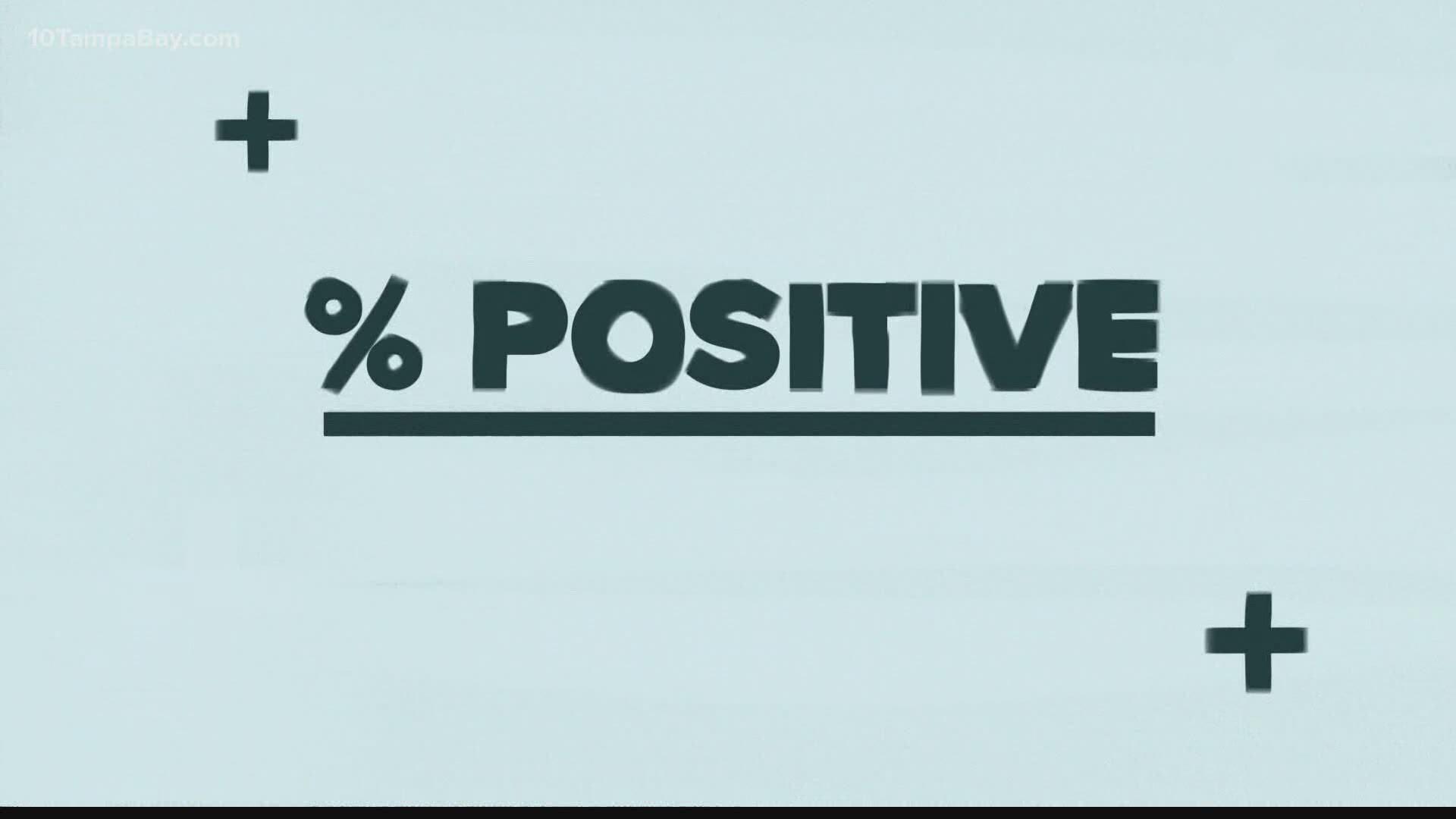 ST. PETERSBURG, Fla — For the first time in more than two months, the percent positivity for new COVID-19 cases among people who live in Florida has fallen under the 5 percent mark.

At 4.89 percent, it’s the lowest percent positive figure the state has seen since June 13.

That’s out of the 98,633 test results returned from labs on Friday, according to the Florida Department of Health.

Being below 5 percent is significant because that was supposed to be a benchmark for reopening. Earlier in the pandemic, the World Health Organization told governments that, before reopening, rates of positivity in testing should remain at 5 percent or lower for at least two weeks.

It’s the tenth day straight that Florida has been below 10 percent positivity of new cases.

Out of those hospitalized, 813 are in the Tampa Bay area. The number of hospitalizations reported in Tampa Bay has been below 1,000 for the past five days.

Percent positive cases help us understand if we’re doing enough testing and how an overall community is responding to the pandemic. If we see a consistent rise in that figure, that means more people on average are being infected.

But we can’t just take that figure at face value.

“The problem with percent positive is it varies with how much testing we do. You cannot compare percent positive from one day to the next unless the number of tests is the same,” said USF College of Public Health Dr. Jill Roberts.

So, you can’t compare a day of high testing to a day of low testing.

If we looked at 10 apples and found worms in six, 60 percent had worms.

But if we looked at 50 apples and still only found six with worms, that number changes to 12 percent.

If we had 100 apples and still only six had worms, that turns into 6 percent.

In other words, to really know what the percent of positive cases are, we have to be doing as much testing as possible.