In an effort to end the pandemic, US greenlights first COVID-19 vaccine for emergency use

The FDA has signed off on the panel's recommendation, paving the way for millions of doses to begin shipping soon. 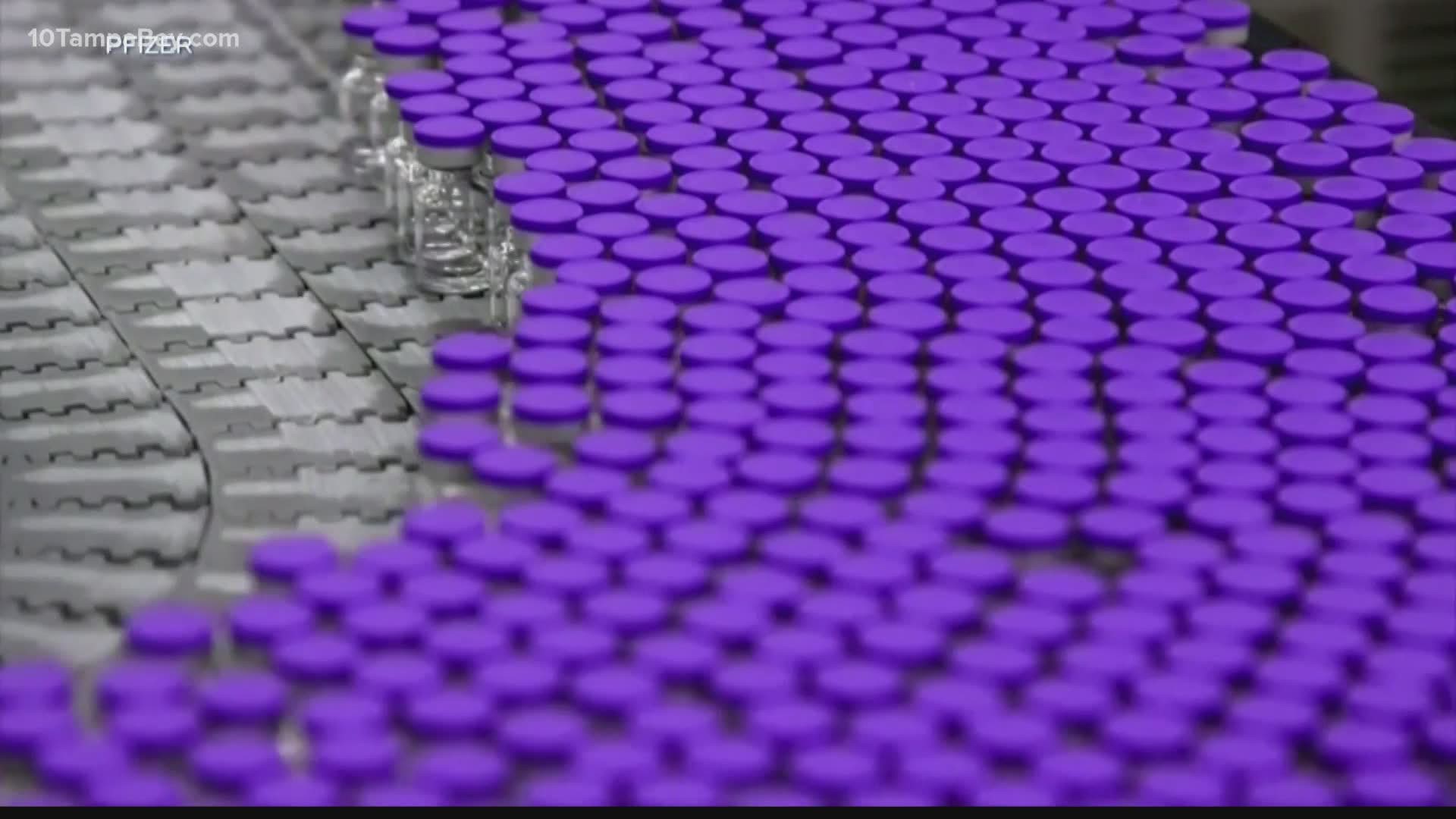 The U.S. has given the final go-ahead for the nation's first COVID-19 vaccine for emergency use. Now, millions of doses are on standby to be shipping, arrive in a few days.

The FDA's Friday night decision comes after a U.S. government advisory panel on Thursday recommended the Food and Drug Administration grant an emergency use authorization for Pfizer’s COVID-19 vaccine.

The government advisory panel met virtually to scrutinize Pfizer’s data on the vaccine for any red flags. The FDA was not technically required to follow the panel's recommendation, but the agency took the guidance, calling the vaccine "safe and strongly protective."

In a 17-4 vote with one abstention, the government advisers concluded that the vaccine from Pfizer and its German partner BioNTech appears safe and effective for emergency use in adults and teenagers 16 and older

“The FDA’s authorization for emergency use of the first COVID-19 vaccine is a significant milestone in battling this devastating pandemic that has affected so many families in the United States and around the world,” said FDA Commissioner Stephen M. Hahn, M.D.

"Today’s action follows an open and transparent review process that included input from independent scientific and public health experts and a thorough evaluation by the agency’s career scientists to ensure this vaccine met FDA’s rigorous, scientific standards for safety, effectiveness, and manufacturing quality needed to support emergency use authorization.”

A press conference on the vaccine authorization will take place at 9 a.m. EST on Saturday, Dec. 10. FDA Commissioner Stephen Hahn and Director of the FDA’s Center for Biologics Evaluation and Research Peter Marks will be fielding questions.

The FDA’s authorization for emergency use of the first #COVID19 vaccine is a significant milestone in battling this devastating pandemic that has affected so many families in the United States and around the world. https://t.co/HP4f5DTFl9

But the FDA has stressed that an emergency use authorization is not an FDA approval.

“While not an FDA approval, today’s emergency use authorization of the Pfizer-BioNTech COVID-19 Vaccine holds the promise to alter the course of this pandemic in the United States,” said Peter Marks, M.D., Ph.D., Director of the FDA’s Center for Biologics Evaluation and Research.

President Donald Trump released a video on Twitter commending the nation for achieving a "medical miracle."

"On behalf of the American people, I'd like to thank all of the brilliant scientists, technicians, doctors and workers who made this all possible," Trump said.

The president also claimed the vaccine's distribution will save millions of lives and end the pandemic. Trump promised that the first vaccine would be administered within 24 hours.

But initial doses are said to be scarce and rationed, with health workers and nursing home residents first in line. Enough vaccines for the general population aren't expected until spring, and experts urge people to mask up and keep their distance during a long, grim winter.

Ahead of Friday's emergency authorization, the advisory panel on Thursday picked apart the data and debated the vaccine's effectiveness and safety. Hanging over the meeting, at the time, was a warning from UK leaders that people with a history of serious allergic reactions shouldn’t get the vaccine. Authorities there are investigating two reports of reactions that occurred when the country began mass vaccinations.

By formally signing off on the panel's recommendation on Friday, the U.S. is the latest country to approve Pfizer’s vaccine, after the UK and Canada.

With an emergency use authorization officially granted by the FDA, shipments of doses could go out almost immediately. And, some people in the U.S. could get their first shot by early next week.

Under emergency use authorization, Pfizer is expected to deliver 100 million doses -- enough for 50 million Americans -- in the coming months.

However, the pandemic won’t just disappear with Pfizer’s vaccine or others that are being developed and tested. A recent White House Coronavirus Task Force report says vaccines won’t substantially reduce the spread of COVID-19, hospitalizations or deaths until 100 million people are immunized.

RELATED: Once a COVID-19 vaccine is approved-- what's next?

When will Florida get vaccine doses?

Ahead of Friday's emergency use authorization announcement, Gov. Ron DeSantis shared an update on Florida's vaccine distribution plan. That included details on the state's first allocation of doses of the Pfizer vaccine.

"The federal government has allocated Florida 179,400 doses of the Pfizer vaccine for our first shipment and we anticipate receiving these initial doses within the week," the governor said in a video shared on social media.

DeSantis said this first batch of vaccine doses will go to health care workers and those "who are in high risk and high contact environments."

People living in long-term care centers in Broward and Pinellas counties will be among the first to receive the COVID-19 vaccine.

Here's how the doses will be allocated:

97,500 doses will be sent to hospitals to administer the vaccine to high-contact and high-exposure health care personnel.

60,450 doses of vaccine will be sent to CVS and Walgreens for use in long-term care facilities.

21,450 doses of vaccine will go directly to the Florida Department of Health. DeSantis said the state will use teams from DOH, the Division of Emergency Management and the Florida National Guard to go into long-term care facilities to administer the vaccine.

The Pfizer vaccine requires two rounds of shots, and it is essential that the second dose is given three weeks after the first.

"As the vaccine supply increases over the next few weeks, we want to start getting it out to our elderly residents as well as those who may have significant comorbidities, making them high-risk for complications from COVID-19," DeSantis said.

Florida will receive 179,400 doses of the Pfizer vaccine & we are prioritizing our most vulnerable residents & high-exposure health care personnel to receive the vaccine first. We are also mobilizing strike teams to supplement vaccination of long-term care residents. pic.twitter.com/wmBcE4pGD1

Earlier this month, Gov. Ron DeSantis explained the state's priority list and plans for distribution. Those set to get the vaccine first are:

The distribution priority list is a variation of the vaccination plan template put out by the CDC in mid-October to help local governments develop their plans.

Five hospitals in Florida have been selected to get vaccine doses first, including Tampa General Hospital. The hospital has been spending the last several weeks preparing to receive, store and administer the vaccine.

"You'll see vaccine move into this area, probably by next week. At this time (next week), I would expect there to be vaccine in our freezer at Tampa General Hospital," said Dr. Jason Wilson, Associate Medical Director ER at TGH.

With Pfizer's vaccine greenlighted for emergency use, it's just a waiting game for it to arrive at facilities chosen to receive it first. That could be just a few days before Florida and many other states get their first batches of vaccine and administer them.

RELATED: Pinellas nursing homes will be among first to receive COVID-19 vaccine

What other vaccines are being developed?

Later this month, the FDA is expected to evaluate greenlighting another vaccine candidate -- this one developed by Moderna and the National Institutes of Health. This COVID-19 vaccine has proved about as protective as Pfizer's.

A third vaccine candidate -- from AstraZeneca and Oxford University -- is also making its way through the pipeline.

RELATED: VERIFY: New COVID-19 vaccines won't cause you to be infectious 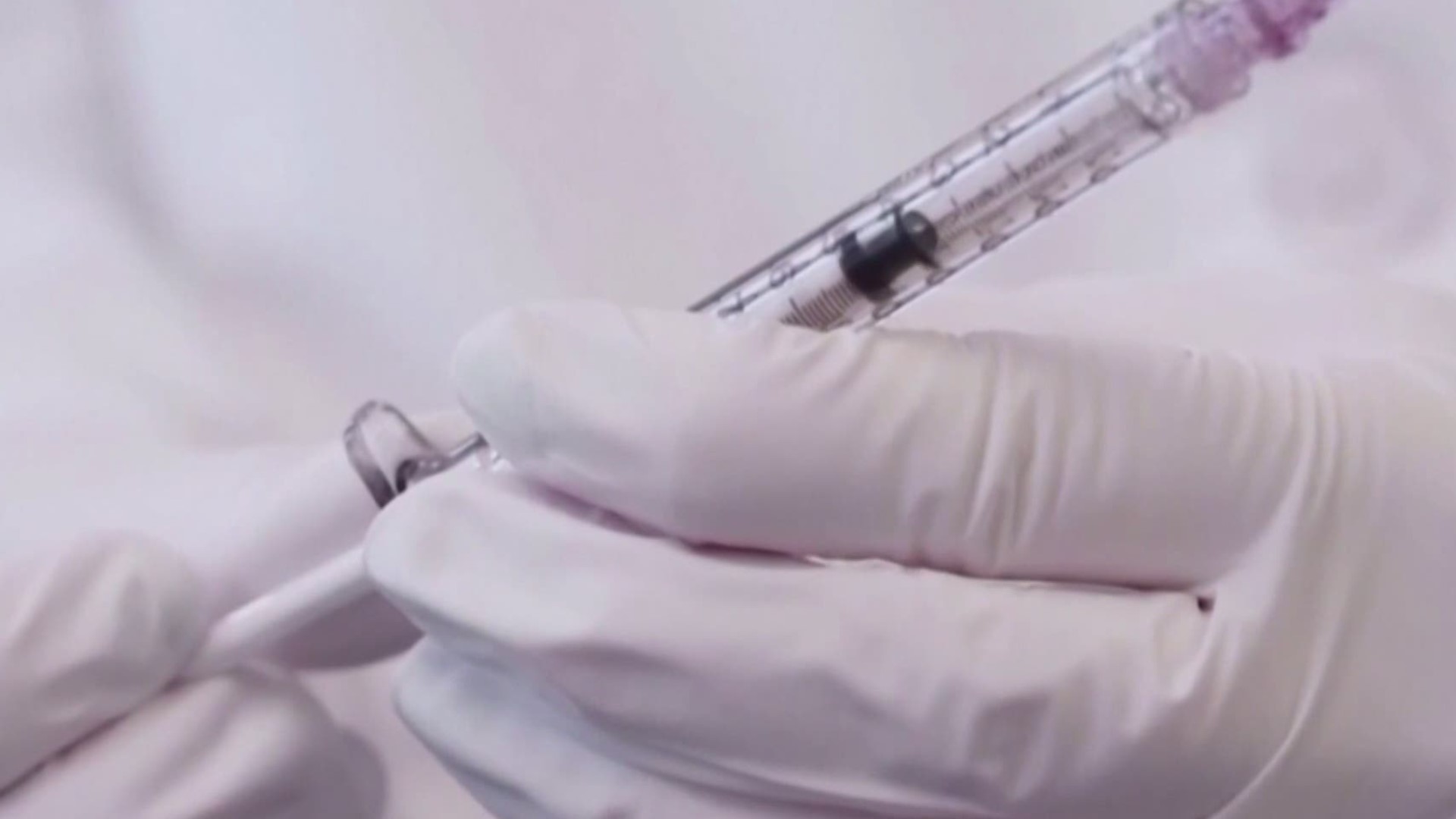