Despite calls to close the beaches for the Fourth of July weekend, the Pinellas County sheriff said they’ll stay open and his focus will be on policing the bars. 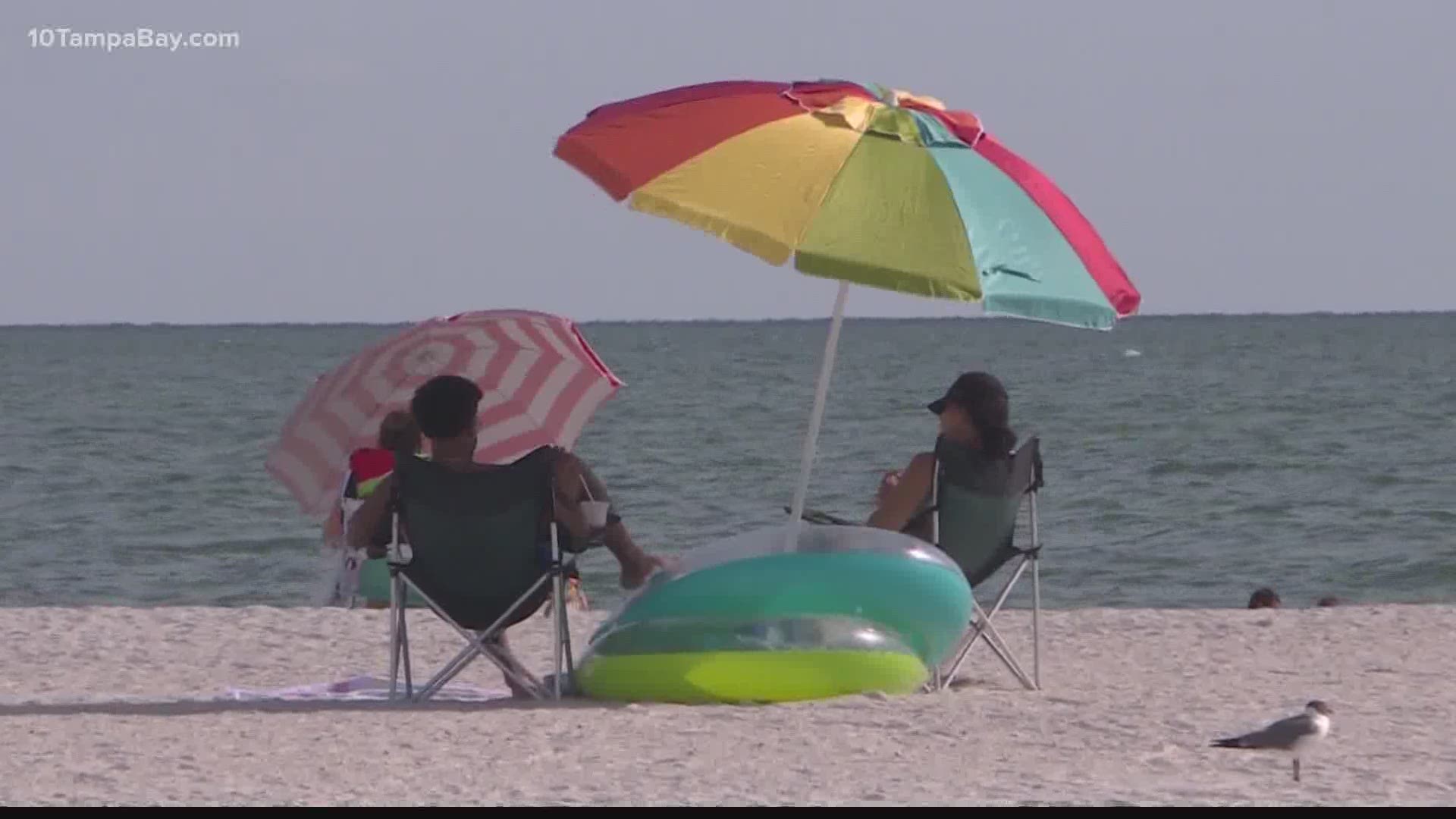 Pinellas County Sheriff Bob Gualtieri made clear Tuesday to county commissioners that he believes bars, not beaches, will require most of the policing.

“The problem is not the people on the sand,” Gualtieri told commissioners. “It’s the indoor spaces that are the problem … this isn’t spring break, this is a different environment.”

RELATED: Pinellas County beaches will be open for July 4

Gualtieri said his office will start enforcing the ban on alcohol service at bars which was implemented last week by the state. He explained his deputies will first issue warnings, followed by criminal notices to appear in court, and then will potentially start making arrests.

All establishments deriving more than 50 percent of yearly gross revenue from the sales of alcoholic beverages were ordered to suspend such sales for consumption on the premises.

But Gualtieri also called on business owners to step up, arguing enforcement shouldn’t be seen solely as a law enforcement issue.

“Everybody knows the rules,” he said. “They can help us fix this because they are the ones allowing it to happen.”

As for the beaches, Gualtieri said the weeks-long effort to control capacity in May after they initially reopened was a “major lift” requiring 300 deputies and overtime costs.

The popular capacity dashboard won’t be activated again for the same reason.

“The reason the dashboard worked is because there were boots in the ground—literally—at every beach access point, every parking lot, all the roads and we were able to update it live,” he said.

“We can’t ask law enforcement to solve the entire issue, and personal responsibility is a big part of that, but we know that behavior changes,” Commissioner Ken Welch said. “For example, when you’re on (Interstate) 275 and you see the highway patrol car, people tend to slow down.”

Just like any other holiday weekend, Gualtieri said there will be the usual uptick in law enforcement presence on the beaches, but any effort to seriously limit capacity isn’t feasible now like it was in May because hotel occupancy rates have increased.

“When you’ve got the number of people in the hotels and you start pushing people away, all you’re going to do is push them into the pools, and pool decks and hotels and you really got to think about that,” he said.

Beaches in Broward, Palm Beach and Miami-Dade counties will close this weekend as COVID-19 cases statewide continue to climb.

RELATED: Ahead of holiday weekend, doctors warn of beach risk