‘In her honor’: Plant City woman makes special mask after losing her mother to COVID-19

Julie Smith made a special mask after a loved one lost her battle with coronavirus. Now she encourages others to not take life for granted. 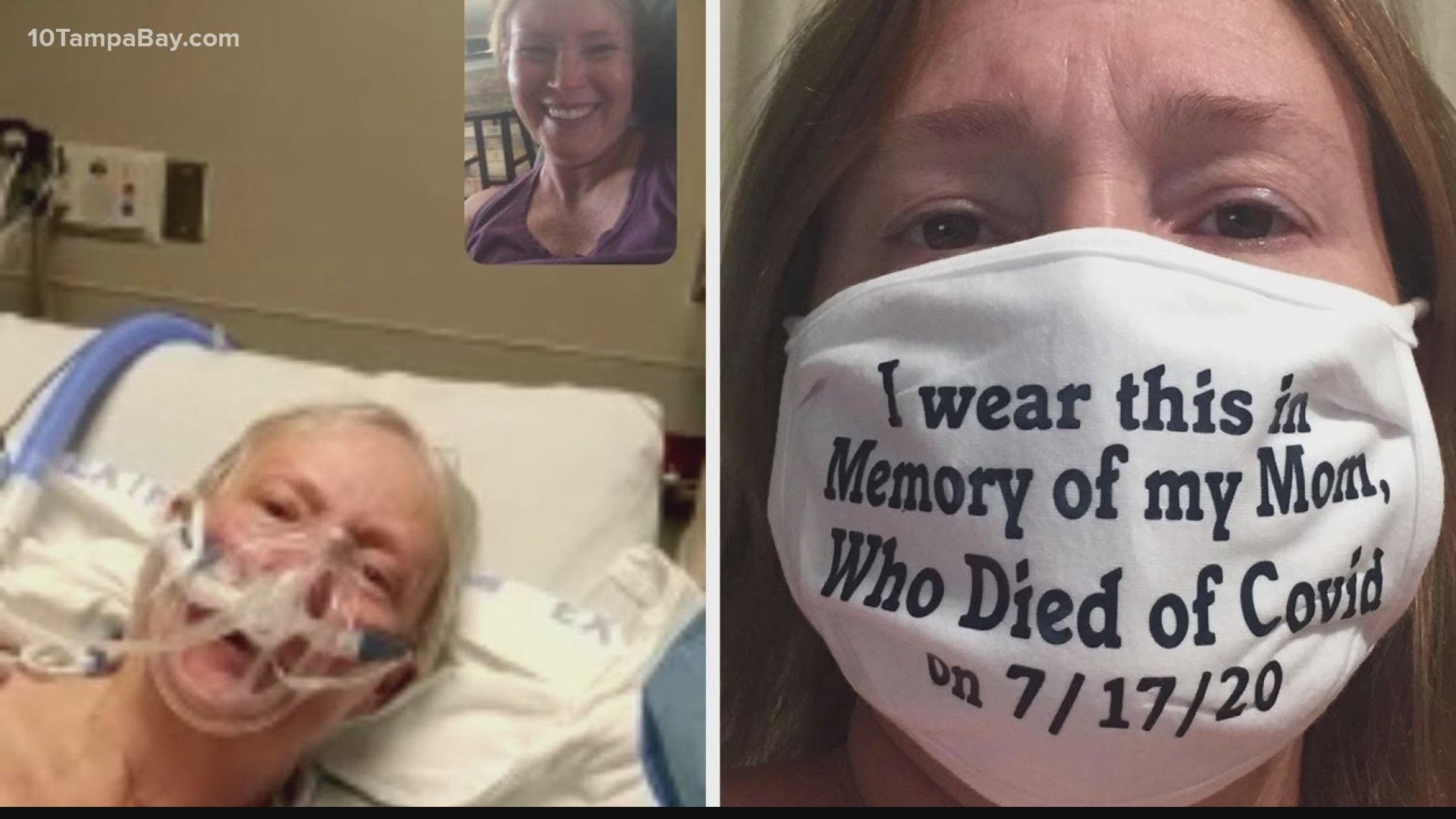 Since the beginning of the coronavirus outbreak in Florida, doctors have urged people to wear a mask to stop the spread. But not everyone has taken that to heart.

“I thought that it was overkill. I thought it was too much. I actually didn’t think it was going to happen. I didn't take it serious enough, and I regret it,” Julie Smith told 10 Tampa Bay.

The Plant City native says she learned the hard way after her 70-year-old mother, Dorothy Moore, lost her battle with COVID-19 last Friday.

When asked why she didn’t take it more seriously from the beginning the answer was simple. She didn’t know anyone who had it.

RELATED: Fall 2020 sports in Florida: FHSAA to give schools flexibility to start

RELATED: Man spends 20 days on a ventilator after reportedly being exposed to COVID-19 by son

“Honestly, for so long, I mean, it's been, what, four months now, since the pandemic started. I didn't know anybody personally, that was affected by it. If I did, I didn't know that I knew them,” Smith said.

That was until her mom tested positive for coronavirus a few weeks ago. She was admitted to AdventHealth in Dade City but was healthy enough to go home two days later.

“Nothing much more than a cold or sinus infection, low-grade fever and you know. It just ended up the very next day after she was released, she was readmitted and never came out,” Smith said.

The virus slowly broke down her lungs. While the family spoke through FaceTime, machines helped Dorothy breathe. Doctors said she needed a ventilator to survive.

“She did not want to live on life support. We discussed it before she was sick, but never did I actually believe that we would be in that situation where I had to honor her wish that is not what she wanted,” Smith said.

Thursday night Julie got a text from her mom, she was tired and told her it was too much.

“She wanted peace and unfortunately, peace was death in her situation,” Smith said.

While she grieves Julie wanted to let people know what her family was going through. She found a way to honor her and made a special mask.

Now she hopes her story is a warning to others to never take life for granted.

“I didn't take it seriously enough and I regret it. She won't come back, she'll never come back, but the most I can do is try to help other people to educate them that it's real and it's right here,” Smith said.