Workers have been tasked with wiping down machines, and they have added hand sanitizer for voters. 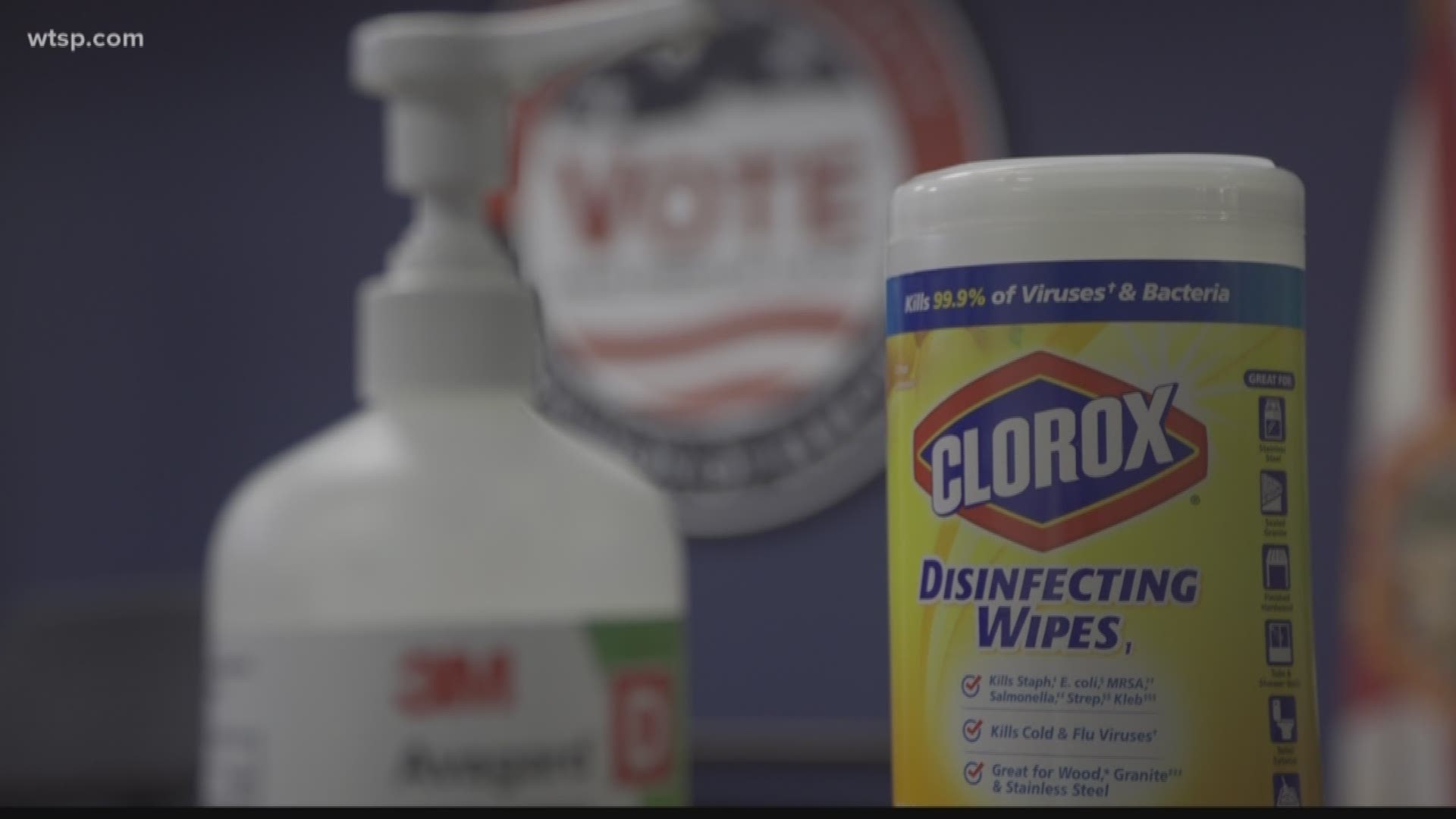 "I just want to make sure that my vote gets in," she said.

This election is no different, despite the fact that she’s aware of the spread of coronavirus. She's doing her best to stay healthy.

"Using hand sanitizer, washing my hands as often as I can, I take care of my grandsons so I want them to be safe, also," Guastella said.

She thinks the precautions the elections office is taking are smart.

"We’re making sure they’re cleaning the polling locations up to six times an hour, using disinfecting wipes, we’ve given them hand sanitizer they can use it themselves or if voters want to use they can use it also," Pinellas County Supervisor of Elections spokesman Dustin Chase said.

Chase says they are also training the poll workers to stay home if they’re sick and wash their hands often.

"We have had a few poll workers say they don’t want to work because of coronavirus, we have replaced those workers," he said.

Chase says it’s important people feel comfortable coming out to exercise their constitutional right and says so far turnout has been great.

"Don’t be afraid to come out and vote," Guastella said.

10News checked in with the Hillsborough County Supervisor of Elections, as well. They say they have plenty of hand sanitizer, sanitizing wipes, and they’re following the Centers for Disease Control and Prevention guidelines.

They say they would do all of that, anyway, because it is in the middle of flue season.