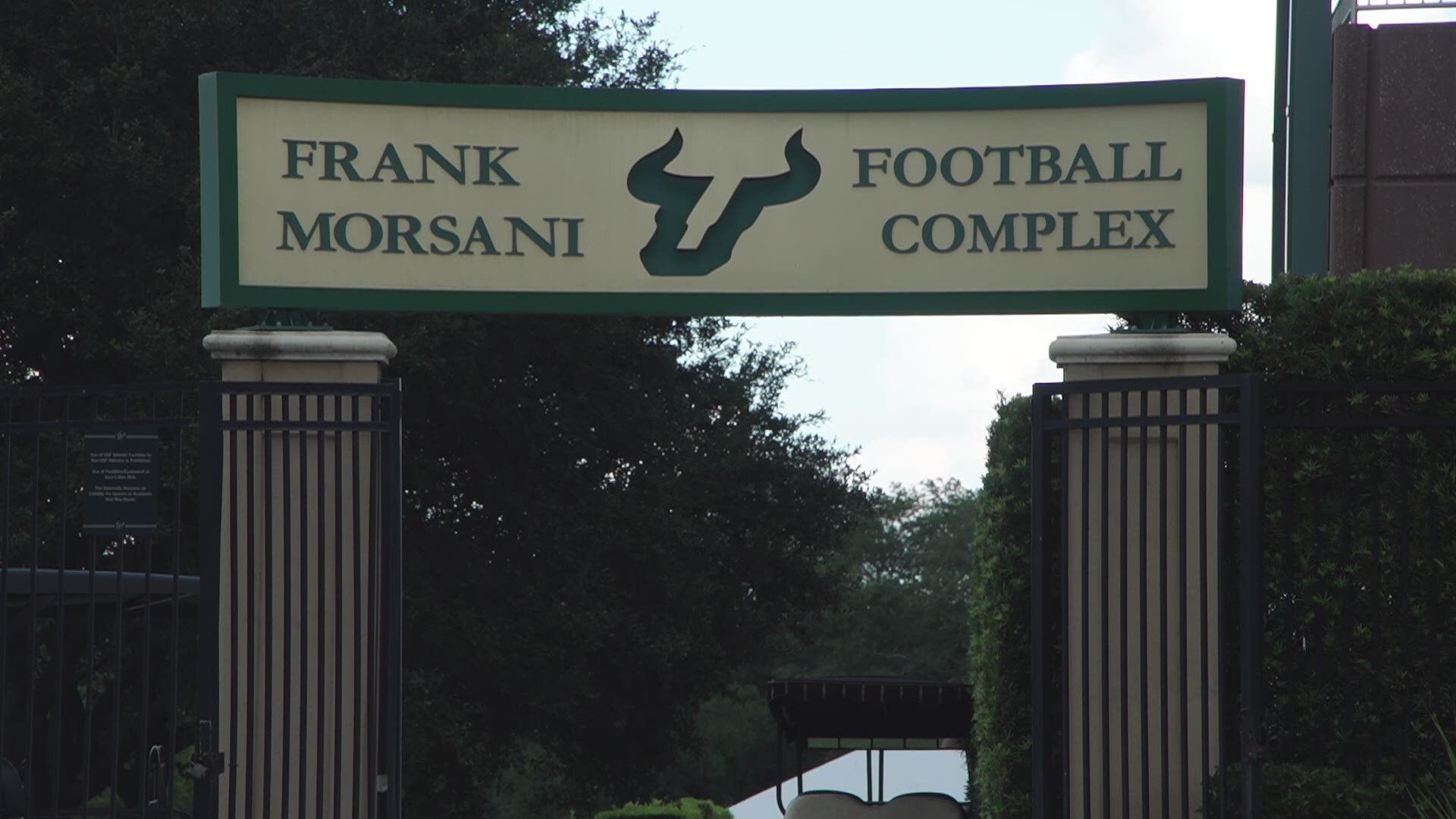 TAMPA, Fla. — Football is back! USF took the field at Raymond James Stadium Saturday to face-off against Citadel, but there were no fans in the stands. Starting off a season that will look unlike any other in the team's history.

Some players were also missing after a positive COVID-19 test resulted in four other players being quarantined. The positive player was identified from a pool test.

The football team has been participating in USF’s pool testing trial program. The idea is to test multiple people at one time. Using fewer resources for quicker results. While some labs take days to return results, the USF pool testing program can get people results within hours.

This proved crucial for the football team.

"We were able to detect it so quickly that we were able to not only quarantine the players but isolate that one player before it became a problem," said Kevin Sneed, the Dean of the College of Pharmacy at USF and one of the leads for USF's pool testing program.

The next step in the season is to safely bring fans back. The school is hoping to have tickets available for their next home game in October. Giving USF time to create a procedure for how to safely get fans and players into the stadium.