Another round of stimulus checks? President Trump says 'we're talking about that'

Through the CARES Act, the federal government has already sent $1,200 checks to millions of Americans during the coronavirus pandemic. 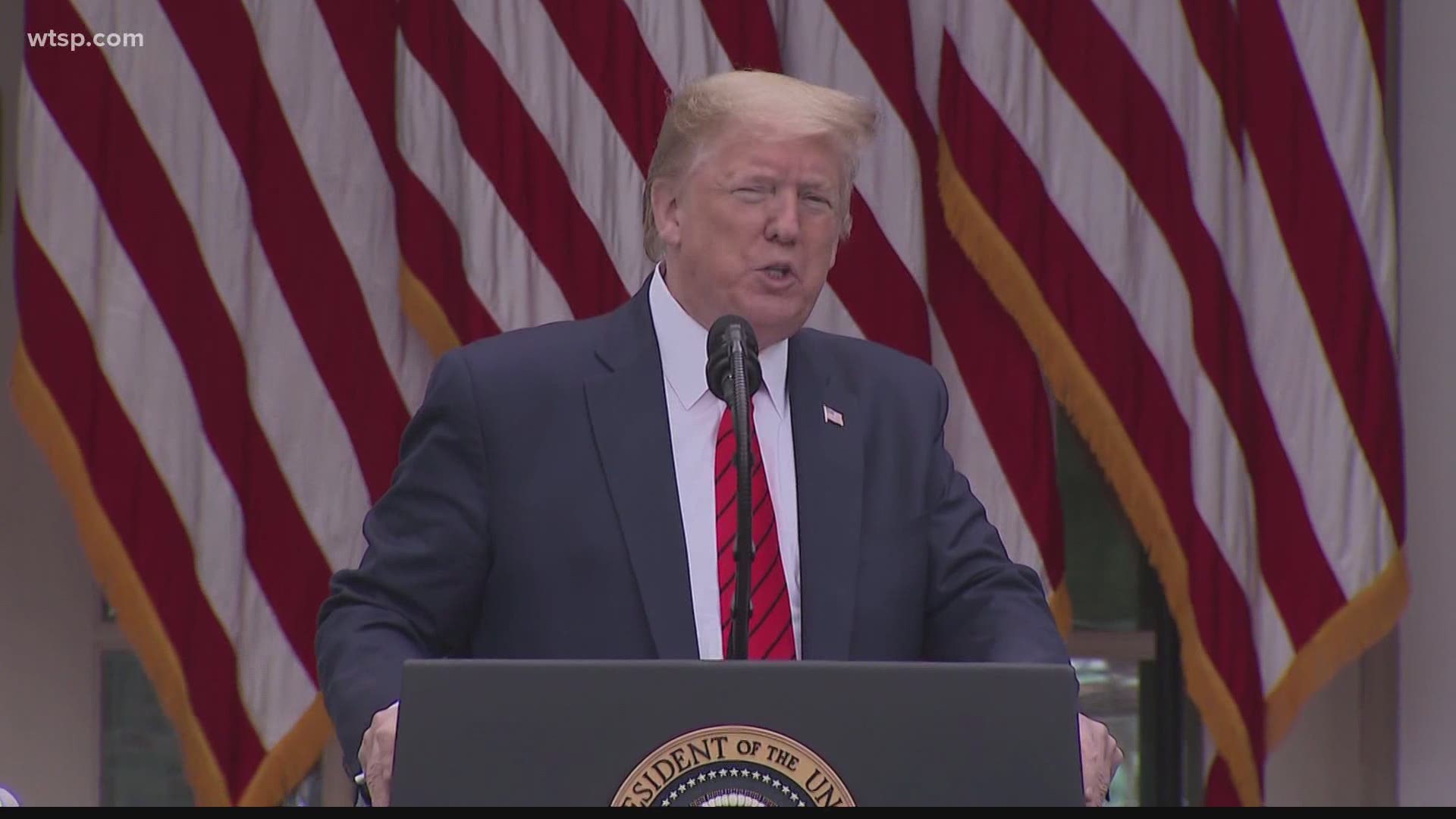 WASHINGTON, D.C., USA — As Senate Democrats push for $2,000-a-month stimulus checks during the pandemic, President Donald Trump said he and his administration are "talking about that."

Trump on Monday was asked about the Democrats' proposal to send a second round of coronavirus stimulus payments to Americans.

Through the CARES Act, a $2 trillion economic relief package, the federal government has already sent millions of Americans $1,200 stimulus checks.

On May 8, Senators Kamala Harris (D-Calif.), Bernie Sanders (I-Vt.) and Ed Markley (D-Mass.) unveiled their Monthly Economic Crisis Support Act. Under the proposal, Americans would receive $2,000 a month until the pandemic ends.

RELATED: What is the Paycheck Protection Program loan forgiveness guidance?

Harris and Sanders said the one-time $1,2000 checks from the CARES Act were not enough for many Americans to pay rent, bills and buy essentials.

"Bills will continue to come in every single month during the pandemic and so should help from the government," Harris said in a statement.

Another $2,000 a month proposal was also introduced in the U.S. House of Representatives last month by Rep. Tim Ryan (D-Ohio) and Rep. Ro Khanna (D-Calif.).

And, those who are unemployed would be eligible.

Other proposals for mother stimulus plans include Democrats calling for rent and mortgage payments to be canceled nationwide and for a $100 billion fund to be established for emergency rent relief.

Trump has also called for Social Security payroll tax cuts as a way to boost the economy. Under the current phase of the relief package, employers got a payroll tax cut, but the president said he's working to also have employees covered by that tax cut in the next phase.

RELATED: US to buy $3B in dairy, meat, produce from farmers, Trump tweets