It's unclear if the governor will make another extension. 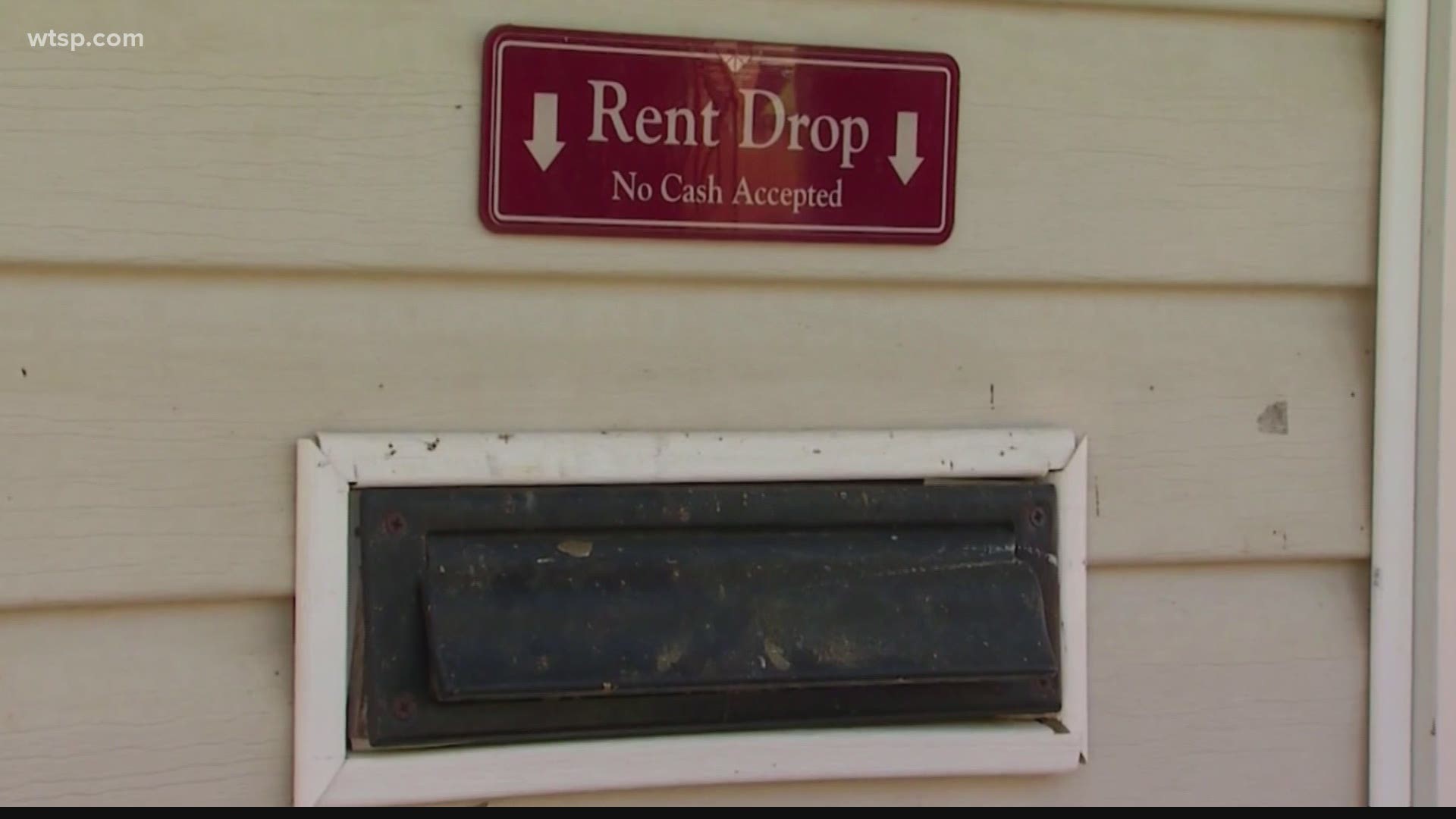 CLEARWATER, Fla — With just one week until Gov. Ron DeSantis’ moratorium on evictions expires, many renters across the Tampa Bay area fear they could soon have no place to live.

"We can see it as being even more devastating than the foreclosure crisis in 2008,” said attorney William Peña Wells, of Gulfcoast Legal Services.

Eckwood Ellison, of Clearwater, fears he could be one of many facing eviction next week. The artist depends on his work to make ends meet, but after losing a client and work from Uber, he’s behind on rent.

"It's not like my landlord wants to get rid of me, but she might be forced to, because it is a business,” he said.

If he’s evicted, he would also lose his ability to create the one thing that may generate income for him through the pandemic.

"My studio where I'm speaking to you from now is actually on my porch, in my unit where I live. So, that moratorium allows me to continue to work,” he said.

Landlords across Tampa Bay are already filing paperwork in court so they can evict tenants when the moratorium is lifted. But there's concern this will create a housing crisis, and people will have no place to go.

RELATED: Rent overdue? What to do when eviction ban is lifted June 2

"Florida, unlike most of the other 49 states, has the draconian policy that if you're served with evictions, within five days, you have to put the entire amount in the complaint in the registry of the court, or you're pretty much defaulted."

Attorneys say always communicate with your landlord if you can't pay because he or she might work out a payment plan. If the issue winds up in court, Peña Wells said to always respond to the filings, or the courts could automatically rule against you.

"We're facing a very, very serious crisis that could derail the economic recovery that the state is so urgently trying to foster,” said Peña Wells.

If you need legal representation, you can reach out to your county's legal aid office for free help.

But don't wait, as these offices are getting lots of calls for assistance.