At least 37 states have found cases of the mutation out of the U.K. Florida leads that list right now with 347 cases. 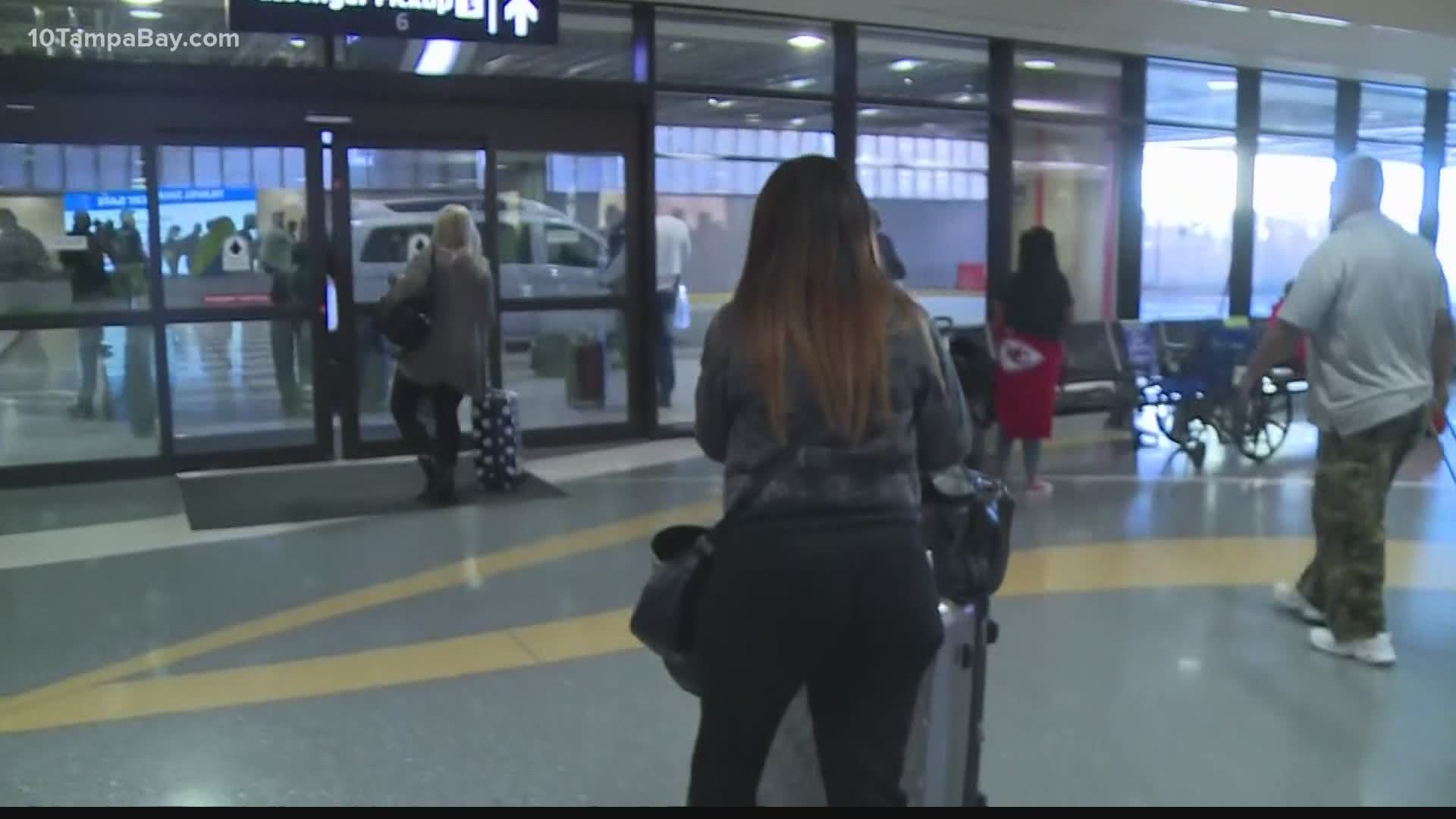 TAMPA, Fla. — Florida is back in the national spotlight as the White House is reportedly considering a domestic travel ban that could impact the Sunshine State.

The thought is, the ban would help stop the rise of new variants of COVID-19.

But Governor Ron DeSantis says that restriction would be "absurd" and "unconstitutional."

"We would oppose it. It would not be based it science. It would purely be a political attack against the people of Florida," DeSantis said in press conference Thursday morning.

This isn't the first time Florida would be a part of a travel ban. Back in July, any travelers from here to New York were fined $2,000 if they didn't follow the travel rules.

But the question is will a ban like this even work to stop the variants? Scientists aren't so sure.

"Florida, unfortunately, is the right target for that kind of a initiative, because we did double our cases of this variant very quickly," Dr. Jill Roberts with USF Public Health said.

But the epidemiologist says that's the same reason it's too late to consider any kind of travel ban that would effect the state.

"We just had the biggest event here in Tampa that could potentially spread this variant beyond the Florida region. Not just domestic, but internationally," Roberts said.

Anyone who came to Tampa for Super Bowl LV could help spread mutations of COVID-19 across the world.

At least 37 states have found cases of the mutation out of the U.K. Florida leads that list right now with 347 cases.

"Travel bans can work if it's a preventative thing, but once it's out there already, you know, this is not going to work," Dr. Thomas Unnasch with USF Public Health said.

Unnasch says for each case of a mutation found, there are 100-500 more that go undetected. He believes a targeted domestic travel ban could work during high peak travel times like Spring Break.

"There's a mixture of warm weather, beach time, no masks and a lot of liquors, so I think it could definitely turn into something of a super spreader event. There may be some argument for trying to limit this whole Spring Break activity," Unnasch said.

But for now while we wait for more people to be vaccinated, scientists say states should be focused on controlling the spread of the virus with mitigation efforts.

"Right now we've seen a decline in cases, but that's kind of the eye of the hurricane. We're going to expect to see another big storm coming pretty soon and I think that's going to be nationwide as a result of this new variant that's coming through. But you know, what happens here, it's really up to us," Unnasch said.

No official plan for a domestic travel ban has been released by the White House. The CDC says they continue reviewing options to help control the spread of the virus.

RELATED: DeSantis says any domestic travel restrictions from Biden would be 'unconstitutional'