After seeing beachgoers patrol each other, the county decided there's no longer the need for extra manpower along the water. 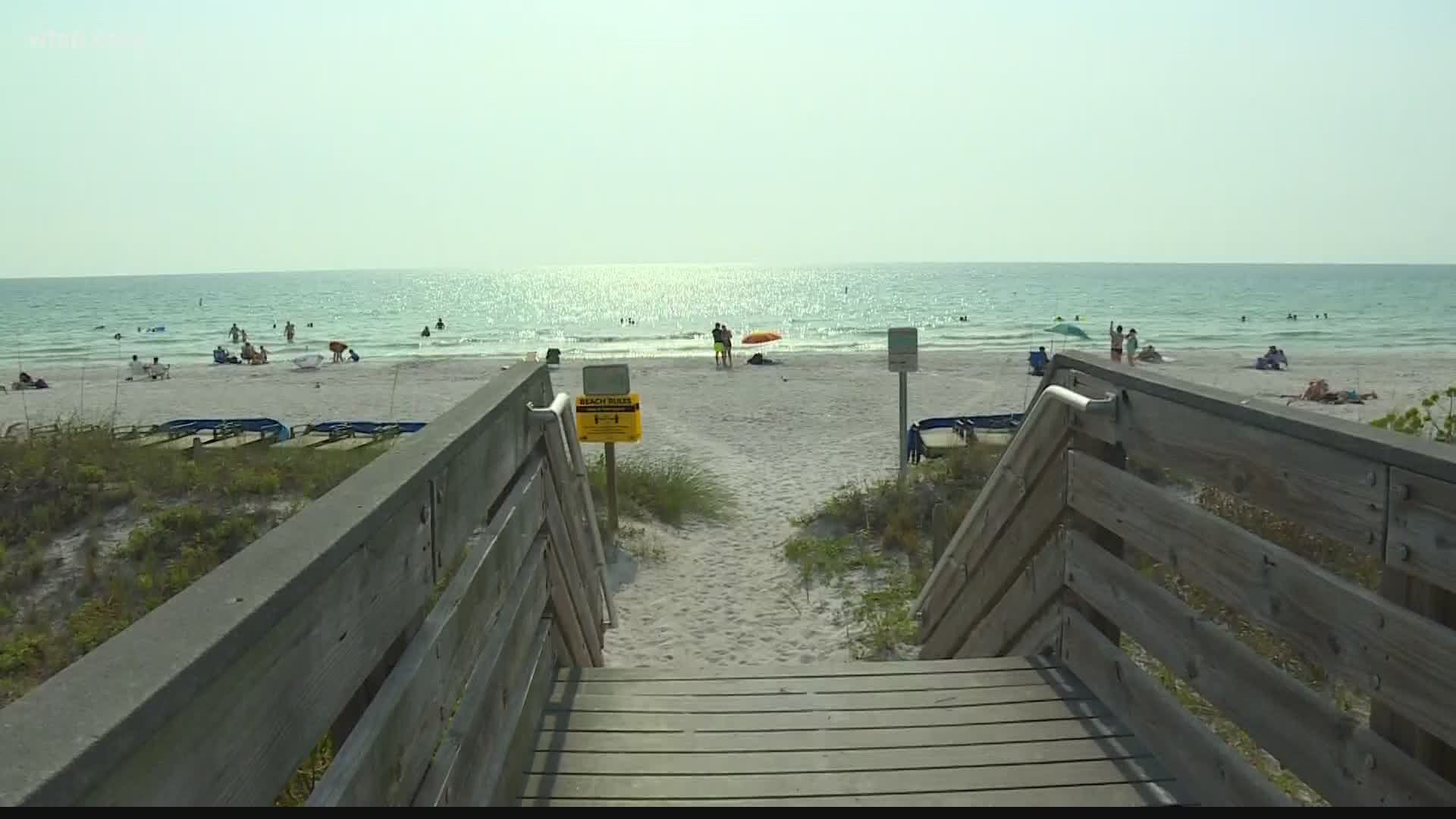 PINELLAS COUNTY, Fla. — The one thing that has helped us control our coronavirus cases is social distancing, but now some officials are turning to you and asking that you take care of one another.

"It's time to take the training wheels off and let them handle it themselves. They're adults. They know what they need to do. Let them be responsible for their own health and welfare," Pinellas County Sheriff Bob Gualtieri said.

After days of reaching unprecedented levels of capacity, deputies won't be there to separate large crowds.

"We can't stay and couldn't stay in the lock down that we were in. It just is not going to happen and its not sustainable for the extended long term process," Gualtieri said.

More than 300 deputies were patrolling Pinellas County beaches each weekend to make sure people stayed six feet apart. But, after seeing beach goers patrol each other, the county decided there's no longer the need for extra man power along the water.

"We just don't have the man power to do that for the rest of the Summer," Pinellas County Chair Pat Gerard said.

Gerard says the county's coronavirus case numbers are still increasing, but the curve has stayed flat. She says they're trusting people will do the right thing.

"The signs are still going to be up at the beach. They're not taking the signs down, but they're taking the enforcement down. Police don't have the resources to go around telling people to behave and to not be dumb," Wolfson said.

With many of the deputies being shifted to patrol the beach, we asked the sheriff how much his office has had to spend in order to enforce social distancing. He couldn't give an exact number, but did say all the overtime they've accrued over the last few months will be reimbursed by FEMA and the federal government.