Climbing COVID-19 cases were cited as a concern. 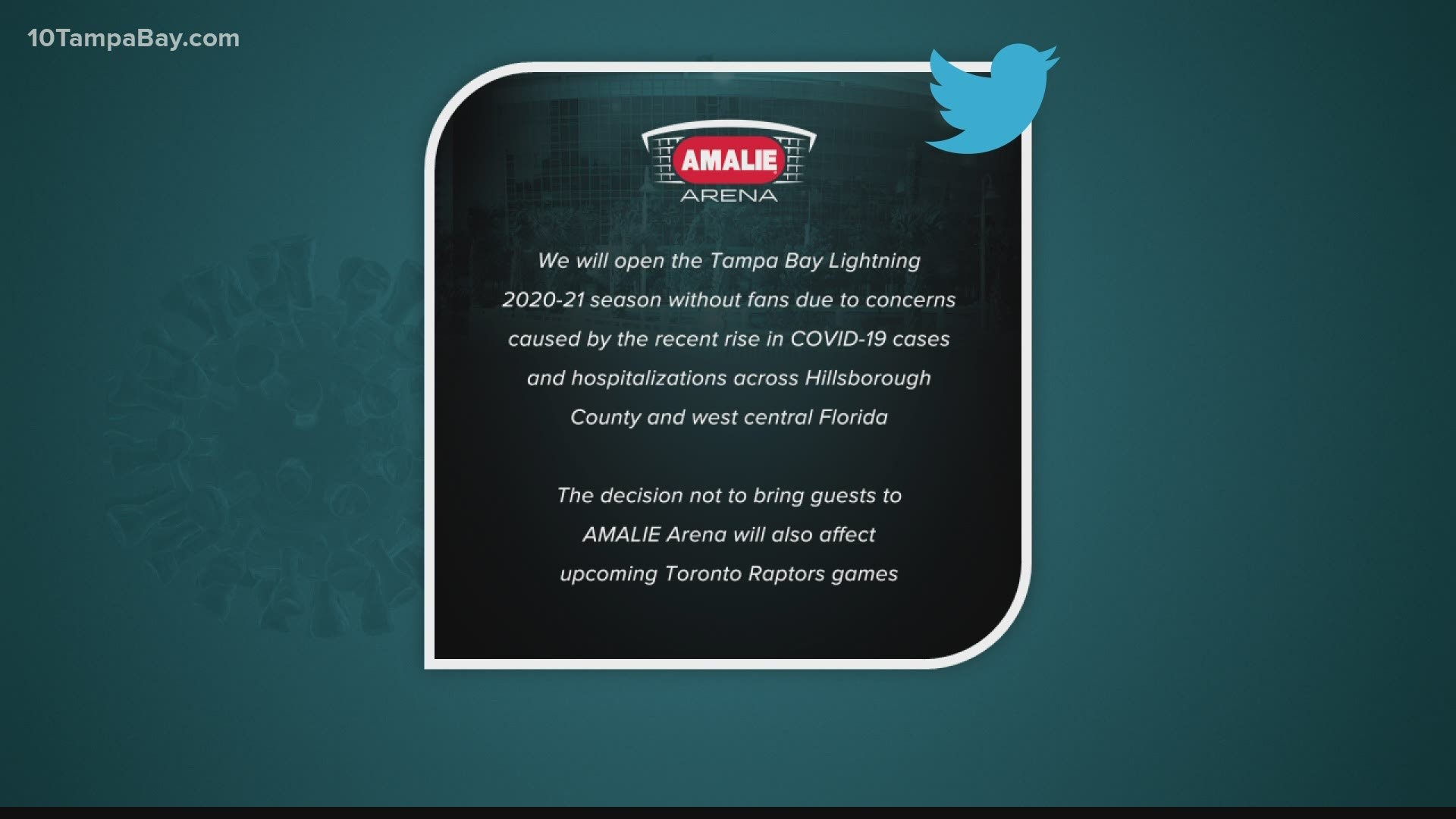 TAMPA, Fla. — The Tampa Bay Lightning will open the season without fans in the stands because of increasing COVID-19 cases.

Its parent company, Vinik Sports Group, said Saturday in a news release that Amalie Arena will be closed to fans through at least Feb. 5.

The closure affects the Lightning's first game of the season on Wednesday, Jan. 13, against the Chicago Blackhawks. Fans have been allowed to watch the Toronto Raptors play at Amalie, but its future games will be fanless, as well.

“We have worked tirelessly, putting every safety measure possible in place at AMALIE Arena. However, as we review current data and COVID-19 modeling for the next few weeks in the Tampa Bay area, we do not believe it is prudent to admit fans inside the arena at this time,” said Steve Griggs, Chief Executive Officer for Vinik Sports Group and the Tampa Bay Lightning, in a statement.

“Please note the decision to close AMALIE Arena was made internally, without direction from local health or government officials.”

We will no longer have fans at upcoming @TBLightning and @Raptors home games due to the recent rise in COVID-19 cases. pic.twitter.com/2kQSxDZ9Hg

People who bought tickets for the season will be contacted by the ticket office with options on ticket refunds or use for future games.

Florida in recent days has seen a significant uptick in the number of reported COVID-19 cases, crossing 19,000 cases for the past two days in a row. It is the highest number reported since the pandemic began.

The statewide percent positivity for new cases crossed 10 percent in late December. A figure of less than 5 percent, sustained for two weeks, has been cited by the World Health Organization is necessary for a safer reopening of the economy.