Mark Metzger says he gained back 20 of the 30 pounds he lost while in the hospital with COVID-19. 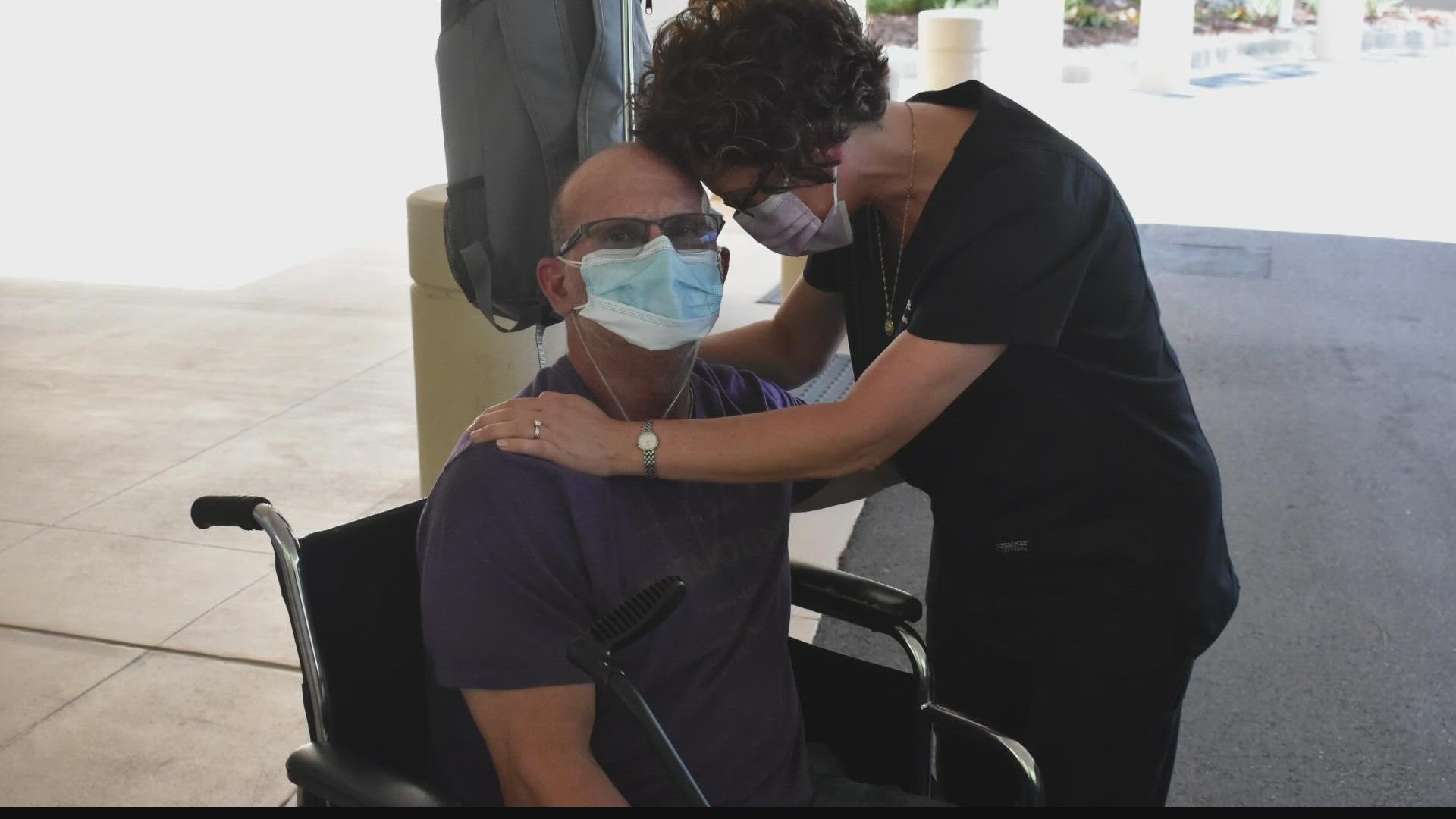 TAMPA, Fla. — Mark Metzger has spent a lifetime sculpting every inch of his physique through fitness and diet but none of it mattered when COVID-19 took hold of his body.

The bodybuilder said he and his wife were diagnosed with COVID-19 in early August and although he tried fighting it off at home, he became too sick and his wife called an ambulance.

Stephanie Metzger, Mark's wife, said she decided to call 911 when he was too weak to walk down the stairs. They physically could not get him out of the house.

"I couldn’t get him from the second floor to the first floor, he’s a big dude," said Stephanie who admits she was in denial as Mark's continued to worsen at home.

From there, things got worse before they got better.

RELATED: 'I was almost dead': Tampa bodybuilder regrets not getting vaccinated against COVID

Mark said he was in heart, lung, and kidney failure when he arrived at the hospital.

He said he asked the doctor if he was going to survive. Mark remembered the response:

"I don’t think you realize how sick you are. That’s when it hit me," Mark said.

Meanwhile, Stephanie was back home, battling COVID-19 herself.

"The nurses called me pretty much daily and we talked about him going on a vent. Every day, they just wanted me to know that he was pretty close," Stephanie said.

Mark never did go on a ventilator and after thirteen days in the hospital, he was released, albeit in a wheelchair, hooked to an oxygen tank with a recovery plan involving an in-home nurse.

That didn't matter. He survived.

"It was just about surviving," said Mark, who still has trouble breathing and can't exert himself the way he could before COVID.

Mark was not vaccinated. He said he regrets that.

"If I could do the vaccine and have it be, say I got it anyway, and it was way less than it was the way I had it, I would take the vaccine in a heartbeat, of course I would," Mark said.

Mark and Stephanie Metzger hope their story inspires others to take the virus seriously and give people hope about the journey back to normalcy.

"Just be diligent. Listen to what they’re telling you. Wear your mask. Wash your hands. Put on a face mask. Just be …be kind, oh my gosh be kind to each other," Stephanie said.