Orlando Gudes lost his vision, developed a blood sugar disorder and was hospitalized. He's urging everyone to get tested and wear masks. 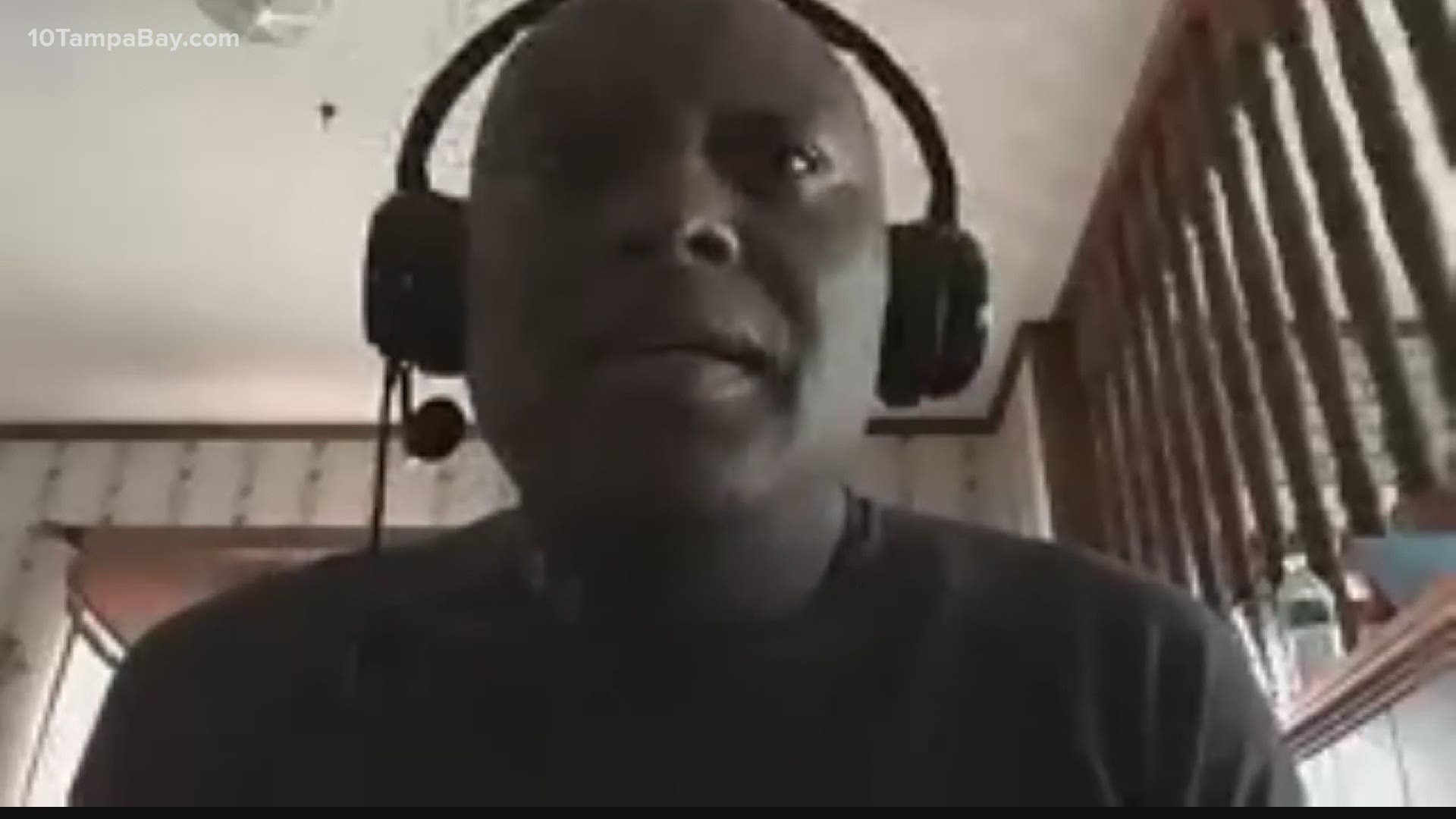 He represents District 5 and is the only Black member of Tampa City Council.

He agreed to talk with 10 Investigates’ Courtney Robinson in hopes that his story is a wake-up call to everyone questioning the dangers of coronavirus and wants the African American community in Tampa to make sure they get tested.

On a Friday afternoon, Gudes signed into Zoom. He said he was feeling better, but not 100 percent.

July 10, he wasn’t sure he’d say those words. He was in the hospital.

“I got hospitalized. I tell you I didn’t think that was gonna happen. I thought I was getting over it and then all of a sudden things started to change with different organs in my body and it just went another way,” he said.

Gudes tested positive on June 17 after Mayor Jane Castor encouraged him to get tested because one of her staff members became ill.

He didn’t have symptoms, but those came in days. He described back pain, aches and chills. He says he never had respiratory problems.

A friend called to check in on him the week of July 6, and he told her that he wasn’t feeling right. She called his doctor, and he was immediately taken to Tampa General Hospital.

Gudes says he lost his vision and had developed a blood sugar issue.

“I was in a hospital bed that my family couldn’t come see me. I had nobody. I was there alone,” he said.

“These people are there in the hospital and they’re alone and you can’t have people come and see you to comfort you or give you anything. So, you sit there and you’re…I know how these families who lost someone feel to not be able to see your loved one again or get those final rights.”

Prior to being diagnosed with COVID-19, the 52-year-old was healthy.  He says he had no underlying conditions. He also admits he didn’t take the virus as seriously as he now does.

He says he feels better but is weak. He’s lost weight and his vision is just starting to return. He said it was about 97 percent.

He makes a habit of getting out of bed and walking in his yard.

When asked if he was worried about the African American community and COVID-19, he didn’t hesitate.

“Yes I am. The numbers are showing it, so I think you need to look at hey, making sure we get tested, making sure we’re doing what we need to do to save our community. This is something, like I said, that is very, very serious.”

Gudes says you can’t wait to get tested and urges everyone to wear a mask saying they will save “a lot of lives.”

“I urge you to go get tested, especially the African American community. Don’t be afraid. It’s better to know than not to know.”