Tampa General Hospital was chosen to be among the first five hospitals in the state to receive the vaccine. 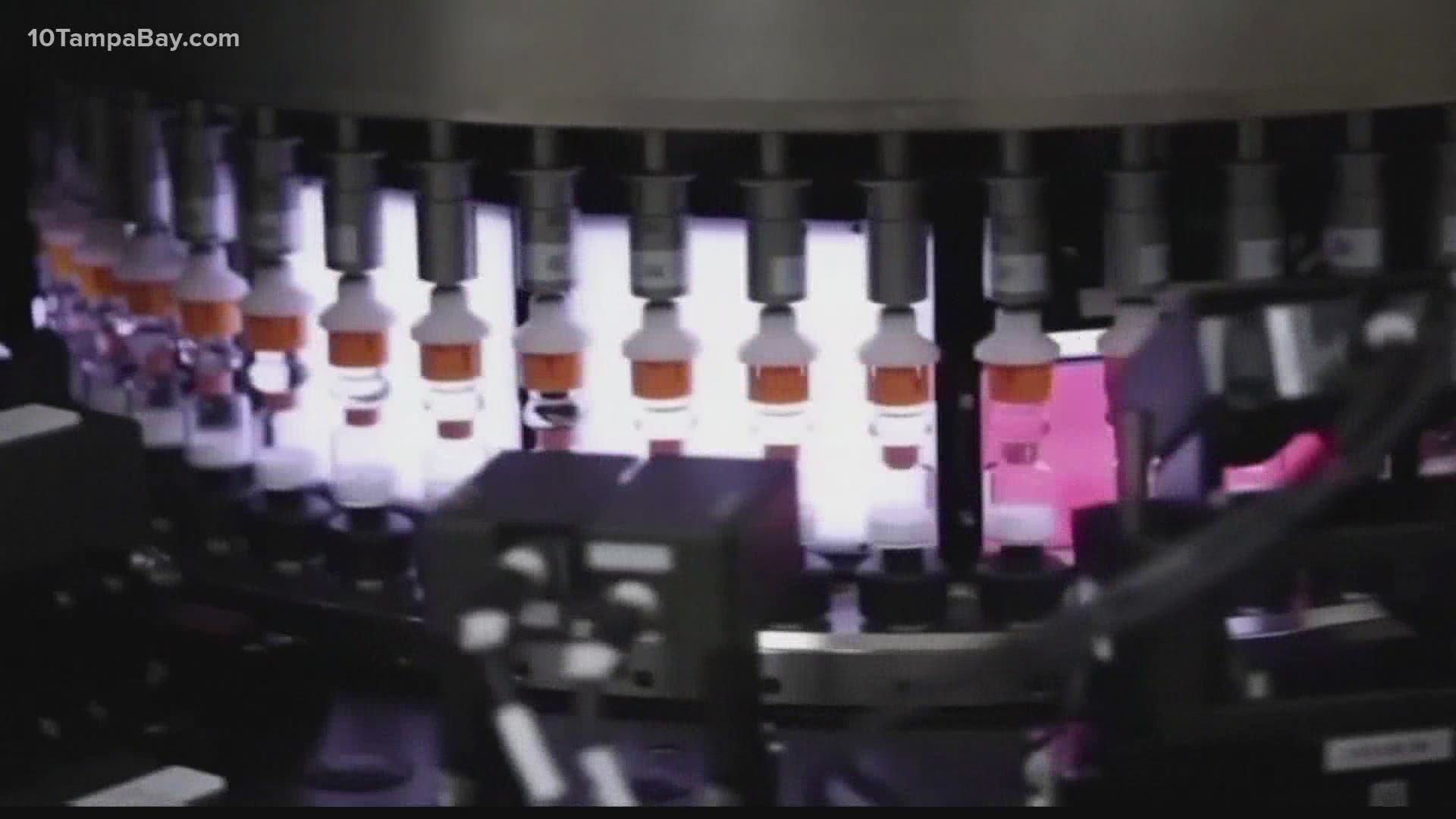 TAMPA, Fla — A vaccine for COVID-19 is one step closer to emergency authorization by the FDA.

An advisory panel worked all day Thursday and voted to recommend that authorization, which could happen very quickly.

At Tampa General Hospital, staff members are awaiting word on when those first shipments of vaccines will start rolling in.

TGH was earlier chosen to be among the first five hospitals in the state to receive the vaccine along with ones in Jacksonville, Orlando, Hollywood and Miami.

Tampa General’s pharmacy has three special freezers, allowing TGH to safely store 510,000 doses of the vaccine at one time. After a vial is removed from the freezer, it is stable for five days in a pharmacy refrigerator, according to the hospital.

"To become injectable, it is mixed with a diluent that requires the vaccine to be used within six hours," TGH said.

As a result, TGH said there would be no “on-demand” vaccinations. Vaccine administrations would be scheduled.

“This vaccine provides hope to our community, and Tampa General is honored to support this pilot program,” John Couris, president and CEO of Tampa General Hospital, wrote in a statement Friday. “We are ready to accept the shipment; we have the personnel, the supplies and the procedures in place to distribute the vaccine. We stand ready to support the Governor and our state officials in whatever capacity is asked of us in the distribution of the vaccine.”

Across Florida, front-line medical workers and those living in nursing homes will be first in line to be vaccinated. The COVID-19 vaccine stored at Tampa General will initially only be available to its doctors and staff at the greatest risk for exposure.

"If the vaccine supply received allows for it, once the initial group of TGH workers have begun to receive the vaccination, TGH will supply partner hospitals – AdventHealth, BayCare, Bayfront, HCA and Moffitt – with the vaccine for their first phase group of healthcare workers," TGH explained in a news release.

The FDA is expected to make a final decision on the vaccine’s emergency use quickly. Shots in hospitals and nursing homes would then begin almost immediately, but widespread access to the general public is not expected until spring -- depending on production levels.

"Eventually, Tampa General will support 21 locations in the community to serve as general immunization sites," TGH explained. "The timeline for this stage of availability is not known at this point, but Tampa General is committed to keeping the community informed."