'I was almost dead': Tampa bodybuilder regrets not getting vaccinated against COVID

Mark Metzger said his oxygen level was at 50 percent and he was in heart, kidney, and lung failure when he was rushed to the hospital. 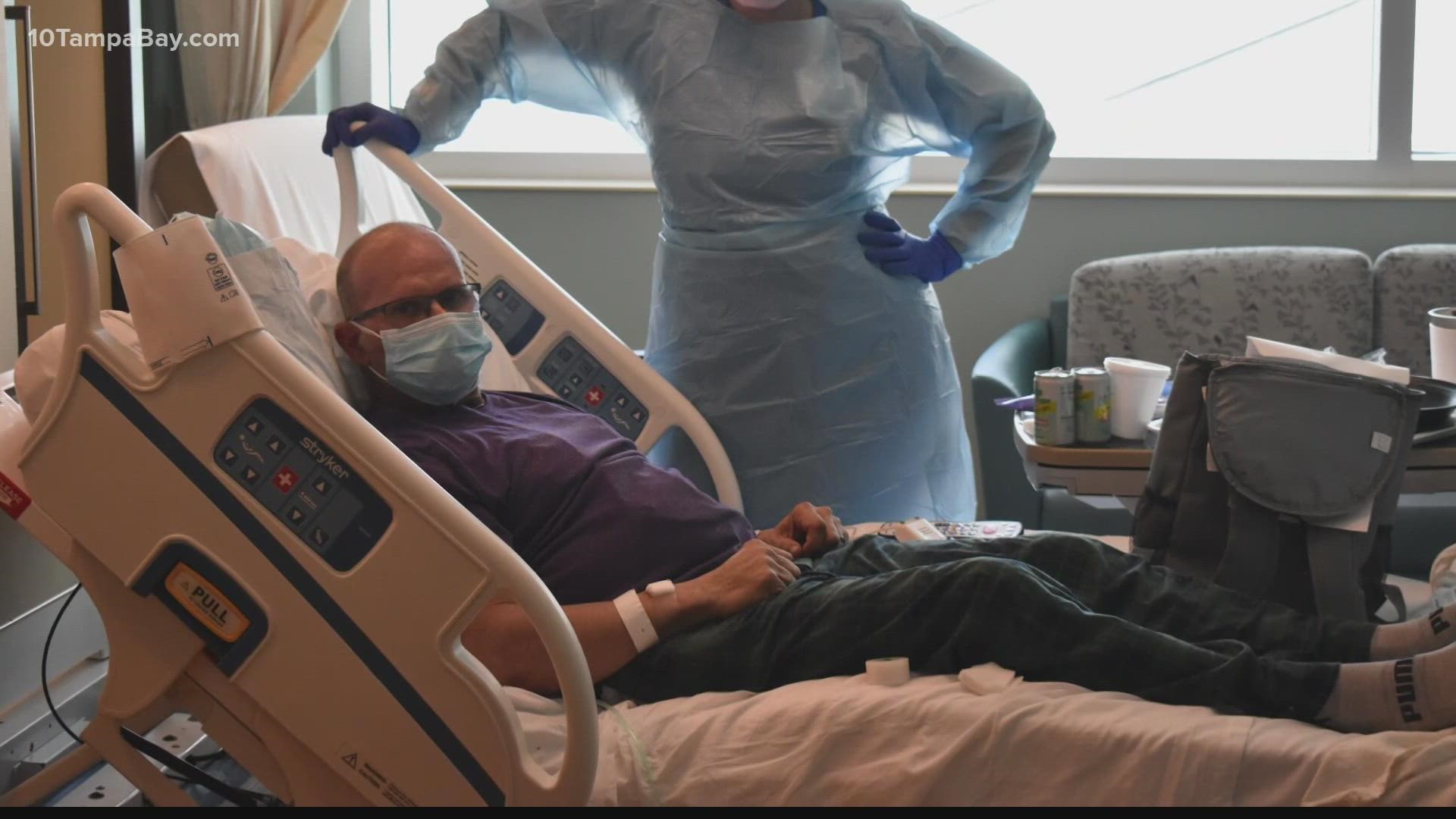 LUTZ, Fla. — Mark Metzger has dedicated his entire adult life to making sure his body was as strong and healthy as possible.

He started competing on the national bodybuilding level in 1992 and won numerous shows across the state of the Florida.

Metzger eventually opened a gym, Metzgerbodies in Tampa where he offers personal training to help others achieve their fitness goals.

But two weeks ago, Metzger's entire life was turned upside down when he tested positive for COVID-19.

A sore throat and fatigue quickly turned critical for the 55-year-old with no underlying health issues.

"I was not able to go down the stairs. I could not breathe and so when the ambulance came and got me to the ER, they told me my oxygen rate was at 50 which most people don’t survive. I was in kidney failure, heart failure, and lung failure," said Metzger.

He spent thirteen days at St. Joseph's Hospital-North in Lutz. Metzger said he doesn't remember most of his stay as he fought COVID-19 and pneumonia.

"They said basically when they brought me in here, I was almost dead," said Metzger.

Metzger believes his team of doctors and nurses were critical in keeping him off the ventilator. He also regrets not getting the COVID-19 vaccine.

"I heard a lot of negative stuff like it wasn’t’ foolproof, blood clots and legs getting amputated, things like that," Metzger said about why he didn't get the shot.

Now, he plans on getting the vaccine when he gets out of the hospital saying, "Because if I do get it again, it makes it not so intense. I want to be an advocate for this. I don’t want anyone to experience what I did because I got to tell you, by the grace of God is the only reason I’m here."