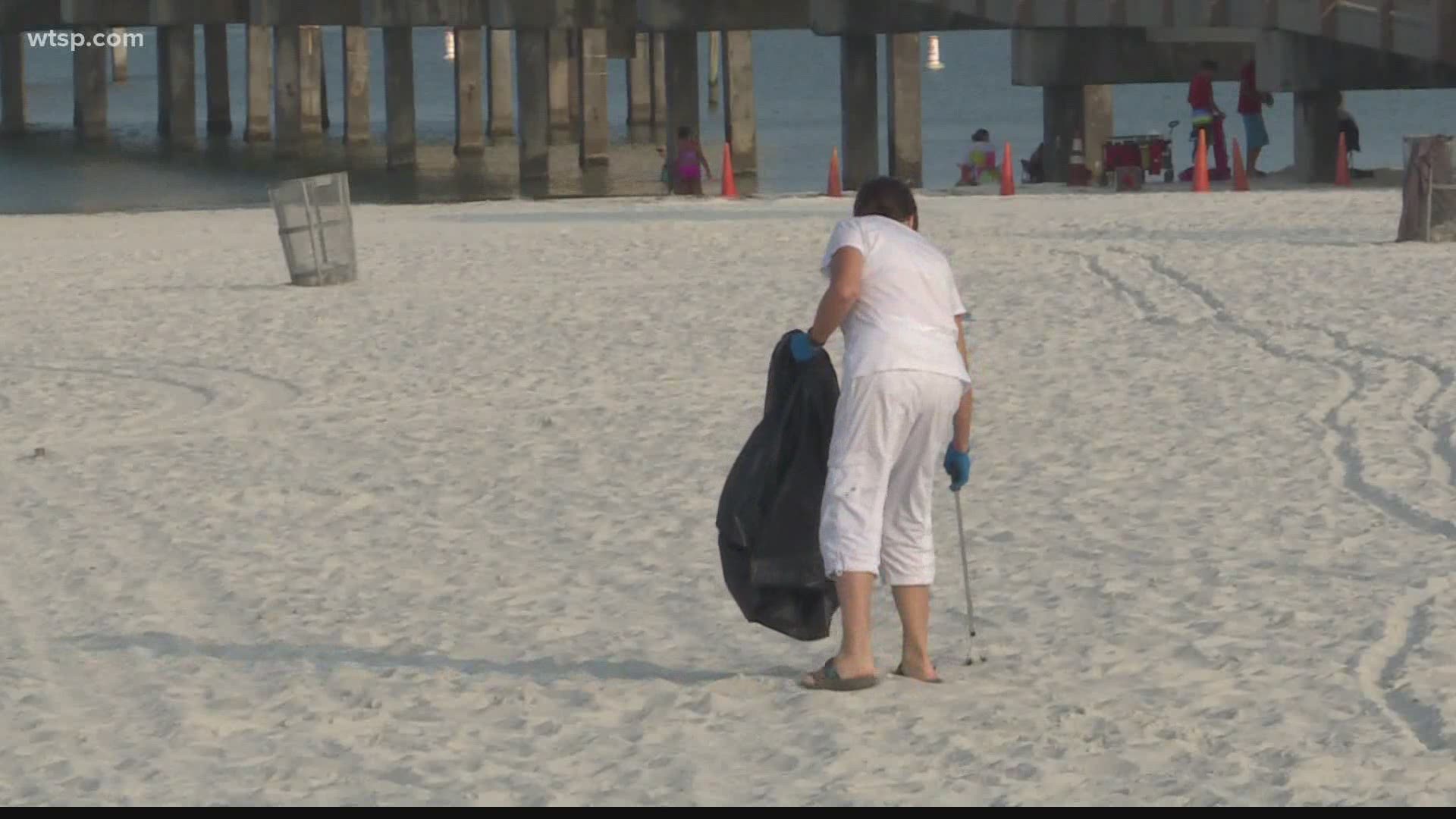 ST. PETE BEACH, Fla. — Pinellas County beaches have only been open four days and they're already getting trashed by beach goers.

Littering has always been a problem for our Tampa Bay area beaches. But normally, we have volunteer groups that help keep trash levels in check. However, quarantine and safety rules are preventing them from helping in full force.

"I would say there's as much trash on the beaches as we would see during a normal day and that's not good," John Helms executive director of Salty Soul Foundation said. "We're seeing a lot of bottles, beer cans, plastic cups, medical gloves and masks."

Salty Soul Foundation is a non profit that helps organize groups of volunteers to clean up beach trash. Just two days after beaches reopened to the public, they posted a picture of trash left behind and it set people off online.

The post got more than 400 shares and comments with Kathy writing: "Walked out onto St. Pete Beach this morning to beer cans and trash everywhere," Patrick wrote "Sarasota's beaches trashed already," and Diane wrote: "I remember when you got fined for littering... with signs posted everywhere.. and you would get a ticket for throwing trash out of your car."

"We went out yesterday to take a look and we saw the normal amount of trash which is discouraging to see," Helms said. Helms said before quarantine the organization was seeing a record number of volunteers. "In January we had 200 and in February we had 250 but obviously numbers have slipped these past three months because we haven't been able to do a cleanup."

Their monthly cleanup for May was set for this Saturday and is already postponed. It's a big deal because this organization cleans up about 1,200 pounds of garbage each month in the Tampa Bay area.

"Our volunteers have been in the mangroves pulling out spare tires, bicycles and even a push lawnmower once," Helms said. Helms said a lot of his volunteers are reaching out asking how they can help. With CDC guidelines prohibiting small groups, he says they can only go alone or with their families to pick up trash safely. "Instead of being able to do it by the hundreds, we can still go out in very small groups or alone," Helms said.

"The most important thing is that if you bring out trash to take it back with you and not leave it at the beach in the first place," Helms said.

About 80 percent of trash on the ground enters our waterways, one of many important reasons to keep trash in the trash can.